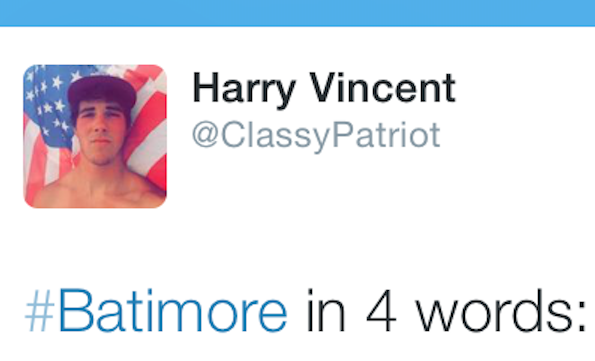 TCU has walked back its suspension of a student after he made a series of social media posts the university deemed offensive.

Have been reinstated as a student at #TCU under disciplinary probation- no suspension. Thanks for all the support #FreedomWins

Vincent must still do 60 hours of community service and attend a diversity course. He will be on disciplinary probation for a year, instead of until he graduates.

The initial “suspension in abeyance” would have allowed Vincent to continue taking classes at TCU, but not participate in certain campus activities including sporting events. He also would be barred from using the University Recreation Center and entering residence halls.

“We must ensure that our difficult conversations are civil, inclusive, tolerant and respectful so that we can shed light on different perspectives and not allow them to fester in the dark, resulting in greater divisions on our campus,” Boschini wrote.

Vincent’s case was thrust into the national spotlight last week when the Foundation for Individual Rights in Education sent a letter to Boschini.

“FIRE is deeply concerned by the threat to freedom of expression at Texas Christian University (TCU) posed by the university’s disciplinary action against student Harry Vincent on the basis that his social media commentary offended various individuals on the Internet,” the organization wrote.

Vincent’s posts received heavy traffic after a middle school classmate he identified as Kelsey put them in a Tumblr post. Kelsey, who is not a TCU student, wrote that Vincent’s comments were “racist” and “disgusting”. She implored viewers of the post to contact TCU’s administration and complain about Vincent’s tweets.

“The tweets were about Baltimore,” Vincent said. “I didn’t say anything about race. People turned that into race.”

Glory Robinson, associate dean of students, met with Vincent on May 1 to discuss the tweets in question and inform him of the charges. Vincent was also told to write an apology letter and a recommendation on what disciplinary actions should be taken against him.

Vincent was found in violation of Section 3.2.1 and 3.2.13 in the code of student conduct.

Section 3.2.13, however, covers “any conduct that is considered inappropriate or inconsistent with the university’s mission, vision or core values.”

Vincent believed he was being punished because the university connected his tweets with the controversial Yik-Yak posts about the Baltimore riots.

“It seems like they were trying to use me as an example,” Vincent told TCU 360 last week. “The punishment didn’t fit what I had done.”

A statement from the university last week defended the decision: “TCU expects its student to behave in a manner consistent with its mission… When students’ conduct violates the university’s behavioral standards, they are subject to a disciplinary process, and will be held accountable for their actions.”

Donald Griffin contributed to this report.

Emergency drills in buildings cut short due to social distancing

Game day in Fort Worth