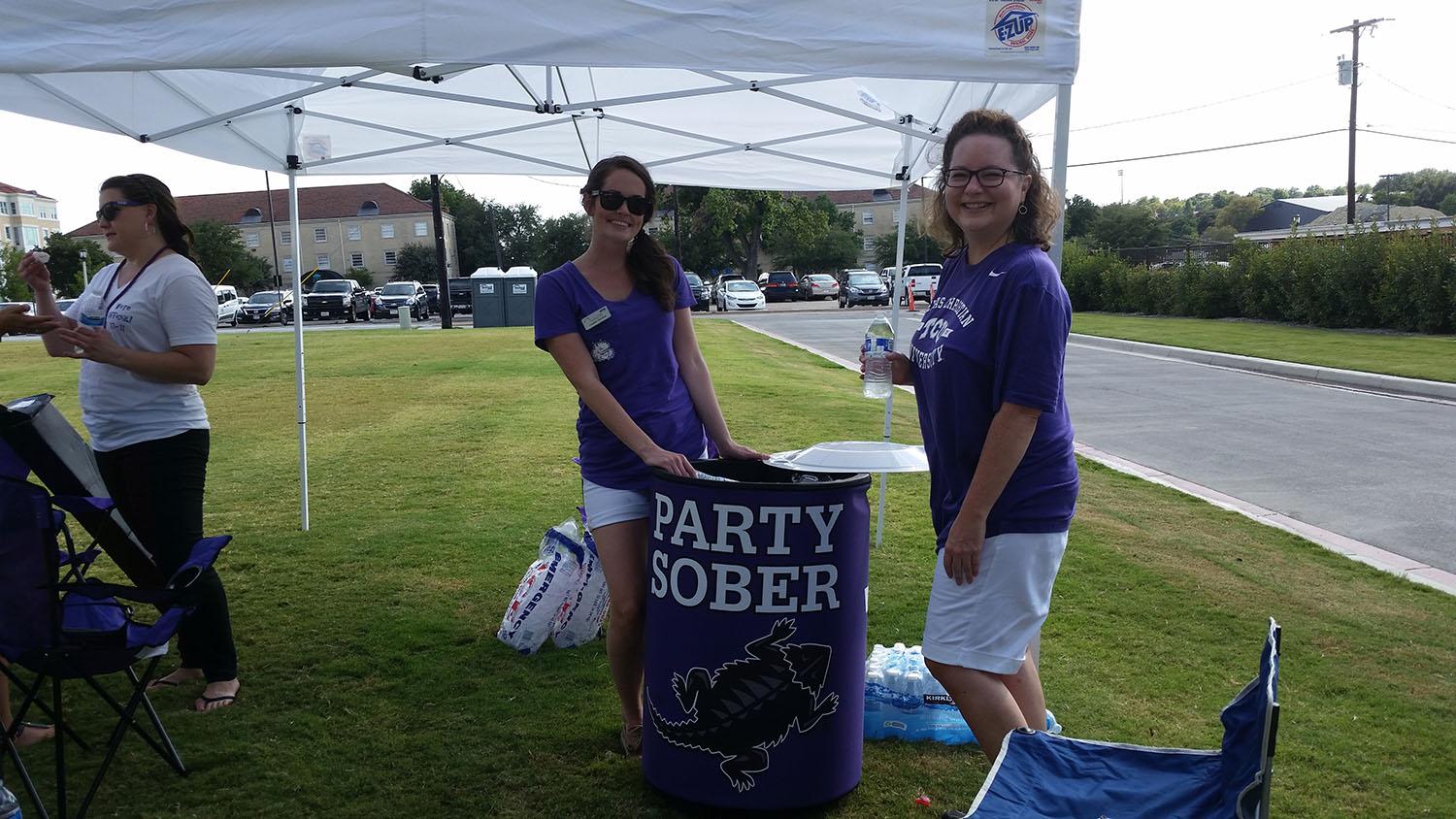 print
In response to the increase in alcohol violations on campus, the TCU Alcohol and Drug Education Department held a sober tailgate before the home game against Southern Methodist University on Saturday to promote substance awareness.

Alcohol-related incidents have been on the rise at TCU over the past several years.

In 2010, a total of 489 liquor law violations were recorded in the annual crime report. That number increased to 708 in 2013 (the most recent year for which information was available).

Fifteen violations have been reported in the month of September, according to the daily crime log. And “pre-gaming” at football games has had a significant impact on these numbers, as incident rates were higher on weekends in the fall.

“The numerous tailgates across campus and the easy to access alcohol at these tailgates, and the increase in volume of people, from a daily average of 13,000 to 50,000 plus, has a lot to do with the increase [in alcohol violations],” said Lt. Ramiro Abad of the TCU Police Department.

In order to combat this trend, the ADE center has created an alternative option for students.

“A lot of students if they’re not in an organization that has their own tailgate, then they’re kind of stuck not really knowing what to do before a game. But this gives them a place to go,” said Caroline Albritton, program specialist in drug and alcohol education at TCU.

Albritton said the idea of a sober tailgate came from a student who said he waited until the last minute to go to games because of the temptation of alcohol at tailgates.

“That really just made me think, wow, I wish there was a place where students could go who don’t drink—who are nondrinkers—and not feel pressure to consume alcohol before a game,” Albritton said.

The sober tailgate was set up behind the Multi-Purpose Building on Bellaire Drive North, and provided free pizza and soft drinks to the 140 students and fans who attended.

“You don’t have to drink to have fun,” said Albritton. “But our office isn’t abstinence based either. We really just promote responsible decision making when it comes to alcohol and other substances.”

The ADE plans to hold at least one, if not two more of these tailgates this season.  The dates have not been determined yet. In the future, they hope to have one at every home football game, Albritton said.