TCU showcased plans for the new Greek village at a walk-through exhibit in the Brown-Lupton University Union Ballroom Tuesday night.

The village, which will be located on the site of the current Greek houses in Worth Hills, is expected to be completed in time for the fall semester of 2018. The sorority houses are scheduled for completion in the summer of 2017, while the fraternity houses are planned to open a year later.

The exhibit featured renderings, miniatures and a computer-animated video of the planned fraternity and sorority houses. Also on display were textures, flooring and paint schemes that will be used.

“Something that they wanted me to accomplish at TCU was to rebuild the Greek village, and we are ready to do that,” said Kathy Cavins-Tull, the university’s vice chancellor for student affairs. “I love it. It’s a great investment in our Greek community on campus.”

The university will work with the Tulsa-based architectural firm KSQ in the development of the village. The two have had a partnership since 2005.

The project will replace the current Greek houses on campus, which were built in the 1960s. Below is an interactive aerial map of the Worth Hills area from October 2014, showing which structures will stay and which ones will be knocked down. 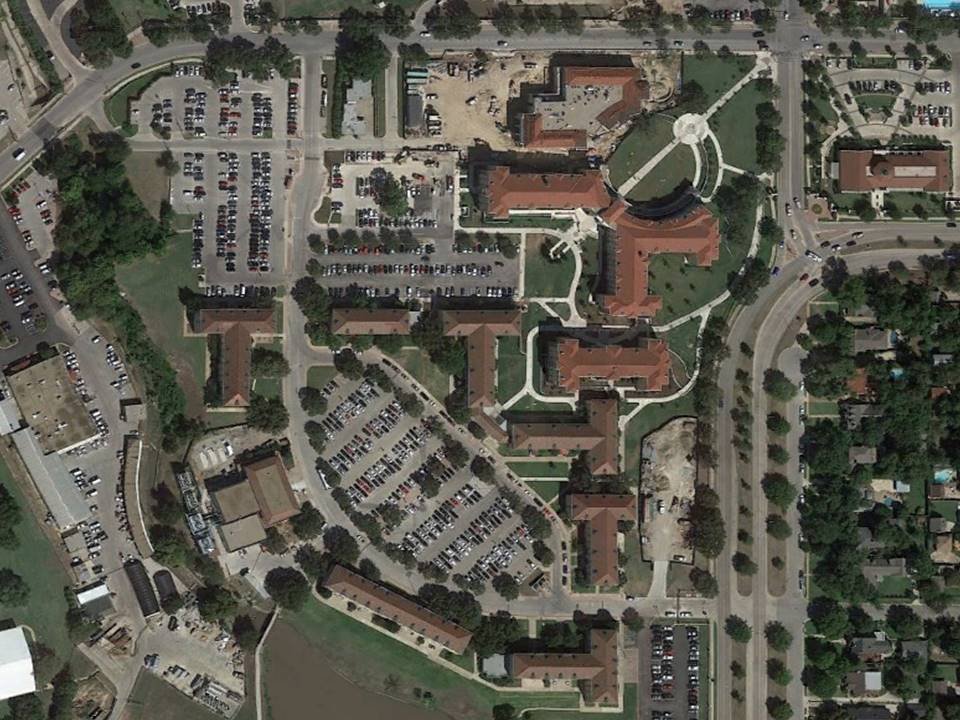 The aging Greek housing structures last received renovations in the early 2000s, but they were only meant to be temporary improvements.

“It needs a good renovation,” Stevens said. “It’s really outdated. The restrooms and rooms could be better. I had no power in my room for three days once.”

Sophomore Tristan Saint, who lives in Martin-Moore Hall where the Phi Gamma Delta (FIJI) chapter is housed, was also critical of his current residence.

“I wish the outside bricking was power washed and cleaned off,” Saint said. “As far as the kitchen area goes, it needs an upkeep.”

Cavins-Tull said the new houses will be architecturally improved from the current ones, both on the inside and out.

“The exterior of chapter houses will have a bit of a porch, and fraternities will have patios on the back,” Cavins-Tull said. “Housing will be combination of doubles, suites and apartment style, and it will be fabulous.”

The university’s associate director for facility planning and construction Harold J. Leeman Jr. said the new fraternity and sorority houses will have a distinct appearance from each other.

“Even though we may have more than one chapter in a building, each section of that building will look like ‘I’m going to my chapter and nobody else’s,’” Leeman said. “It’s a different kind of brick or cast stone and it will be really cool.”

Students expressed excitement for future fraternity and sorority members that will live in the Greek village.

“I’m pumped and I’m so jealous of the people who will live there,” sophomore Ben Taylor said. “I wish I had been born in 1999 so I could have my entire four years there.”

The first stage, the construction of the sorority homes, is set to begin in May 2016.