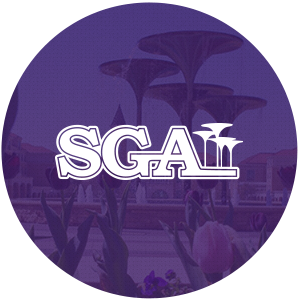 print
First-year students who want a say in how to spend $730,000 might want to consider joining the Student Government Association (SGA).

As a member of either the House of Student Representatives or Frog Aides, first-year students can affect how the SGA’s budget is spent through either drafting legislation, or planning events on campus.

Applications to run for Class of 2019 representative are due Friday at 11:59 p.m. and elections are on Sept. 14. Applications can be found on the SGA website.

As a representative for the Class of 2019, first-year students would attend weekly house meetings on Tuesday nights, serve on a specific committee in SGA, and draft and propose legislation of their own said Bailie.

“Working on legislation that their peers want to see happen on campus is what we really strive to do,” Bailie said.

Bailie said there is a specific type of person who she thinks would do the best as a representative.

“People who just really want to see change happen and are willing to make that happen,” Bailie said. “People who are really excited about TCU, and passionate and want to see it improve.”

“If you don’t know what you want to do at TCU it’s a good place to start,” Mulkey said. “We have so many random organizations we’re in, so if someone is interested in something there’s a good chance someone on exec has done that or knows someone that has done it.”

Applications for Frog Aides, a first-year leadership development program, are due Monday 11:59 p.m. and after an interview process, invitations to join the program are expected to be sent out on Sept. 20. Applications can also be found on the SGA website.

“It’s probably more similar to what they did in student council than the typical House of Representatives,” senior co-director Blake Tilley said. “It’s more focused on developing the Frog Aides as leaders.”

Students who are part of Frog Aides will attend weekly meetings on Tuesday nights where they will focus on developing their personal leadership skills, plan events for the fall, and decide as a class what larger event they want to put on in the spring said Mulkey.

As part of the Frog Aide application process, applicants are expected to give a short presentation that tells something about themselves said Tilley.

“If what you did in high school was choir and played guitar in Potbelly’s then come in and do that because that’s who you are,” Tilley said. “Creativity doesn’t necessarily give you points, but it gives you points if it shows who you are.”

First-year students can also apply to fill one of the other four vacant house seats from the Honors College (two seats), the College of Science and Engineering, and the College of Education. All applications can be found on the SGA website.