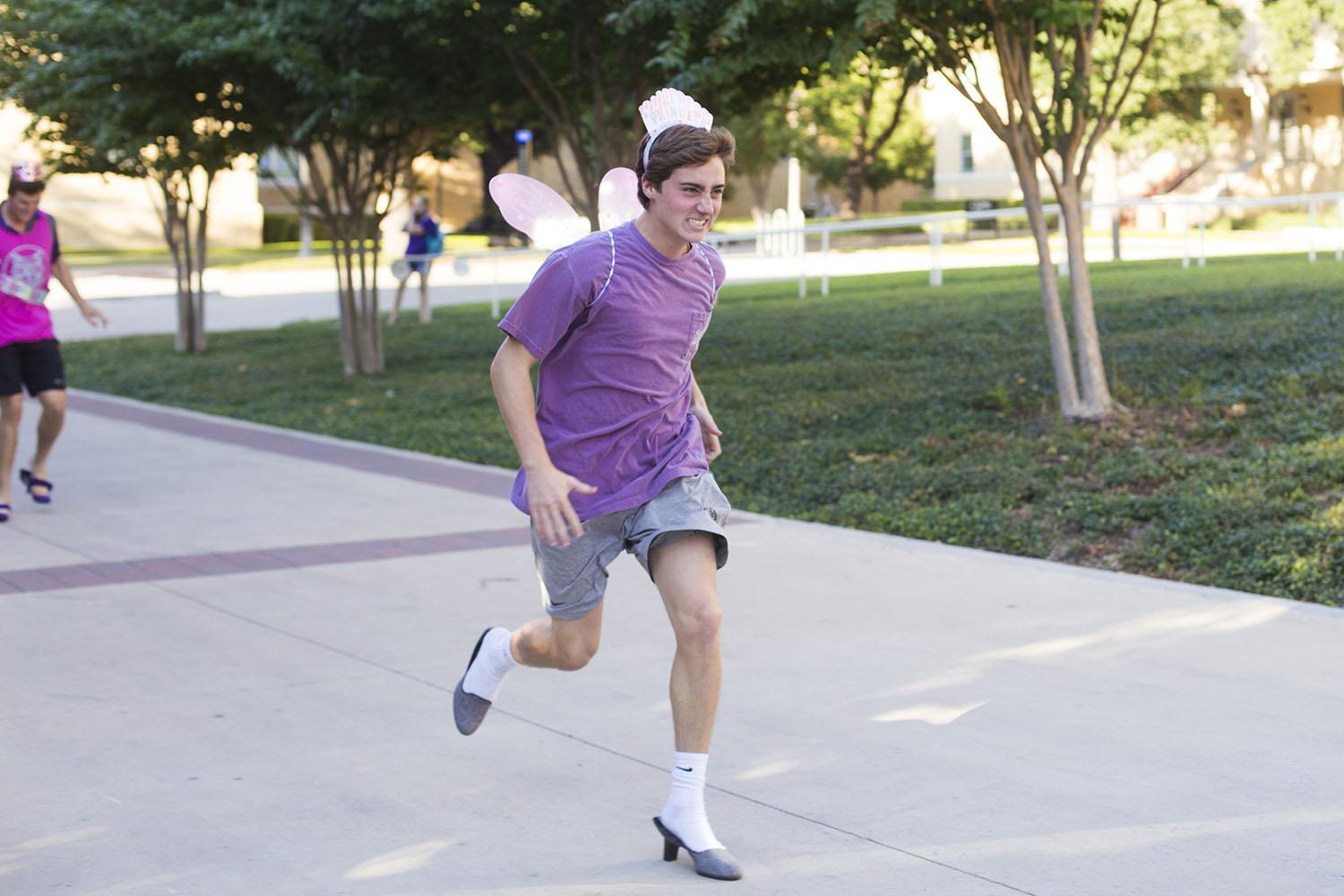 Alpha Chi Omega Walk A Mile In Her Shoes from TCU360’s Dean Straka.

Students saw some men turn the Commons into a catwalk Tuesday night for Alpha Chi Omega’s Walk a Mile in Her Shoes event.

Men from 10 different fraternities stepped into women’s heels as organizers of the domestic violence awareness event challenged them to see things from a woman’s perspective.

“We have the men run around in heels not just because it’s fun, but it’s also supposed to raise awareness about what others are going through,” Alpha Chi’s philanthropy chair Lauren Graffeo said.

Graffeo said that one in four women are affected by domestic violence; though it may be prevalent in society, it’s rarely discussed.  According to the Department of Justice, women aged 18-24 and 25-34 are the most at risk to experience domestic violence.

Graffeo said that the Walk a Mile coaches from Alpha Chi went to the different fraternity meetings to talk about the event and domestic violence awareness.

Catie Cruikshank, Alpha Chi’s vice president of public relations and marketing, said that each fraternity pays a fee to sign up for the event and the proceeds from Walk a Mile go to the winning team’s philanthropy.

“It’s us giving back to them while promoting domestic violence awareness,” Cruikshank said.

Cruikshank said that Walk a Mile was a way for more people on campus to understand how common domestic violence against women is.

“It’s a fun way to build awareness,” Cruikshank said. “Obviously men can experience domestic violence as well, but it is one in four women that experience it, so it gives another way of seeing the issue.”

David Laughlin, a first-year business major who was on the winning Phi Gamma Delta team, said the event was a community-building experience that helped bring attention to this issue.

“It was an experience to say the least,” Laughlin said. “The event was a great way to bring guys from all over campus together and just have a good time for a good cause.”

In addition to the Walk a Mile event, Alpha Chi had fundraisers at Potbelly’s this week, where 20 percent of proceeds went to The Women’s Center of Tarrant County. The sorority also had an awareness event Wednesday by the Founder’s Statue to hand out stickers and help increase knowledge about domestic violence.