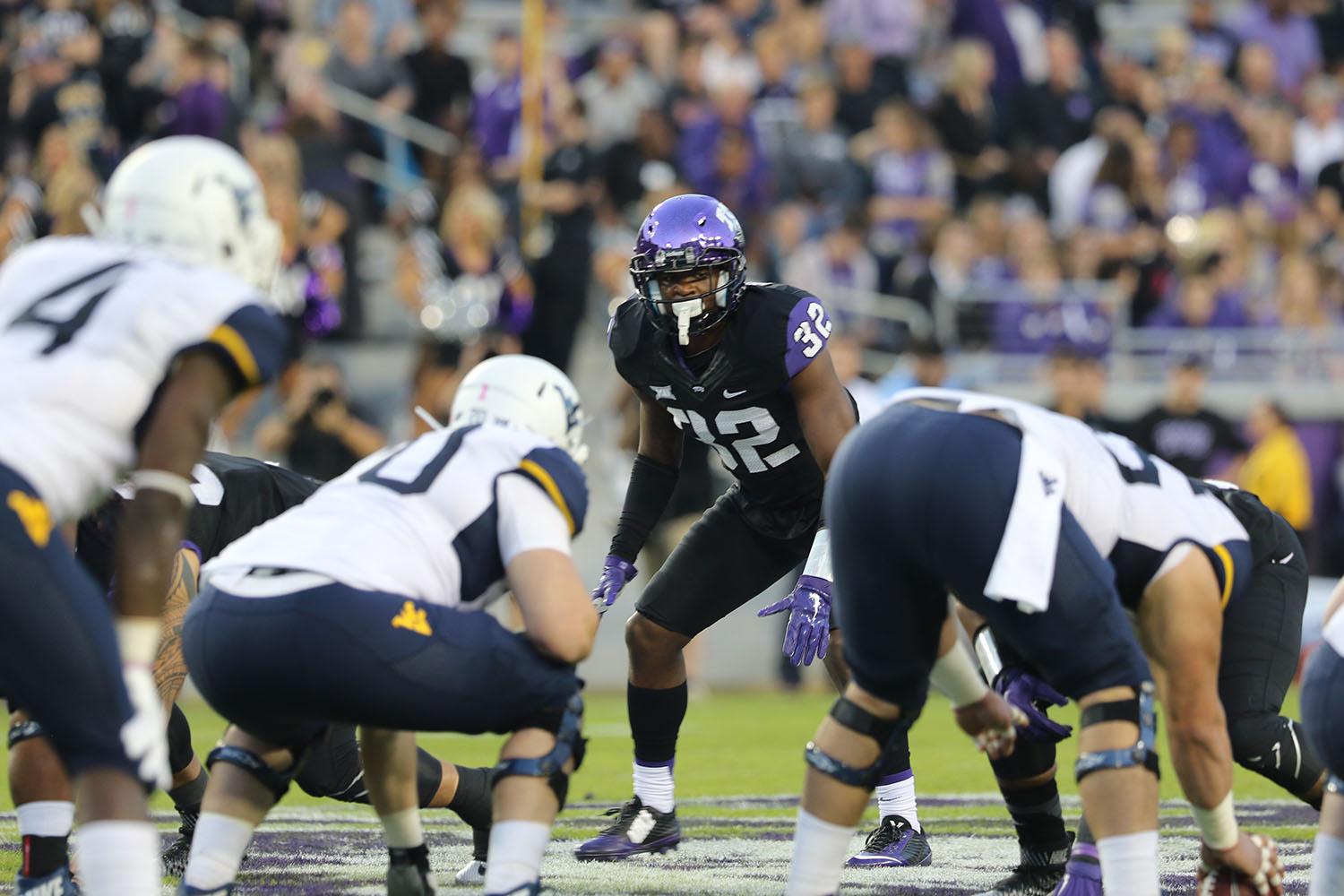 The Horned Frogs hold a 23-10 lead over the West Virginia Mountaineers at halftime of Thursday night’s contest in Amon G. Carter Stadium.

TCU quarterback Trevone Boykin found wide receiver Josh Doctson for a 17-yard touchdown pass on the Frogs’ opening drive of the game. It was Doctson’s 13th touchdown reception of the season.

Boykin took it himself for a short rushing touchdown with just under five minutes to go in the first quarter, front flipping into the end zone to give the Frogs a 14-0 lead.

A turnover on downs for West Virginia on the following drive led to another scoring opportunity for the Frogs. Jaden Oberkrom executed a 20-yard field goal attempt to extend the lead to 17-0 with under two minutes to play in the first quarter.

West Virginia struck first in the secon quarter when quarterback Skyler Howard found a diving Shelton Gibson in the end zone for a touchdown, cutting the Frogs’ lead to 17-7 with 11:19 to play in the quarter.

West Virginia executed a 51-yard field goal later in the quarter to cut the lead to 17-10.

The Frogs extended their lead back to back to 10 points when Oberkrom made a 23-yard field goal with 1:05 to play in the half, making it a 20-10 ballgame.

After a quick West Virginia three and out, Oberkrom nailed another field goal as time expired in the second quarter, this time from 57 yards out, giving the Frogs a 23-10 lead.

Boykin threw 210 yards in the half, and Doctson caught for 126. The 10 points allowed by the Frogs in the half was their best first half defensive outing since shutting out Texas in the first half on Oct. 3.