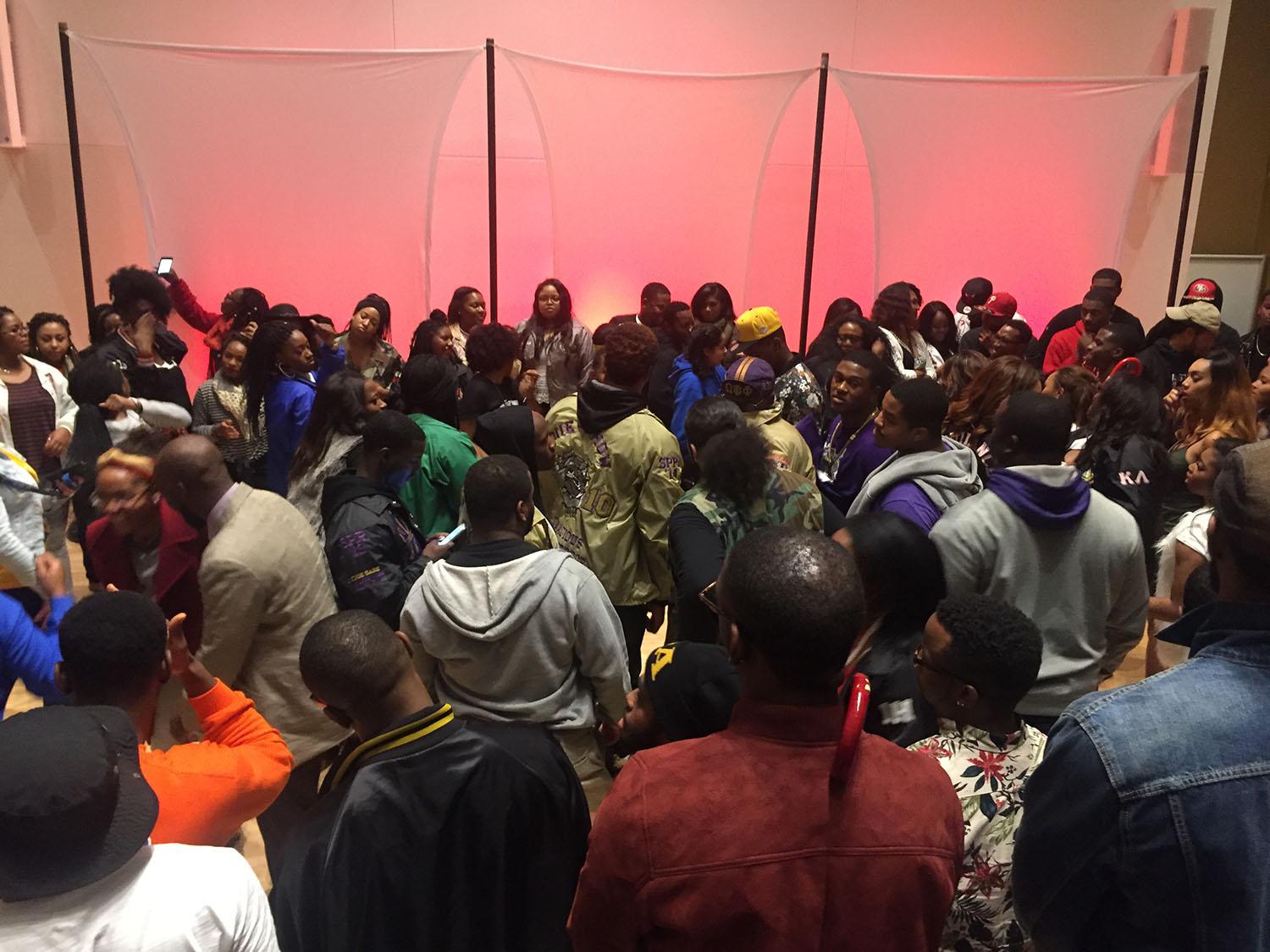 “We currently only have two members and after we graduate in May, our chapter on campus would have died,” Ford said. “New members are very essential in the continuation of our fraternity.”

“I’m happy to be a part of something bigger than myself. It’s an extreme honor,” said Joe Standifer, Kappa Alpha Psi new member. “A lot of people don’t get to do something like this.”

Ford spoke on the importance of probates and also highlighted the impact the NPHC has on the lives of African American students.

“They create solidarity and unity amongst black students,” Ford said. “They foster bonds, create foundations and motivate black students to do their best.”

“Seeing the support that the community gives makes it easier to know who has got your back,” Johnson said.

Both organizations welcomed three new members into their ranks.

Ernest Dominick is a journalism major with a minor in general business. He is from Marksville, Louisiana but has been based in Dallas since 2006. He is currently serving as a reporter for Greek Life at TCU.