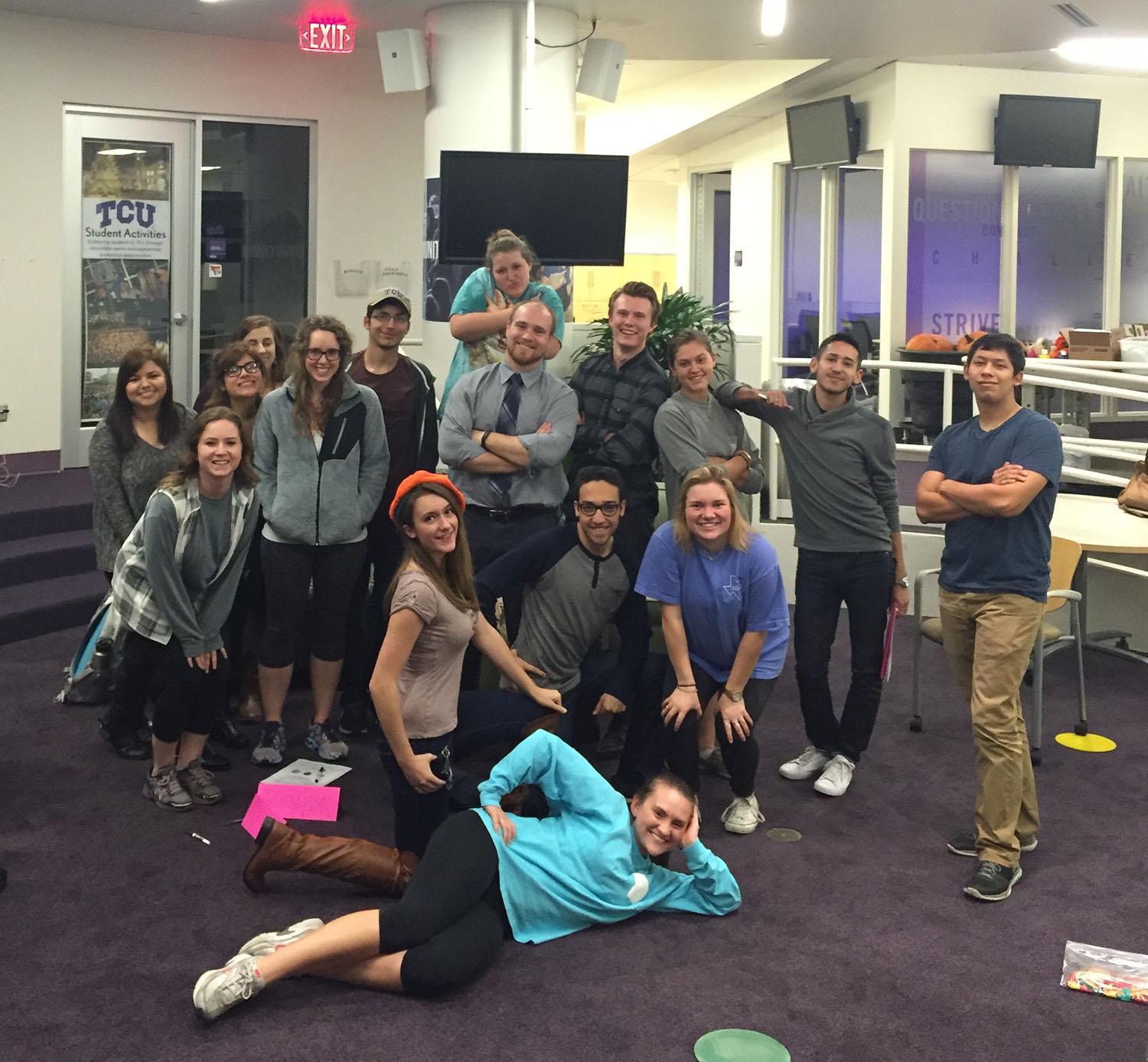 print
A new leadership seminar is combining creativity and curriculum in an effort to teach students how to lead themselves before leading others.

The seminar is built around Habitudes: The Art of Self-Leadership, which teaches students how to use leadership skills by connecting the concepts to images.

“It shapes these sorts of ideas in a new way. We come from a culture very centered around images, especially with Instagram and Facebook,” said Alicia James, senior political science major and Habitudes facilitator. “We’re always surrounded by advertising and the such, so it makes sense to use images to learn about ourselves as leaders.”

Students study two to three images per session. After learning about the images, they reflect on them and create personal relationships between the leadership concept and the images.

Dede Williams, the director of the TCU Leadership Center, said this seminar differs from others because of the framing of the curriculum.

“Other seminars jump ahead and ask the question, ‘How can I lead?’” Williams said. “This one is only, ‘How can I lead myself?’ You have to understand how to lead yourself before you can lead your peers to an end goal.”

Andrew Nash, the hall director for the Tom Brown Pete Wright and Sandage/McCart Apartment Communities and a Habitudes facilitator, said the curriculum pushes students to understand their leadership skills through reflections.

“It really forces you to reflect on your thoughts, beliefs and actions to determine if you’re the type of leader you want to be,” Nash said. “College is a time of self-reflection and self-discovery for so many people. Doing things such as Habitudes will make you reflect on whether or not you’re on the path you want to be going down.”

The facilitators said they were excited to get to know a new generation of TCU students, with James saying she hopes to build relationships with those younger than her. Nash added that he wants to become a resource to those at TCU.