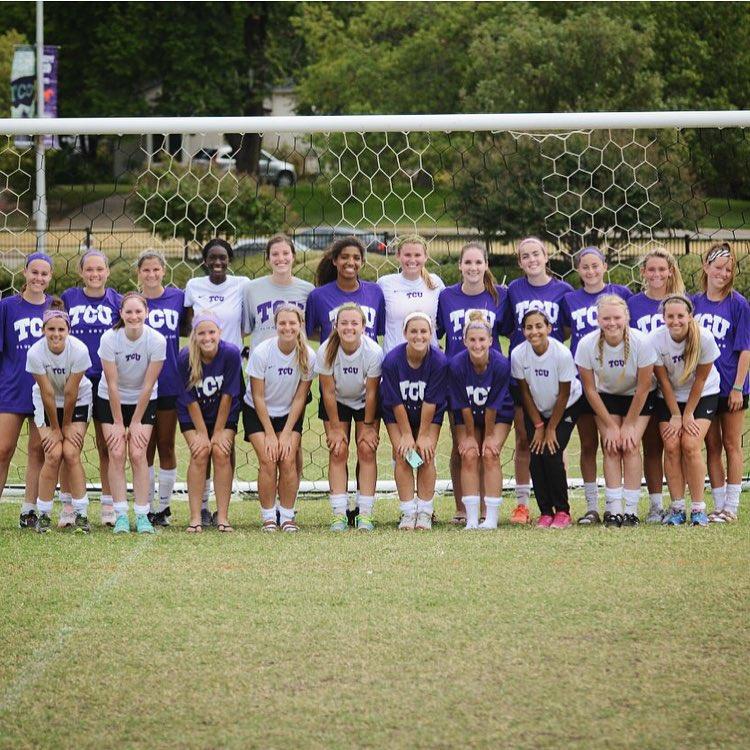 print
The women’s club soccer team set a goal this season to compete in the NIRSA National Soccer Championships.

Under the direction of new coach Leo Vasquez, the women’s team achieved that goal.

Vasquez, who also coaches the men’s team, said his role is more like a facilitator’s.

“I know that sounds really strange as a coach, but it’s their team,” Vasquez said. “They’re the ones who are the leaders on the squad. I just come in and help them.”

Junior Karri Kugler has played on the team for the past three years and said this year has been the best so far.

“He’s really brought the team up,” Kugler said. “We’ve become really good because of him.”

Vasquez said the men’s and women’s club soccer teams occasionally practice together, which provides a new challenge for both squads.

“It’s one of those things where the men’s team play is just a little bit faster and it’s just a touch thing,” Vasquez said. “The women are a lot better technique-wise.”

Vasquez said combining the two helps the men defend a team that can really possess the ball and helps the women defend against a really fast team.

“The club team is a lot of girls who could have played in college, but just want to have fun,” senior club soccer president Celeste Campbell said.

Campbell said the team doesn’t have to pay to go to Nationals due to their fundraising efforts, which included restaurant fundraisers, a bake sale and writing letters to friends and family.

“It’s cool that we’re a completely self-functioning team,” Campbell said. “It’s one of its own.”

Vasquez said he has told the team all season it’s about competing, but players can be competitive and still have fun.

“We’re going to create a name for ourselves and hopefully that will transfer into seasons following,” first-year student Jessica Sarni said.