Junior Katelyn Crow said, “It was really important for them to see what college is like and what their experience might be like so that they could really see themselves pursuing higher education and going to college.”

INA is a school in the Fort Worth Independent School District that helps refugee and immigrant children adjust to American culture. Students come from all over the world, speaking several languages.

Dr. Cecilia Silva established a partnership between TCU and INA about 20 years ago.

Al-Atrash said students spend two semesters at INA learning English and content subjects (social studies, science, math, etc.), before being mainstreamed into FWISD high schools based on where they live.

The INA students have several reasons for coming to America and have enjoyed INA.

Learning to speak English has been the most beneficial lesson for students. Being able to speak it gives them hope for a better life than their home countries.

“College is a far-away dream for them, especially refugees,” Al-Atrash said.

Al-Atrash said bringing these students to TCU shows them college is not just a dream. The visit shows college is available for everyone who works hard and dreams big.

Silva and Philips both said TCU students build a rapport with INA students and faculty that will help them later on when applying for jobs.

“Working with ESL students and newcomers adds something that schools want and puts them ahead of the curve,” Silva said.

Silva said each TCU student has assisted at INA to learn how to teach students when there is a language barrier.

”Most of my students have been in the country about four months or less,” Crow said. “I had a really great teacher helping me along the way, and these kids are the nicest, sweetest, most hard-working kids you will ever meet. They’re amazing.”

Silva, Philips, Al-Atrash and Crow said they wish more people in Fort Worth knew about INA.

Al-Atrash said she has lived in Fort Worth for 20 years and began working at INA when she heard about it eight years ago.

“This experience has been absolutely amazing, life changing,” Al-Atrash said. 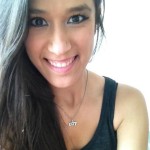