print
The Campus Recreation Center shifted its focus this fall from aerobic, choreographed group exercise classes to “high-intensity interval training” with updates to its cycle facilities and the names of its HIIT-style classes.

Ryan Keller, associate director of fitness and wellness, said in its cycle studio, the recreation center installed 26 new Keiser bikes and two 60-inch screens that can display anything from themed rides to music videos.

Psycho Cycle fitness instructor Patrick Martin said the new Keiser bikes are a huge improvement, as they utilize magnets rather than friction to make the ride smooth and the bike durable.

“There’s no gym in the city that has these type of bikes,” Martin said. 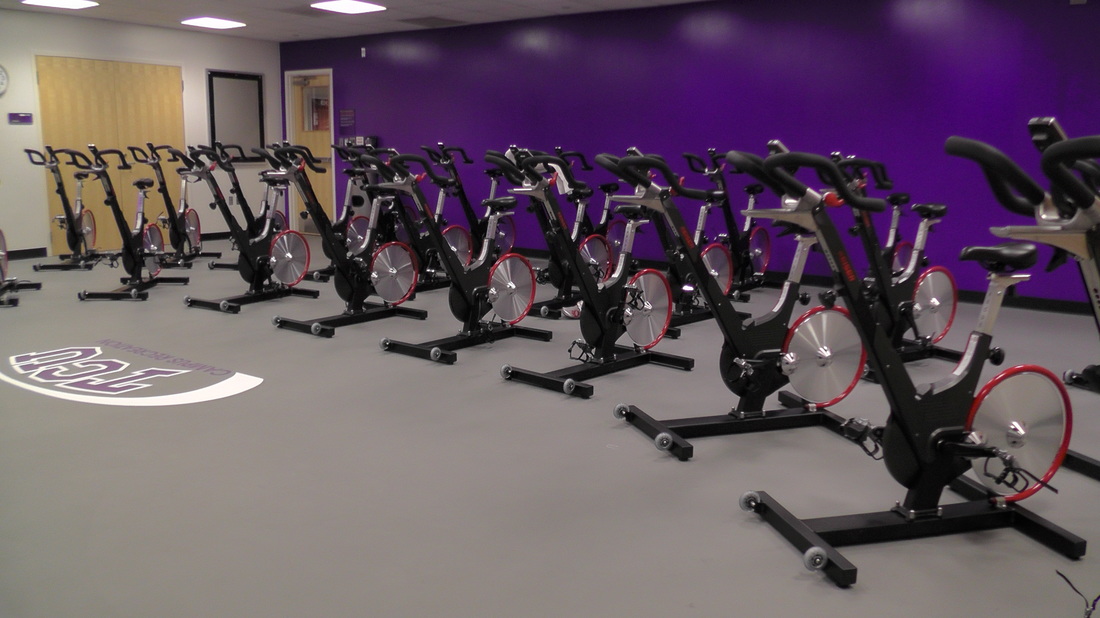 This builds a community where each cyclist can track his or her progress, Martin said.

While new bikes have amped up the intensity in the cycle classes, new names have shifted the emphasis in what used to be called boot camp classes.

HIIT Cardio Blast, HIIT Fit and HIIT & Kick received their names this fall and shifted emphasis to match the trend of high-intensity interval training in the fitness industry, Keller said.

Triple Threat fitness instructor Henry Aleck said his class, which utilizes strength circuits and conditioning for full-body fitness, is the most high-intensity focused.

“Overall, people are moving away from choreographed dance classes and moving to sweating a little more,” Keller said.

Keller added that they don’t see as high of a demand for the classes they formerly offered.

“We really don’t need to exercise for an hour,” Garrett said. “Thirty minutes is all we need.”

Keller said the new focus on higher intensity is in response to participants’ interest in the style.

“I don’t think people are scared to work hard anymore,” Keller said. “I think they’re in fact looking for that.”

Keller said the fitness instructors are crucial to keeping retention rates high in these classes.

Courtney Dyer, a participant in Martin’s Psycho Cycle class, said she has taken all the group exercise instructors since her freshman year but likes Martin the best.

“It’s always like inspiring just for me when he’s up there like completely talking fine in a pool of sweat while we’re all trying to keep up,” Dyer said.

Maria Andrade said she has taken Aleck’s Triple Threat class since the beginning of the semester and likes the nonstop action in Aleck’s class.

​Psycho Cycle with Martin meets every Monday at 6 p.m. and every Wednesday at 6 a.m. in Multi-Purpose Room 3 downstairs, according to the GroupEx schedule for fall 2015 on the recreation center’s website.

HIIT Cardio Blast with Garrett meets Tuesdays at 6 p.m. in Multi-Purpose Room 1 but is also taught on Thursdays and Fridays by different instructors.

Triple Threat with Aleck meets Mondays at 4 p.m., but the class is also offered Wednesday by a different instructor.

Participants can purchase a $100 all-class pass, which gives them unlimited access to any group exercise class for the semester, Keller said.

​Looking to the near future, Keller said one new program in the works is “fitness-to-go,” which could allow group exercise classes to be held in more convenient venues, such as students’ residence halls.

Yoga is the prime candidate for the program, since the only equipment needed are yoga mats that hall residents could easily borrow for the class, Keller said.

Keller said the recreation center would also like to highlight the profiles of group exercise instructors on its website.

Currently the website only features information on the personal trainers, and Keller said having profiles on the instructors could help participants decide which class to attend.

“We do find that sometimes people could care less what class they’re going to,” Keller said. “They love the instructor they follow, so they’ll go to whatever class that person teaches.”