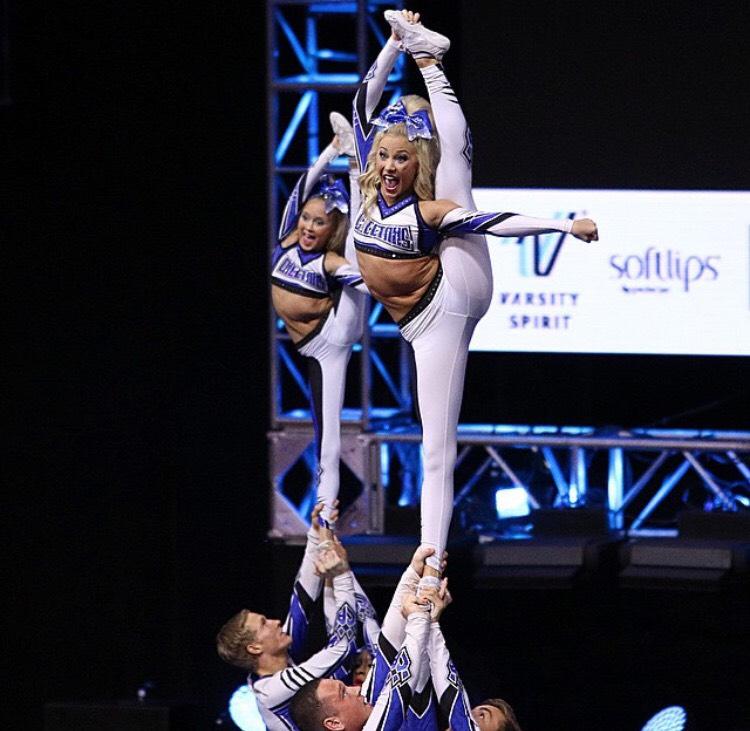 Mabry said she does not consider herself a “cheerlebrity” because she and other cheerleaders who have been coined the same title believe the term detracts from the athleticism of cheerleaders and the sport itself.

In 2012, approximately six well-known cheerleaders were declared the original “cheerlebrities.” Mabry said the original six have grown up and begun new chapters in their lives, but there are some up-and-coming well known athletes within the sport.

The “cheerlebrity” craze started in 2012, Mabry’s second year on a top-level competitive cheerleading team. Her team, the Cheetahs, had a successful season and won the USASF Cheerleading Worlds that summer, which is, essentially, the Super Bowl of all-star cheerleading. At the competition, hundreds of teams from all over the world competed.

Throughout the course of that season, Mabry said she started to notice a lot of excitement surrounding her team at competitions.

Photos of Mabry and the other five cheerleaders were commonly found on Instagram’s “Explore” tab, which features the site’s most popular posts. Kim Kardashian, Taylor Swift and members of One Direction are often found on this page.

“I never set out to become well-known personally,” Mabry said. “My passion for the sport and love for my team was always my focus. It definitely evolved into something I would have never imagined.”

Mabry considers her status on social media both a blessing and a huge responsibility.

“Having the opportunity to reach people because of something you love is a blessing,” Mabry said.

Mabry has countless fan pages and admirers of all ages. Fans often make accounts where they make edits of her cheerleading action shots, as seen in this compilation.

Because she has such a large following of people she has never met, Mabry said she is more cautious about her posts and comments.

While Mabry is internationally known and idolized in the cheer world, she does not receive any type of income as a result of her “cheerlebrity” status.

Her strong following on social media has led to her to jobs for advertising for different companies on her social media accounts. She said that this is a direct result of her maintaining a positive platform.

Mabry, a strategic communication major, said she hopes to work in media when she graduates. Now that she has left the world of all-star competitive cheerleading and cheers at TCU, Mabry says she would like to think her “cheerlebrity” title has evolved over the years.

“I continually pray that God will show me His purpose for me within it,” Mabry said. “I guess when its purpose is fulfilled, it will either fade or lead to something more.”