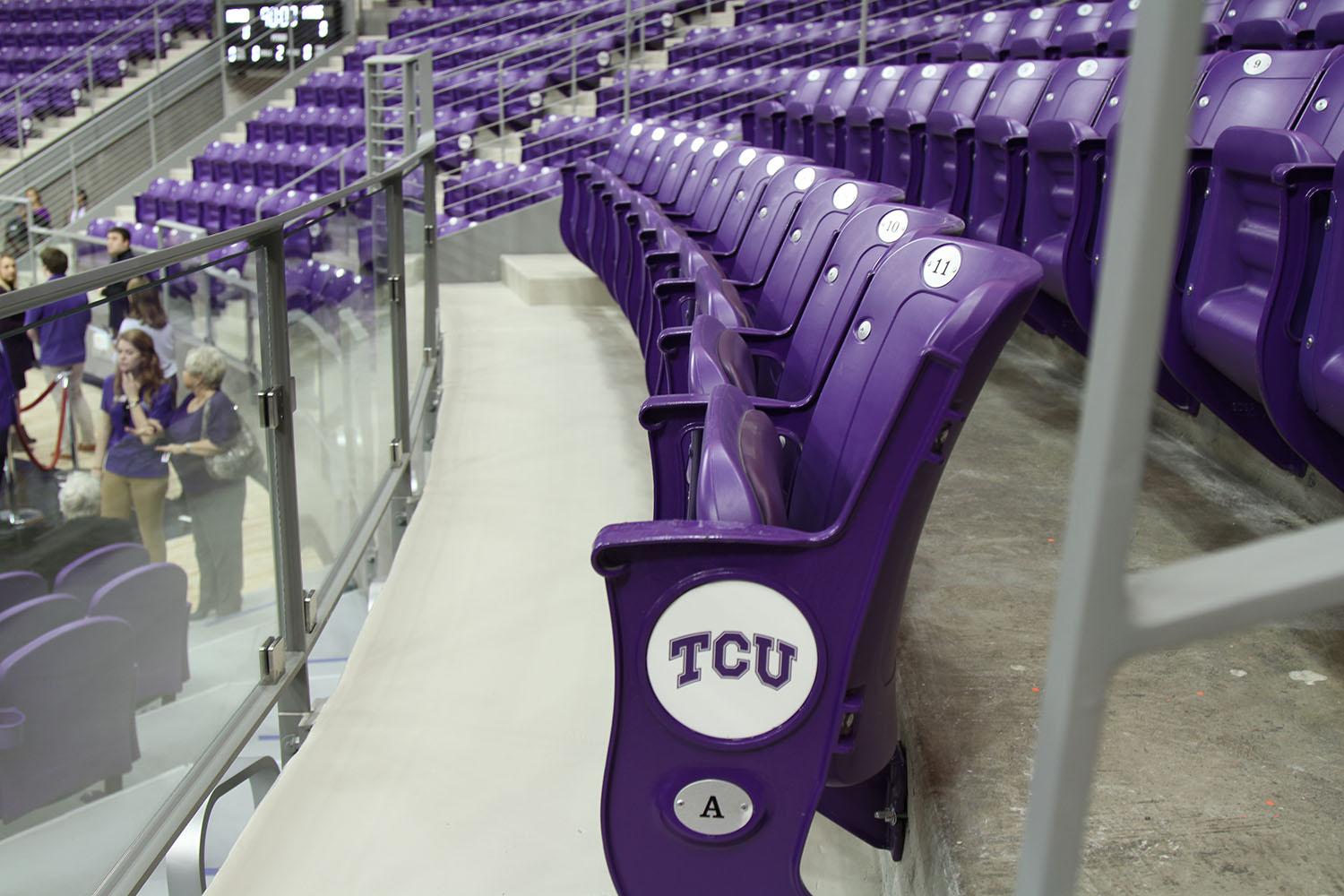 print
Frog fans can expect continued security measures at all home athletic events including security screenings and bans on oversized bags and backpacks.

With the new security measures, fans are allowed to bring the following into athletic events: one plastic bag, a small wallet or purse, an unopened bottle of water, coats, jackets, blankets and rain gear.

Bags containing items of medical necessity will be permitted after being checked by security, said Sgt. Cathy Moody, who is in charge of special events for TCU Police.

“It’s a measure that has been adopted around the country,” Del Conte said. “We are just being prudent to the times to make sure that we are doing the very best we can.”

He said he didn’t want to lose the hometown feel of the “ma and pa” community at home games, but at the end of the day his job is to keep everyone safe.

“It’s not foolproof,” Del Conte said. “But, it’s providing another measure of safety.”

While fans are still getting used to the process, it’s a safety measure that’s here to stay. Policies will be in full effect by next football season, he said.

Moody compared the changes prompted by the NCAA to NFL and other sporting league security measures.

“The NCAA has made it a priority to ensure the safety of fans,” Moody wrote in an e-mail. “And I wholeheartedly support their decision.”

The new measures will remain campus-wide for now–at least within the Big 12 Conference.

Moody said improving security is a priority involving everyone from the Trustees and the Chancellor to the students and the staff.

“Each game is just as important as the other,”  said TCU Police Lt. Ramiro Abad. “For us its not just a matter of the teams that are playing, it’s the safety of our patrons.”