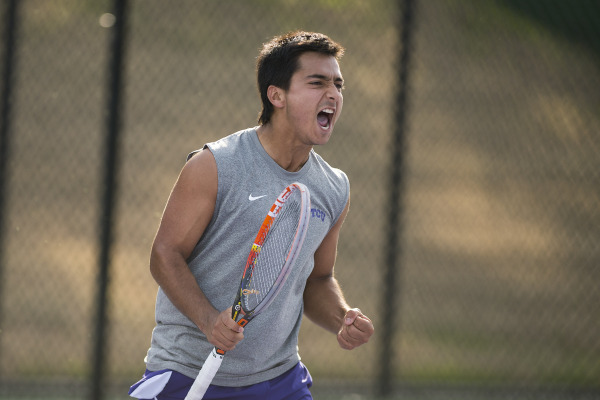 print
Fort Worth was back to action this weekend as TCU sports returned home.

Here’s a recap of how the purple and white squads fared over the weekend:

Head coach Trent Johnson said the Frogs are their own achilles’ heel right now in terms of crucial situations and crucial games.

“We just have to keep playing and worry about the next play as opposed to the play that happened before,” Johnson said.

The Frogs will take on the Texas Longhorn in Austin on Jan. 26. Tip-off is set for 7 p.m.

Women’s basketball: strong second half not enough against No. 25 West Virginia

TCU fell to West Virginia 97-84 on Sunday afternoon in the Ed and Rae Schollmaier Arena.

The Frogs’ leading scorer in the game was sophomore AJ Alix, who finished the day with 26 points, all coming in the second half. Senior Zahna Medley added 16 points, while senior Caitlin Diaz and junior Jada Butts each added 11 points.

Head coach Raegan Pebley said the team began playing like it needed to in the second half.

“We definitely showed a lot more toughness in the second half in how we competed,” Pebley said. “There was just better effort into executing that game plan.”

The Frogs next travel to Ames, Iowa, where they will take on the Iowa State Cyclones. Tip-off will be on Wednesday at 7:00 p.m.

A 4-3 victory over Oklahoma State University on Sunday in the ITA Kick-Off Weekend earned the Frogs their second straight berth to the ITA National Team Indoor Championship in Charlottesville, Virginia.

With the match tied up 3-3,  Jerry Lopez was able to will TCU to victory on court four.

“It was unbelievable,” Lopez said. “Getting out of there with a victory was huge, and you feel such a relief after that.”

The ITA Team Indoor National Championship will be held on Feb. 12-15 in Charlottesville, Virginia.

The No. 22 TCU women’s tennis team fell to No. 18 Ohio State in the championship match at the ITA Kick-Off Weekend on Saturday.

The Frogs played tight in doubles, but the Buckeyes took three singles matches in straight sets for the overall team victory.

Head coach Lee Taylor Walker said it was natural for everyone to be disappointed after the loss, but Ohio State deserved the credit.

“There is a lot that we can learn from this,” Walker said.