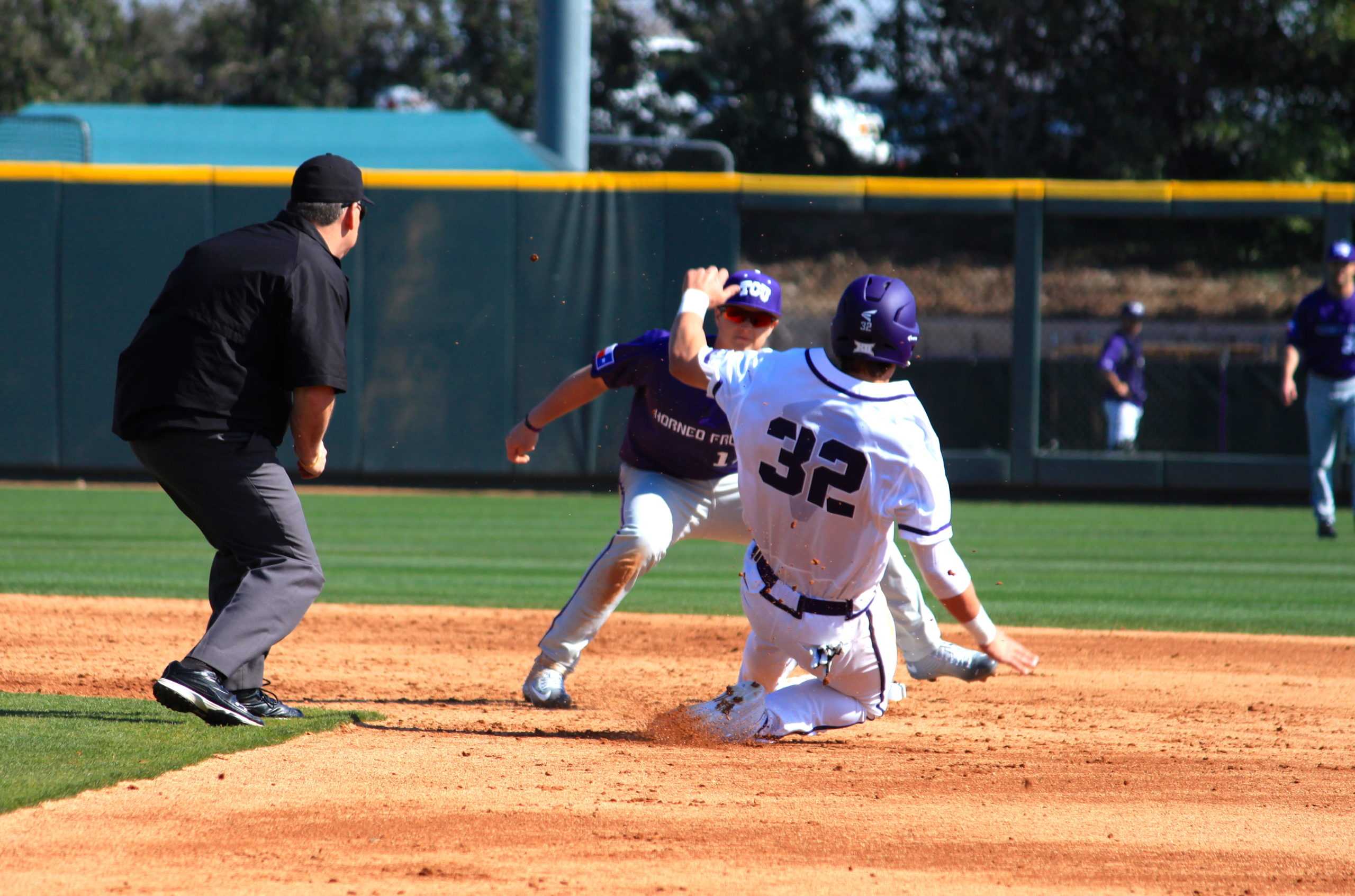 print
It’s a good thing for TCU baseball that the official season doesn’t start until next weekend, because the Frogs faced perhaps their toughest matchup of the entire season on Saturday — their former teammates.

NL Cy Young Award winner Jake Arrieta (who never left the dugout), Brandon Finnegan, Cody Jones, and other Horned Frog legends suited up in purple and white and beat the current varsity squad 3-1 in a contest that was as friendly as it was hard-fought.

Hundreds of fans showed up at Lupton Stadium to watch the annual alumni game. This year’s edition featured the most returning alums in the game’s history.

Finnegan, who pitched in the 2014 World Series for the Kansas City Royals and is currently on the Cincinnati Reds roster, started on the mound for the alumni, while Rex Hill took the bump for the varsity.

Hill surrendered the first run of the game in the first inning, when Bryan Holaday doubled home Chad Huffman.

The alumni scored another run in the fourth as Taylor Featherston ripped a double to score Jeremie Fagnan.

Featherston added a triple in the ninth inning and give the alumni an insurance run as Kyle Von Tugeln singled him home.

The fans were treated to an exciting old-versus-new matchup in the fifth inning when former TCU ace Preston Morrison faced off against highly-touted freshman Luken Baker.

Baker got the better of Morrison at-bat as he launched a double to left field. Baker scored the varsity’s lone run later in the inning on a Dane Steinhagen base hit.

The Frogs officially open up their season next Friday against Loyola Marymount University. First pitch is scheduled for 6:30 p.m.