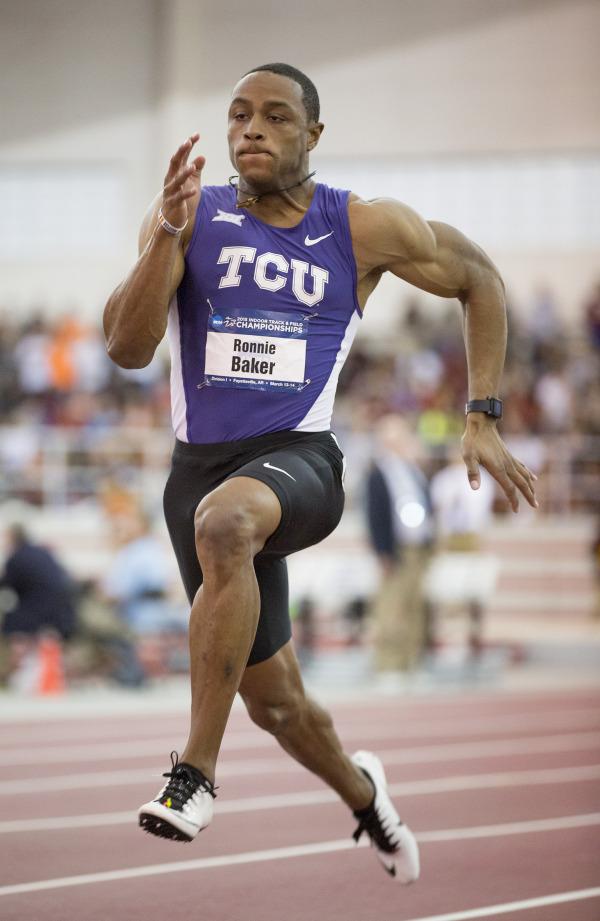 print
Ronnie Baker was selected as a First-Team All-American after becoming the NCAA 60 meter champion for the second consecutive year.

His 6.47 time broke the NCAA championship record, earning him a gold medal.

He has now set a world-leading time.

TCU Director of Track and Field Darryl Anderson said it was an outstanding race.

“6.47 puts Ronnie on a whole other level,” Anderson said.