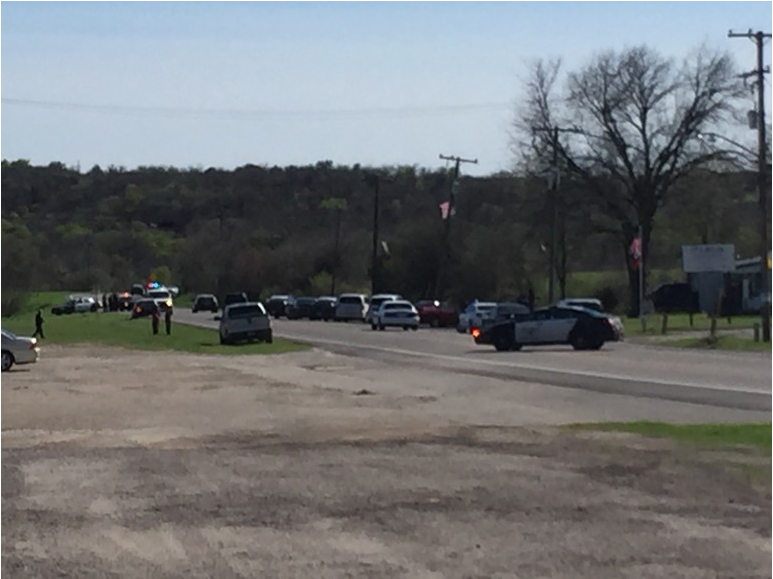 print
Check the109.org for updates on this breaking story.

The second suspect in the shooting, Ed Russell McIver Jr., is in custody according to the Fort Worth Police Department.

The outstanding suspect McIver JR is in custody without further incident. No other officers injured

A Fort Worth police officer who sustained life-threatening injuries this afternoon is being treated at John Peter Smith Hospital.

During a press conference at JPS Hospital, Mayor Betsy Price said she talked with the unnamed officer’s family and his wife said she is “holding up well.”

One suspect was shot and pronounced dead at the scene. Fort Worth police chief Joel Fitzgerald said “an  intensive manhunt” is going on for Ed Russell McIver Jr., 20. Fort Worth Officer Corporal Tracey Knight said the manhunt had been contained to a two-mile square area.

Police have asked residents in the area to stay in their homes and report anything suspicious. Any residents trying to get home to that two square mile radius will not be allowed back in until McIver is apprehended, Knight said. All Saints’ Episcopal School of Fort Worth, which is nearby, sent out an alert letting parents know that all after school activities had been cancelled.

“We’re not going to leave until we find him,” Knight said.

All Saints’ Episcopal School of Fort Worth, which is nearby, sent out an alert letting parents know that all after school activities had been cancelled.

“There were a lot of cops,” said Christina Robinson, a witness of the car chase and shooting. “The [suspects] came around, and they were driving so fast.”

Robinson said she knew “something bad had happened.”

Earlier this month, Euless police officer David Hofer was shot and killed by Jorge Brian Gonzalez, 22, who had been released from jail four hours earlier.