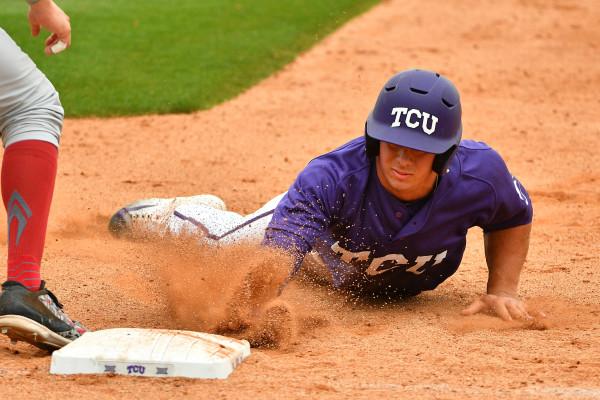 print
The Horned Frogs took the second game of a doubleheader with the Oklahoma Sooners to complete a three-game home series sweep on Saturday.

TCU was led to victory by starter Brian Howard, who gave up just three hits over  seven innings An RBI single and an unearned run on a passed ball allowed the Frogs to take and keep a 2-0 lead, which would be the final score.

The Sooners got a decent outing from starter Jake Elliott, who tossed five and a third innings and gave up one earned run on four hits. Offense was a problem for Oklahoma — the Sooners mustered only five hits off of TCU pitching.

There wasn’t much offense coming from TCU either, but the Frogs got just enough to win the game.

In the fifth inning, TCU got its first run from an RBI-single off the bat of first-baseman Connor Wanhanen.

The Frogs would add an insurance run in the bottom of the eighth when Evan Skoug scored on a passed ball.

The Sooners got a lead-off double and a walk in the top of the ninth, but the Frogs ended the threat with a double play.

The Frogs will take on Abilene Christian University in Abilene on Tuesday. 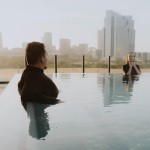