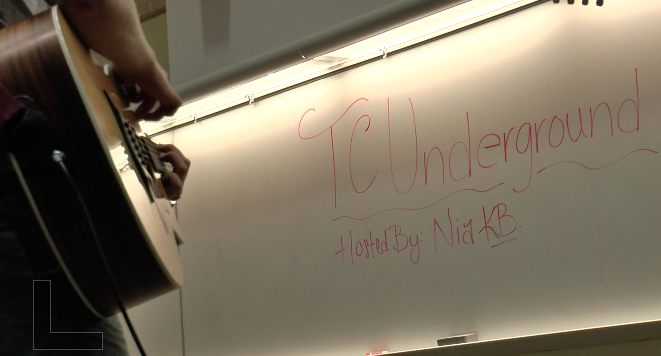 print
After a strong audience turn-out for the first three showcases, TCUnderground is planning for a bigger show.

At the end of April, TCUnderground is having a festival to celebrate a successful first semester as an organization on campus. Unlike the usual showcases, the upcoming festival is looking to have the best artists come together on one stage to perform.

TCUnderground held auditions this past Tuesday in order to find the best rappers and musicians in the local TCU and Fort Worth community.

Nia Brookins, the founder of TCUnderground, said the audition process was vital because it allowed those who hadn’t been to any showcases to come and show off their work.

“We have a lot of talent on campus and the local Fort Worth community that I wasn’t even aware of come out to audition,” Brookins said.

“Displaying this festival will give artists something to work toward for next year, and give the campus another musical event with people right here in the DFW area,” Brookins said.

TCUnderground is now working to market themselves.

“We utilize social media and word of mouth tremendously, and we are hosting fundraisers leading up to the event to fund the equipment as well,” Brookins said.

Even though marketing for the festival hasn’t started yet, some students say they are already excited for the idea.

Lance Montgomery, a junior film-television-digital media major, said the event will be a success after all the support the organization has gained since officially starting in January.

“I definitely believe the organization can pull off this festival,” Montgomery said. “The genius in having several small events throughout the semester is that by now they have acquired a following.”

With just one month until the actual festival takes place, the organization has time to really put together a big event with numerous acts.

“Expect a very well put together group of artists with drive and dedication to their craft,” Brookins said.