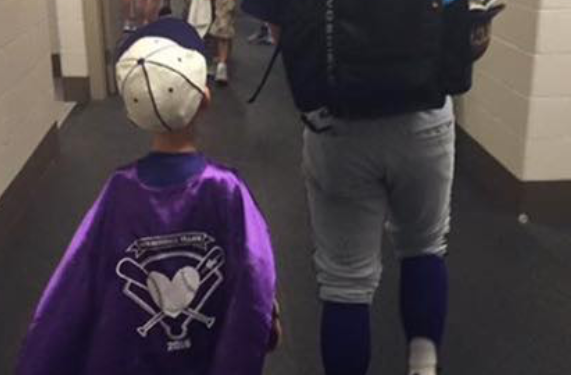 Micah Ahern’s death was announced on the popular Facebook page Praying for Micah Ahern. His mother, Linda Ahern has long filled the page with updates about Micah.

News of the 7-year-old’s death prompted an outpouring of sympathy and sadness.

Micah had been diagnosed with neuroblastoma. His love of TCU baseball was well-known in Fort Worth. He joined the team in 2014. His teammates became his brothers.

In June, he traveled with his team to the College World Series and cheered them on from the sidelines.

Students, particularly the baseball team, often shared posts about Micah and prayed for his health and happiness.