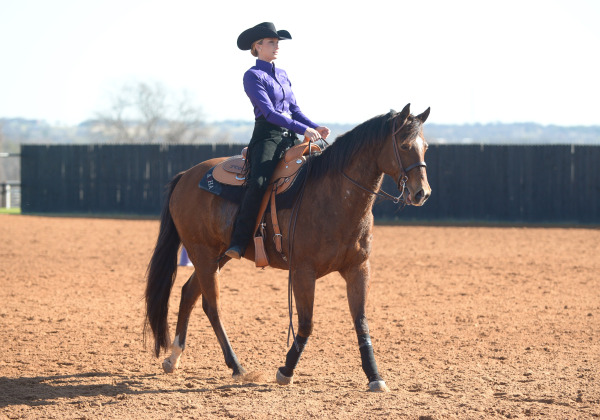 After losing by a single point in the championship round last season, senior Kari Hancock said this year’s mindset is for the team to come back stronger and win the NCEA National Championship.

“One point is not a lot when you’re coming to the national championship,” Hancock said. “Now we have that confidence in what our team can do, we have the talent and we have the hard work.”

TCU Director of Equestrian Haley Schoolfield said this year the team will take extra notice of the competition and come prepared.

“Despite how accomplished our riders are, they’re very humble, quiet winners, and they work hard at their craft,” Schoolfield said.

While much of the team goes home over the summer to prepare individually for the season, Hancock and junior Julia Finn stayed in Fort Worth to put in some extra work together.

“It’s all about coming off a great season and knowing that we were so close and to be able to do that again,” Finn said. “We know the work that needs to be put in to get there, so we’ve just focused on hard work, trying to keep improving.”

Hancock and Finn both agree that junior Carly Burnett is a rider who could “really breakout” and bring a lot of potential this season.

“She ended up Most Outstanding Player at the Big 12 Championships on the flat, and that was one of her first big times competing,” Hancock said.

“She’s definitely one of those people who leads by example and never stops working until she gets where she wants to be,” Finn said.

One of TCU’s biggest matches this season is Jan. 26 against Baylor at the Fort Worth Stock Show and Rodeo.

Hancock said this match will bring the intensity that will fuel the team for more of their home matches.

“We want a win against Baylor almost as much as we want to win the national championship,” Hancock said.

The rest of TCU’s home matches are in Springtown, Texas. The team’s first home match is Sept. 16 against Texas Tech.