A sequel to a beloved horror classic, “Blair Witch” had the opportunity to build on its legacy and deliver another great horror film, but unfortunately, it does neither.

The film follows protagonist James and his friends as they try to find his missing sister, Heather, who he believes was kidnapped by the Blair Witch. The film slowly trudges its way through the first act, in which very little happens.

Plot-wise, “Blair Witch” is pretty straightforward. Fans of the original will appreciate the homages and updated take on the “lost in the forest” scenario, and the film offers a few new interesting ideas into the series’ lore.

The film falters, however, when it fails to follow up on the concepts it introduces. Certain scenes will present new mechanics that are often ignored. While this could have been used to help expand the mystery surrounding the events of the film, hardly anything sticks. It is done so much that it becomes lackluster by the time the credits roll.

The cast of “Blair Witch” seem to be split between over-the-top or completely unemotional. This makes the film harder to watch as the acting sometimes twists what would be serious moments into unintentionally funny ones. The characters themselves also say or do things that come across as ridiculous or obnoxious, which makes it difficult to invest in their well-being once the horror finally kicks in.

Visually, the film is a mixed bag. While the forest setting looks nice and there are a few different types of cameras (including a drone) used to document the events of the story, the footage itself is hard to follow due to intense camera movement. Moments that would be visually interesting are stopped short or missed entirely, and the film has multiple scenes where it becomes difficult to tell exactly what is going on.

There are a few effective jump scares, but nothing that really comes across as memorable or compares to the creepiness of the original. This leaves “Blair Witch” feeling like an ineffective remake rather than a sequel that improves on the original’s faults.

“Blair Witch” brings some new ideas and jump scares to the table, but the lack of commitment paired with forgettable characters causes this film to become lost in the woods. 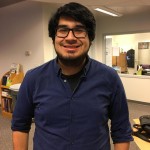