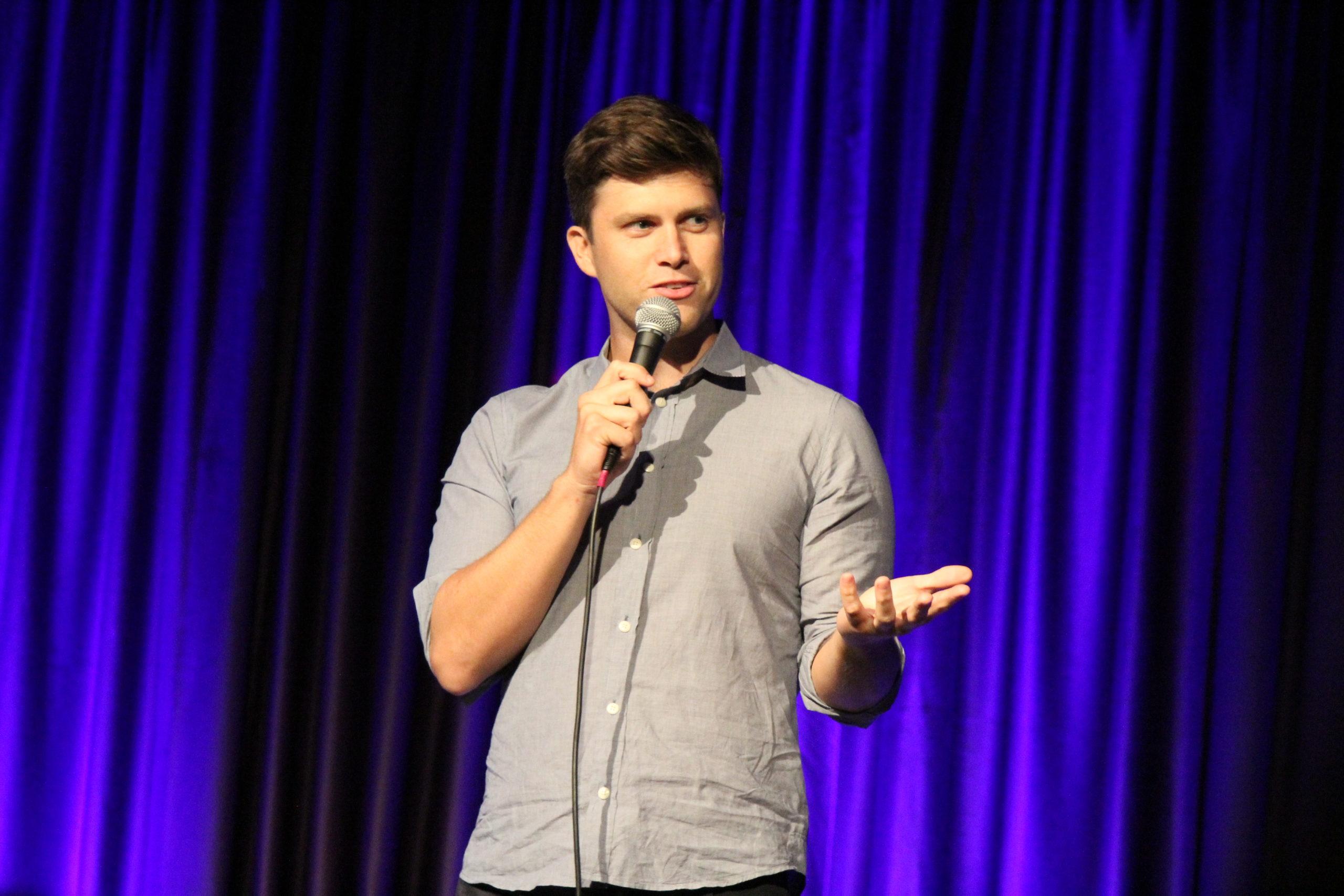 print
Campus life, fraternity and sorority life, “Saturday Night Live” and Donald Trump were just some of the topics two “SNL” actors incorporated into their performance at TCU.

Colin Jost and Jon Rudnitsky, best known for their acting on “SNL,” took the stage Friday night in the Brown-Lupton University Union ballroom.

Laughs filled up the ballroom during both actors’ stand-ups. Around 500 students went to the event, where they received complimentary popcorn to enjoy during the performances.

Rudnitsky performed the first half of the show. His act included impressions of Donald Trump and a mock dance audition featuring the song “(I’ve Had) The Time of My Life.”

He also interacted with different audience members, including a group of Alpha Omicron Pi sorority sisters sitting in the front  two rows.

Rudnitsky asked the sorority members who they were and then made jokes about their sorority and other Greek life organizations.

First-year pre-business major and member of AOII, Ellen Trotter, said she really enjoyed it when Rudnitsky talked about AOII.

“It was a bonding experience,” Trotter said.

Jost followed Rudnitsky’s performance with his own stand-up comedy act. He spent an hour covering a variety of topics, including campus life, his own personal life experiences, and Donald Trump. Jost finished off his performance by listing off some sketches he hoped to see on “SNL” one day.

“I definitely thought it was a lot of fun,” Pauka said. “I’d definitely try out some more [events] in the future.”

The next big performer coming to TCU is Rachel Platten. Platten will be performing in the Campus Commons on Sept. 30.