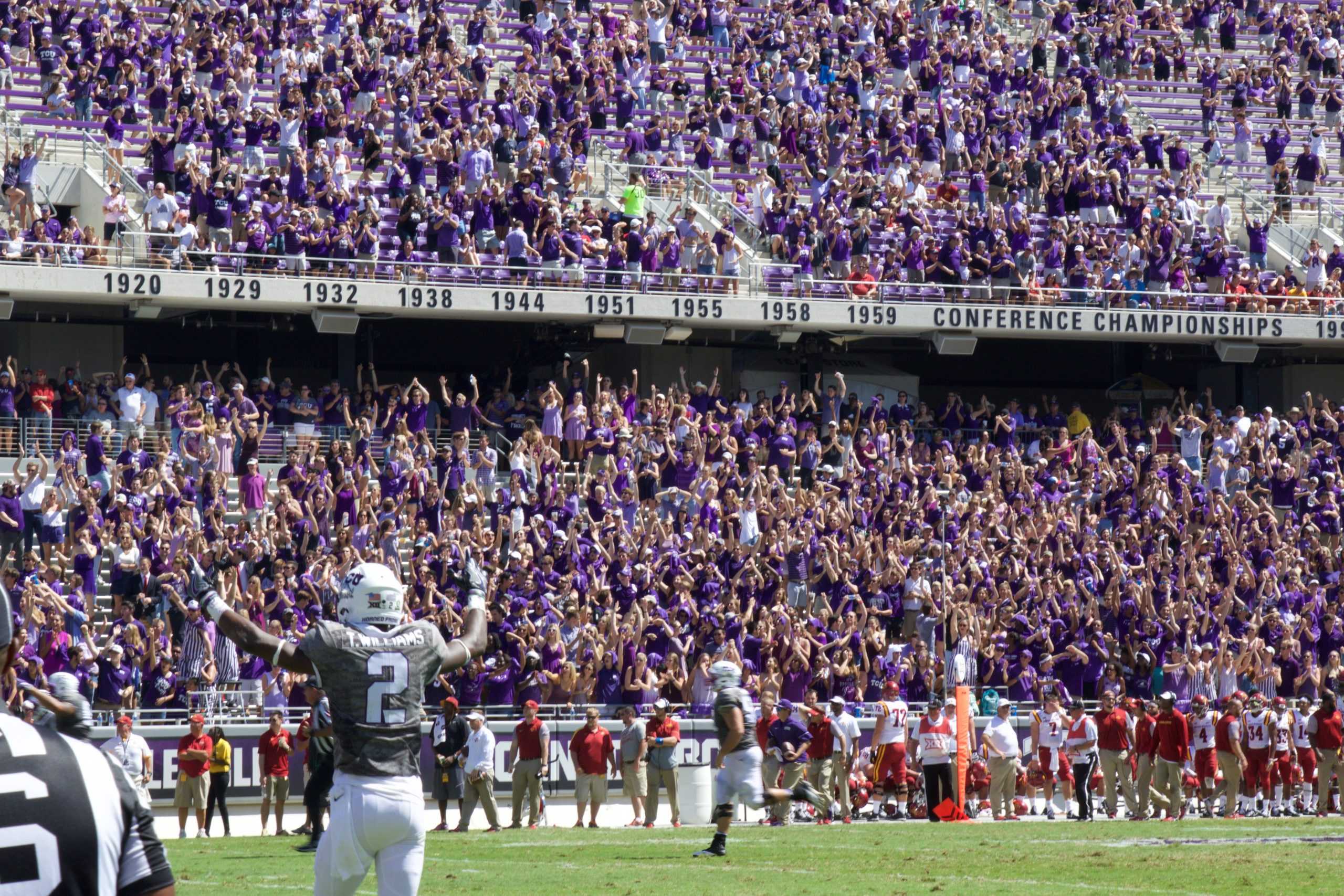 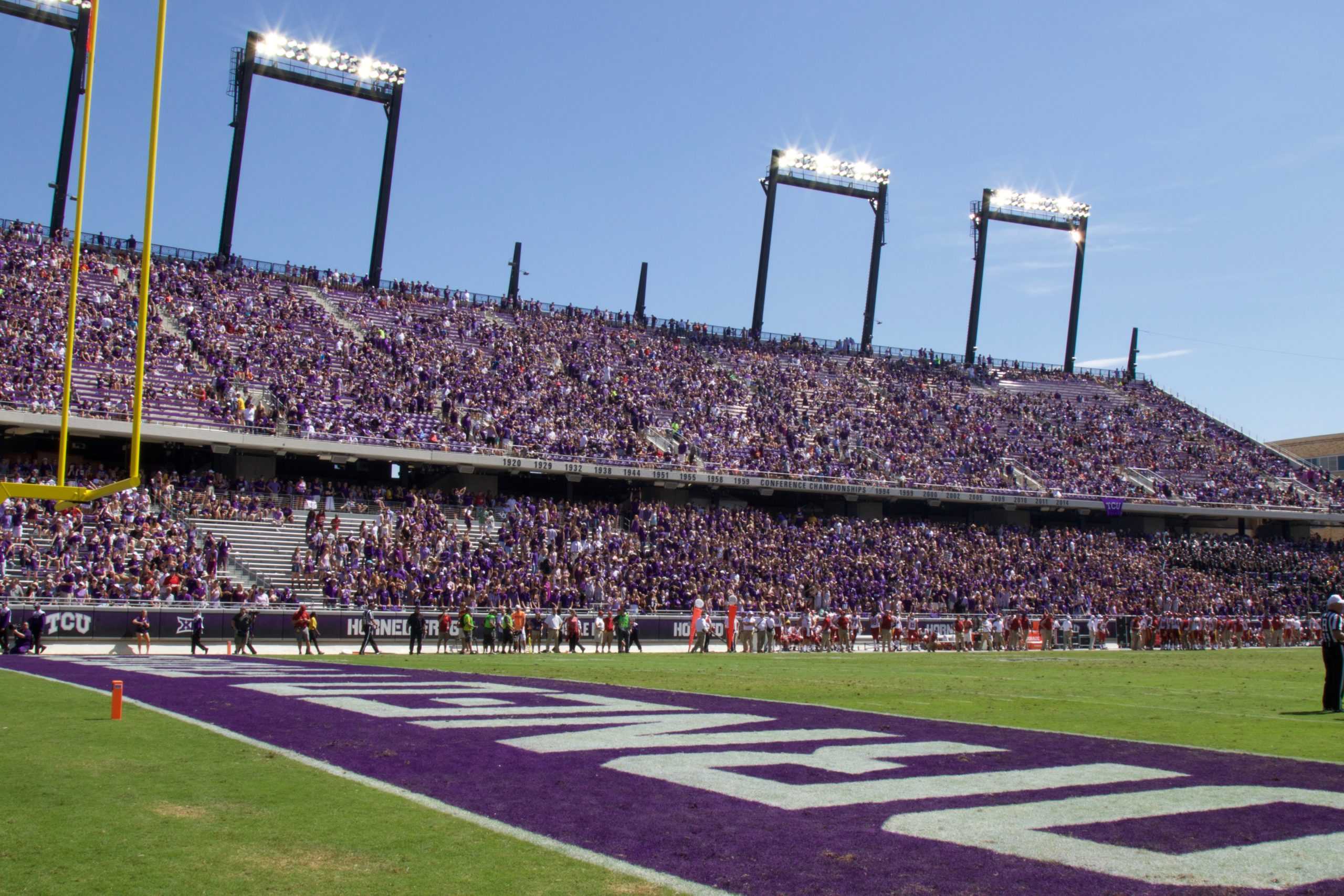 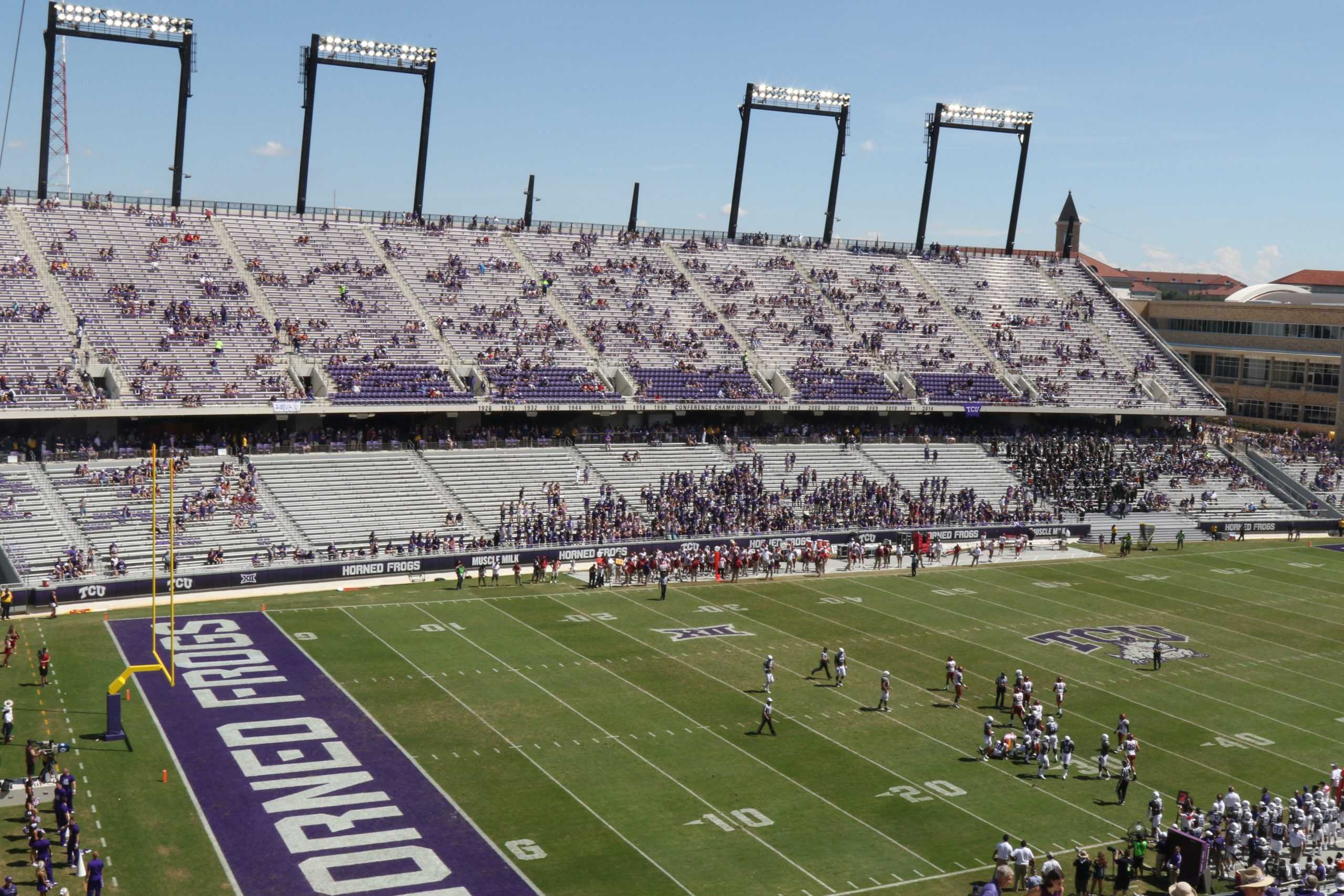 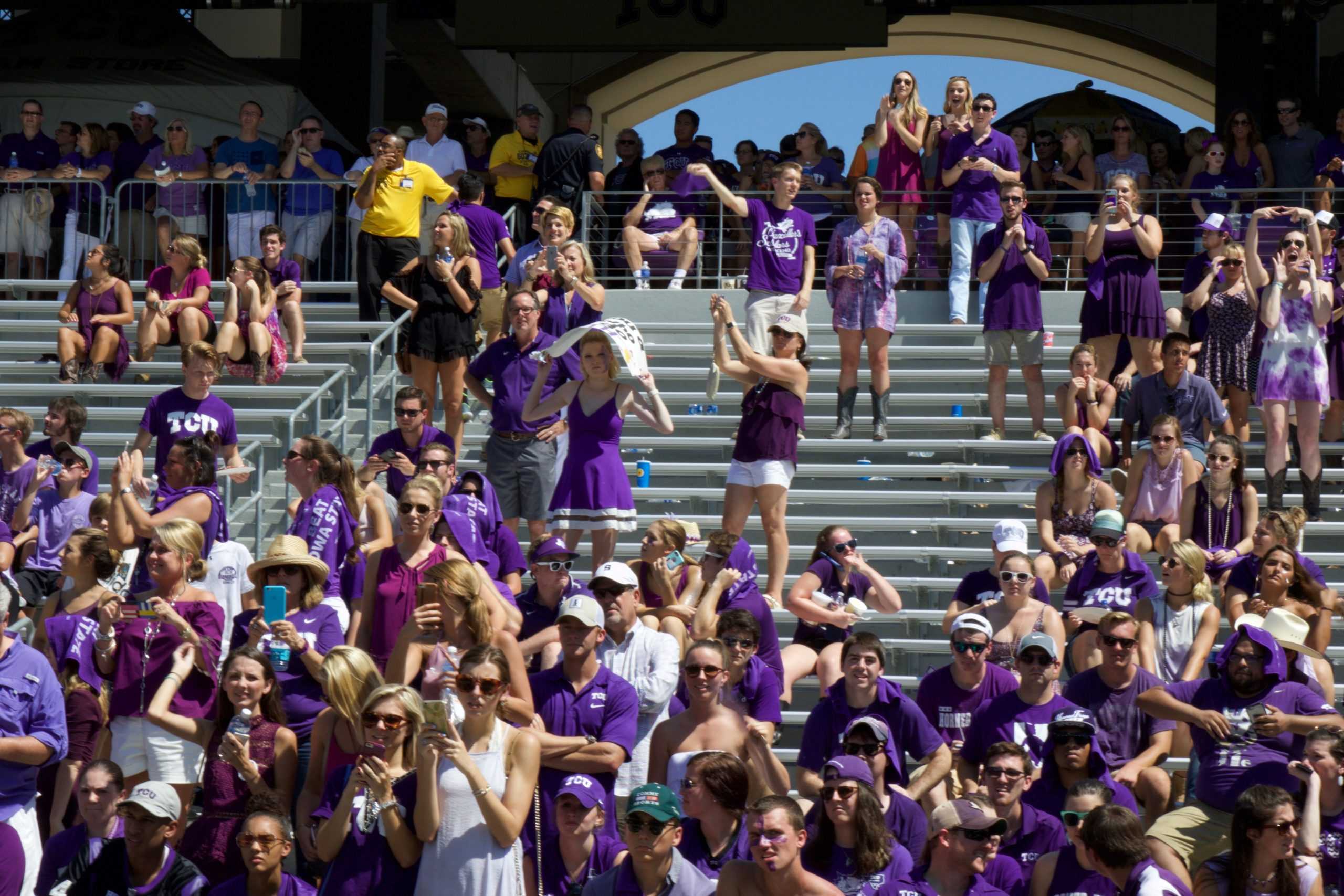 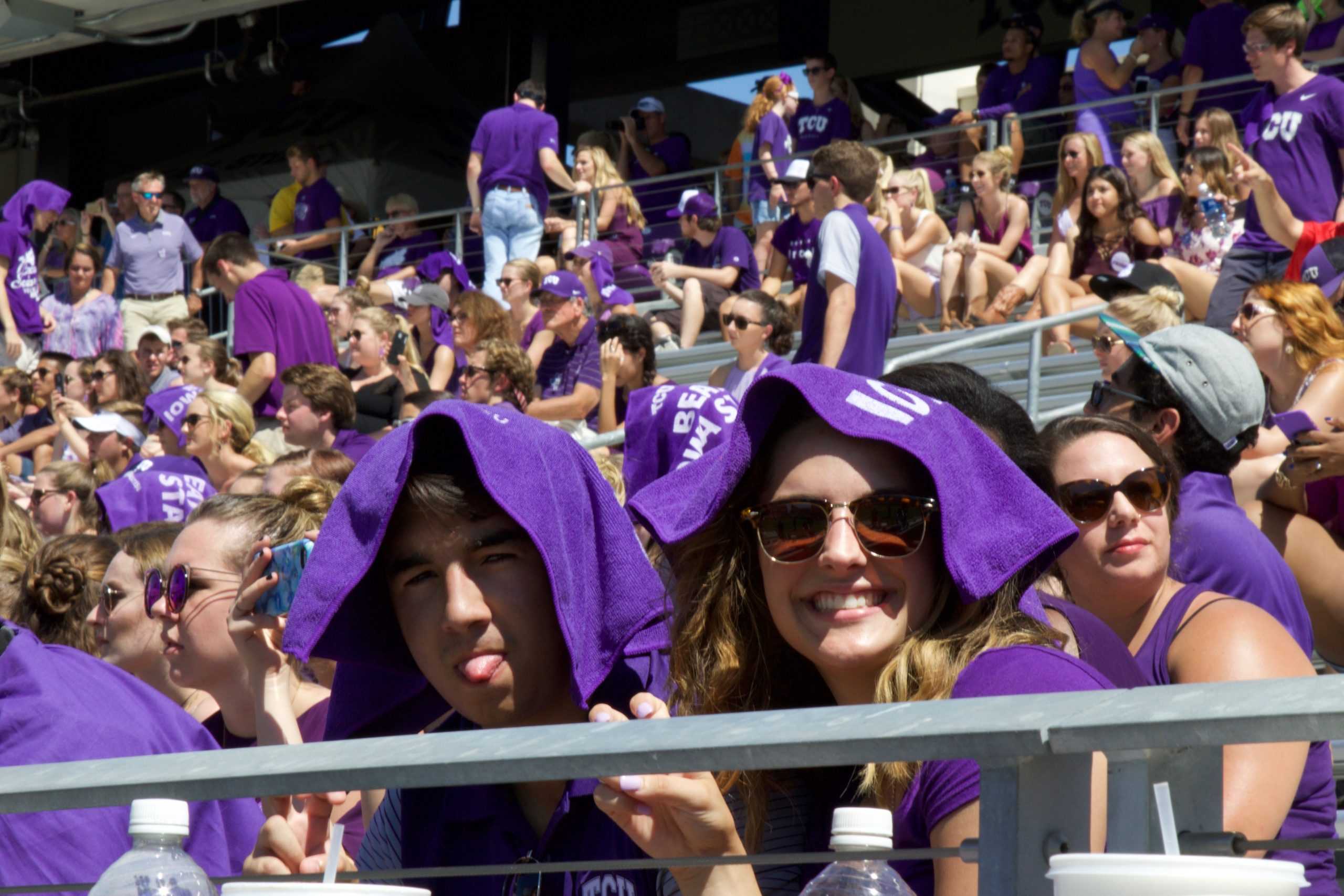 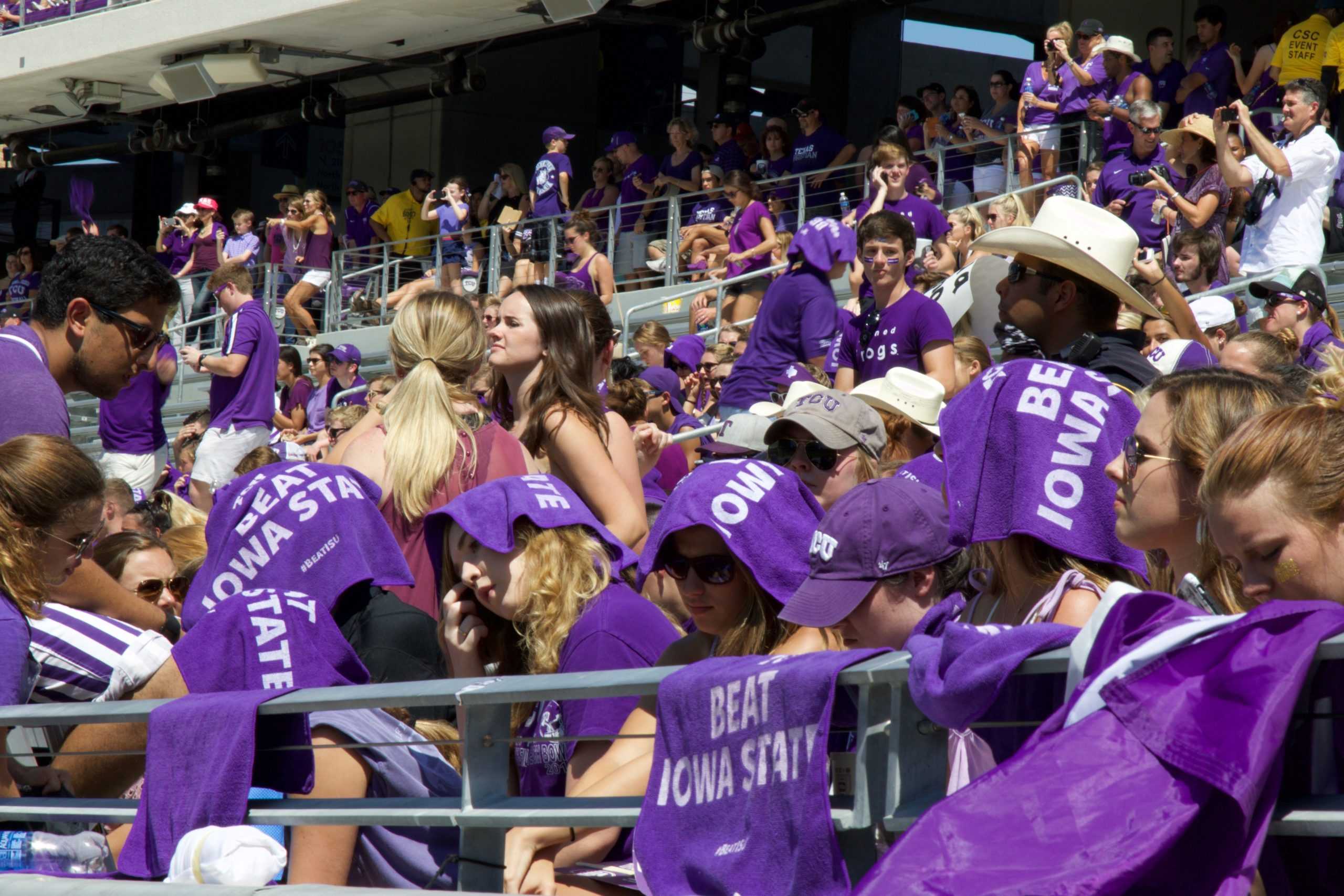 Families and alumni cheered the Frogs this weekend as TCU celebrated a joint homecoming and Family Weekend.

The combined festivities meant there was a little less wiggle room than usual for fans who wanted to tailgate before Saturday’s Big 12 opener against the Iowa State Cyclones.

The 11 a.m. kickoff  and the extra company made this the first game of the season where the student section wasn’t standing room only an hour before kickoff. Instead, fans continued to trickle in throughout the first quarter adding more and more energy to the early game.

Senior Courtney Heir had mixed emotions about the joint activities.

“I love having my parents at the game, even though we aren’t in the same section,” Heir said. “I think it’s really cool for all of our parents to see homecoming, but at the same time I think that homecoming is way too early this year.”

Senior Calvin Dutcher said that having Family Weekend and Homecoming at the same time added to the experience.

“It’s really special to share a piece of home with my life at TCU,” Dutcher said. “It means a lot to show them why people love TCU, and that it truly is the best place in the world.”

“Family, friends, football and frogs!” Del Medico said. “Doesn’t get any better than this.”

Alumni were also excited to be back at TCU for Homecoming 2016.

TCU alumni Cooper Henson said every time he comes back, he wonders why he left.

“The girls are prettier, the food is better, the beer is colder,” Henson said. “I hate real life. Go Frogs!”

Grayson McFarlin said even though it’s a strange feeling driving through campus, it’s great to be back with other TCU alumni and enjoying the game day atmosphere.

TCU alumni Blake Neuman said that he loves coming back and seeing his friends and TCU family.

“Everyone from my old roommates to the campus squirrels,” Neuman said. “They are having a happening time.”

Fall temperatures that climbed into the 90s prompted some fans, red-faced and sweating, to start leaving late in the second quarter.

Those who stayed fought off the heat by putting towels on their heads and focusing on their love for the Frogs.

“The sun is beating down on us, sweat is dripping down my body, but it’s all worth it for the Frogs,” junior Janie Fuller said. “It’s hot as heck, but TCU is going to pull the win out for sure.”