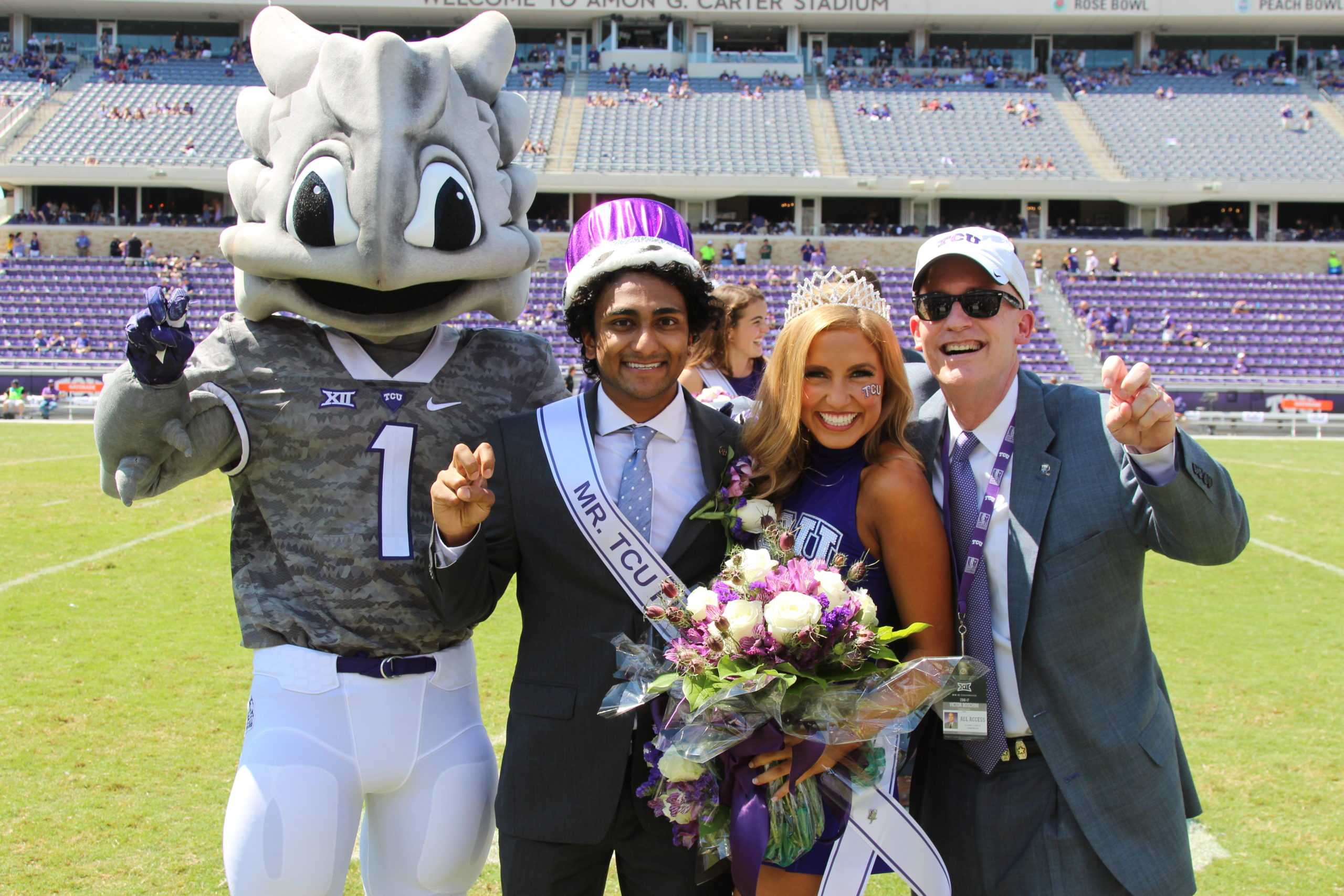 Seniors Prabhesh Patel and Canon Charanza were announced Mr. and Ms. TCU during halftime of the Iowa State game.

Prabhesh Patel is a Biology major from Gainesville, Texas. Before winning he said he was honored to even be nominated for the award.

Canon Charanza is a Strategic Communication major from Arlington, Texas. Before winning, she said this experience is an honor that she will remember for the rest of her life.

The winners were two of ten finalists in the process that began last spring. The nomination and application process was one of many hoops.  Students sent in an application with essays and resumes then sat down with faculty and staff for an interview along with a vote from the student body.