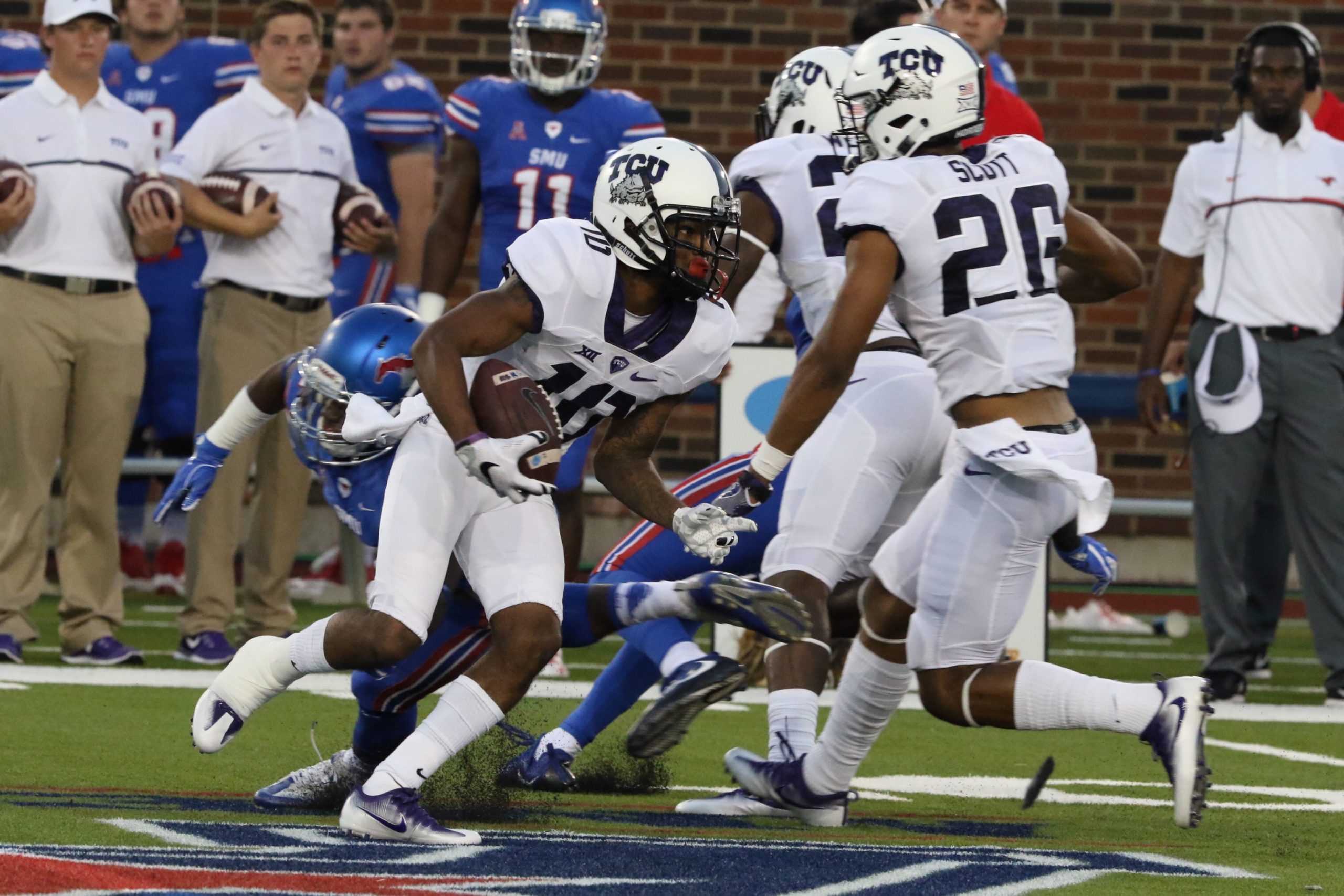 print
TCU renewed its rivalry with the SMU Mustangs Friday night and took a slim 6-3 at the half.

With 4:33 left in the first quarter, TCU kicker Ryan Graf tied the game at 3-3 after hitting a 46-yard field goal, a new career long for Graf.

After a six-play drive early in the second quarter, TCU quarterback Kenny Hill threw a pass that was intended for John Diarse, but was intercepted on the goal line by SMU linebacker Anthony Rhone. Diarse was on the receiving end of a targeting call on SMU cornerback Darrion Millines, who was ejected from the game.

Diarse returned to the game and caught a pass for 23 yards on the next possession.

Freshman wide receiver Dylan Thomas, a graduate of Paschal High School, caught the first pass of his career for a 13-yard gain and a first down.

After an 11-play, 77-yard drive, TCU settled for another Ryan Graf field goal, this time for 20 yards, after failing to pick up a touchdown at first-and-goal on the four-yard line.

TCU wide receiver Desmon White filled in at punt-returner for the injured KaVontae Turpin and performed admirably in the first half. White returned three punts for 74 yards, and caught three passes for 33 yards, totaling 107 all-purpose yards at the half.

The Horned Frogs collectively gained 215 yards total, with 150 coming on the arm of quarterback Kenny Hill. Hill completed an efficient 12 of his 19 pass attempts.

The TCU defense allowed a meager 160 yards of total offense to SMU, 94 yards passing and 66 yards rushing for a total of just three points.

TCU is going against the SMU holder Sean Tuohy Jr., the son of Leanne Tuohy who was featured in the film “The Blindside”.

The frogs are 12-2 against SMU under Gary Patterson, and 9-6 in short-week games.