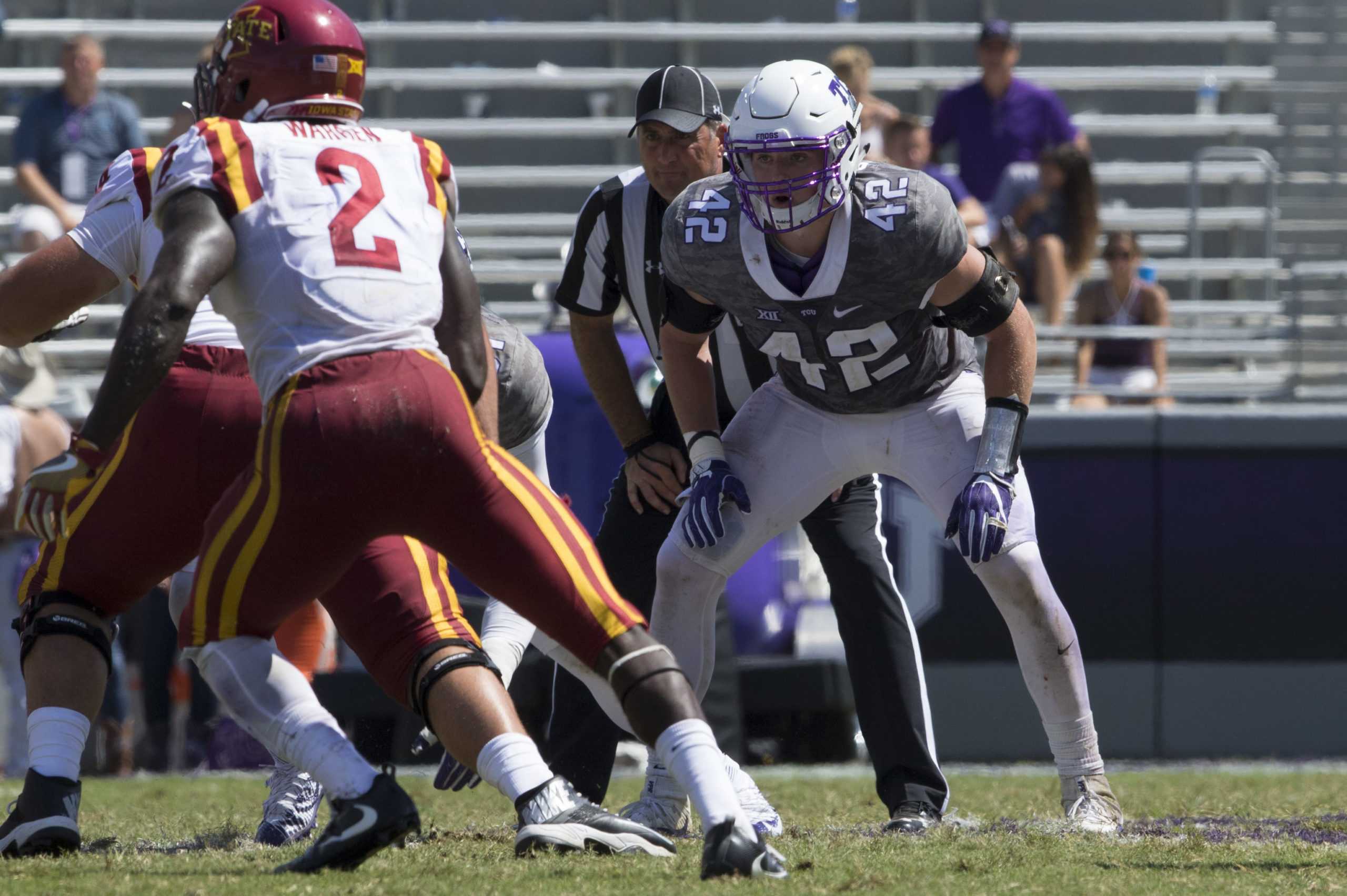 print
The crosstown rivalry between the Horned Frogs and the SMU Mustangs is back Friday night and the Mustangs are hoping a new quarterback and a nationally recognized wide receiver will help bring home the Iron Skillet.

Patterson said that as Sutton has gotten older, he has gotten faster. He said he can jump and “he has a lot of confidence.”

Sutton leads the nation with 25.8 yards per catch among receivers with at least 12 catches. His next touchdown reception ties Dallas Cowboys’ wide receiver Cole Beasley for the eighth-most in SMU history with 14 catches.

Patterson said he will likely use redshirt-freshman cornerback Jeff Gladney against Sutton.

Patterson said he was impressed with senior wide receiver Deanté Gray’s efforts in covering kicks and punts on special teams last week. Expect him as cornerback this week.

However, Patterson was non-committal on Gray playing defense the rest of the year.

“It’s like what I say about staying at TCU: I never say never, I just let my actions speak,” Patterson said. “He’s still there this week.”

Starting defensive end Josh Carraway, who was injured during the Iowa State game, will play this week Patterson said.

The Mustangs are starting redshirt freshman Ben Hicks at quarterback. Last year’s starter, Matt Davis, is out for the season after injuring his ACL in the opener against North Texas.

Patterson said he is pleased with TCU quarterbacks Kenny Hill and Foster Sawyer, who came in at the end of the Iowa State game.

“Kenny has played at a high level and I loved the way Foster came in and ran the offense on Saturday,” Patterson said.

Hill is the only player to rank in the top seven nationally in total offense (400.3 yards per game), passing yards (345 yards per game), and rushing touchdowns (6), according to the TCU media guide.

Patterson said the loss of wide receiver and returner KaVontae Turpin will be felt most on special teams because they have to find new kick and punt returners.

TCU is 12-2 in the Battle for the Iron Skillet against SMU under Patterson and 9-6 in short-week games.

TCU kicks off against SMU Friday night at 7 p.m. in Dallas.