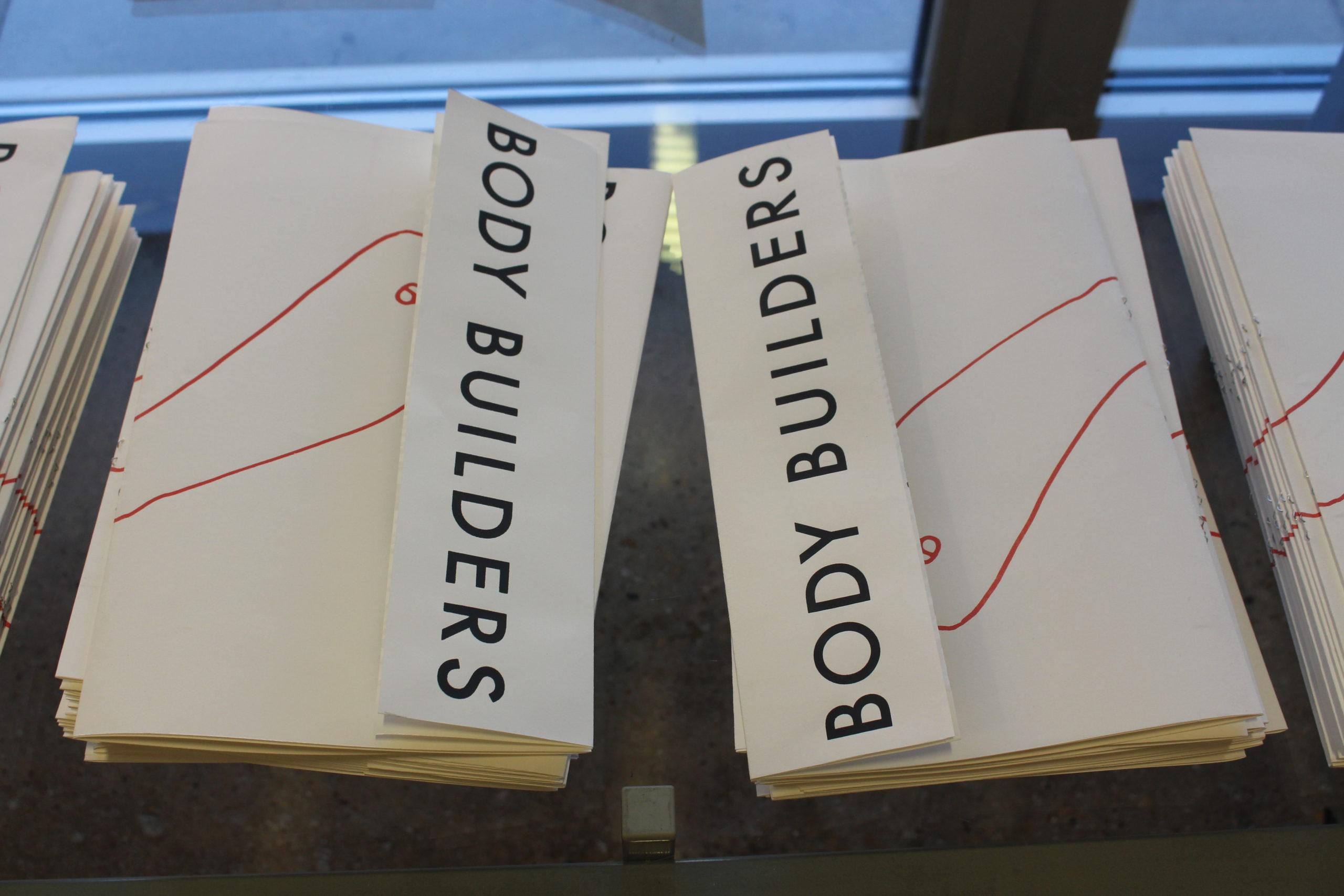 print
The latest exhibit at the Fort Worth Contemporary Arts Gallery is a collaborative effort between TCU students and British artist Emily Speed.

Speed was an artist in residence at TCU for two weeks earlier this month.

During her time here, she completed a film, an exhibition publication and created sculptures and limited edition prints. She also gave talks to students and made studio visits.

“It’s been quite a collaboration with the students on campus,” Speed said.

Three dance students were featured in Speed’s film that explored power, gender and status through classical architectural forms. Speed focused on the meaning of the caryatid, the draped female figures that are carved in stone as supportive pillars of ancient classical buildings.

The dancers demonstrated Speed’s idea that these caryatids can be liberated and free from their traditional static role.

“Working with dancers and choreographing the work opened up loads of new ideas,” Speed said. “It’s made me really want to work with dancers again.”

Elisabeth Pierson, one of the dance students in the film, had never worked with an artist before.

“She was so fascinated with what we, as dancers, could contribute to her work,” Pierson said. “This experience has really shown me what opportunities there are for artists; whether painters, sculptors, dancers, or theater performers.”

“Body Builders,” is Speed’s first exhibition in Texas and has been in the works for quite some time.

Last spring, Speed visited the U.S. and explored TCU and Fort Worth. Guided by Sarah Jayne Parsons, gallery director, Speed observed the architecture of the area and began brainstorming for her future works.

“The work came out of thinking about the campus [TCU] and its architecture,” Speed said.

Parsons got to know Speed after commissioning her on a group-exhibition in the U.K.

“I learned that she worked in a very generous way,” Parson said. “I thought would be great in the academic environment.”

Over the course of a year, the two had conversations about what Speed might do when she returned to TCU.  Speed sent many drawings of sculptural objects and costuming ideas.

Earlier this month, Speed left her small studio in Liverpool to return to the U.S. and began her residency with Art Galleries at TCU.

When Parsons first thought of bringing Speed to TCU, she hoped that it would inspire the students to see that they can work across many forms of expression, using different media.

“The students were able to see how all the parts came together as a whole for the exhibition,” Parsons said. “They were able to look over the shoulder of a professional artist at work who came with a vision and made the decisions necessary to carry it out.”

Speed doesn’t refer to herself as a painter, sculptor or choreographer.  For her, the idea comes first and the medium is chosen to fit its expression.

“I don’t like to tie myself down to just one thing,” Speed said.  “I’m just an artist I guess.”

Speed’s work will be at the Fort Worth Contemporary Arts Gallery until Dec. 3.