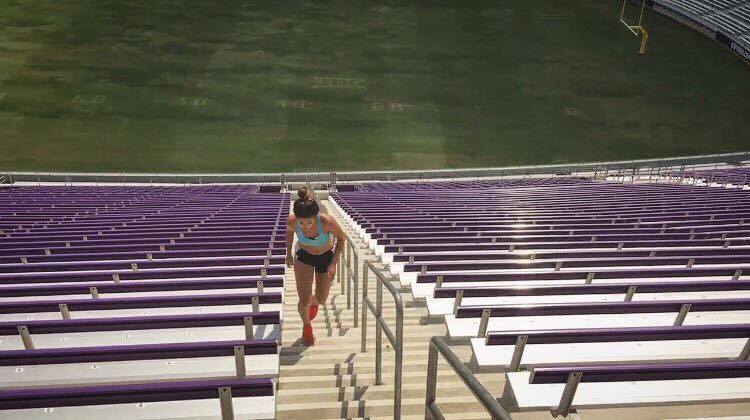 Empowering others to love their bodies has become one TCU student’s mission.

Senior psychology major Sabrina Harb launched an Instagram account that showcases a myriad of body types in an effort to dispel the notion of an “ideal” body.

“Chasing the ‘ideal’ body image will never give you eternal fulfillment, because this image is artificial,” said Harb. “I want people to find beauty from within and transfer positivity to those around them.”

Harb’s Instagram Wait for Weight has since amassed more than 1,500 followers since its July start.

Harb’s posts include workout routines, healthy meals and features on those who have struggled with body image.

“College students are at one of the highest risk populations for eating disorders,” Swartz said. “That has a lot to do with some of the stressors like leaving home, learning to eat with a different environment than people ever have and different social pressures than they’ve had before.”

An estimated 60 percent of college-aged women feel pressured to be a certain weight, according to DoSomething.org.

Harb said she hopes the people reading her post will “feel as if they aren’t alone.”

She said she emphasizes that struggles with body image can lead to eating disorders and other mental disorders.

“I really respect anyone who is willing to go out on a limb and say something different because this isn’t always society’s expected and normalized statement to be you and be healthy and that’s what’s important about us, not our appearance ideal or our body ideal,” Swartz said.

To listen to more of what Swartz has to say about body image, listen below.

The National Eating Disorders Association reports millions of Americans each year suffer from eating disorders. This includes half a million teenagers with disorders such as anorexia, bulimia and binge eating disorders.