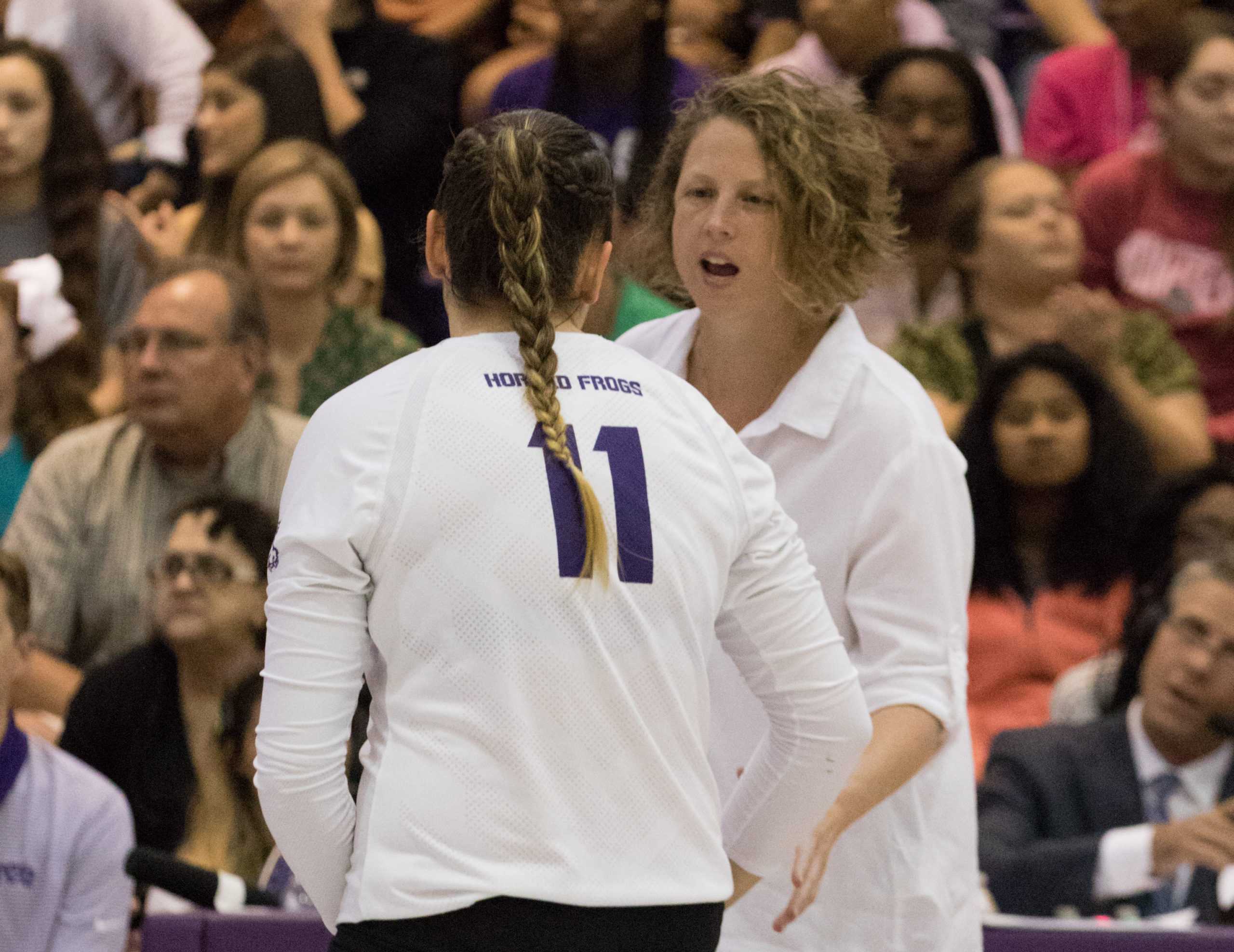 print
When Lamprini Konstantinidou checked her phone in December 2014, she had a text message from her volleyball coach, Jill Kramer, saying they needed to talk.

“When she says that, you’re usually in trouble,” said Konstantinidou, who played setter for West Virginia at the time.

As a first-year player, Konstantinidou played in 29 of the Mountaineers’ 30 matches. She led the team with 971 assists.

Now after her first season, she found out that she is not in trouble, but rather that Kramer was leaving West Virginia.

Kramer, for whom Konstantinidou had left her home of Greece to play volleyball, was leaving for TCU.

However, before the meeting ended, Kramer told her she was welcome to follow her to Fort Worth.

Transferring to TCU meant Konstantinidou would have to sit out a season because of the NCAA rules. Still, she wanted to follow Kramer.

Over that summer, she talked to her family about the decision. She said they supported her decision, saying she should “be with people where I feel safe and comfortable.”

“I feel like we connect really well,” she said. “I can talk to her about things besides volleyball, like school and other things.”

Kramer knows adjusting to life in American can be difficult.

“My husband is from the Netherlands,” she said. “I know what he went through to come here, so I know what she’s going through.”

She added that body language and eye contact are keys to dealing with language barriers.

Konstantinidou said transferring distracted her from being homesick.

“My goal was to go where Jill went,” she said. “I wasn’t really thinking of home.”

Kramer said she likes the progress Konstantinidou has made after sitting out a year.

“She’s now starting to get back to being herself on the court and getting into the flow of being on a team with people who have played together for a year,” Kramer said.

Konstantinidou said she benefitted from having a year to adjust.

“I did everything with the team but traveling and playing,” Konstantinidou said. “I was able to focus on my academic part and go to class everyday, plus I practiced, lifted and conditioned more.”

Kramer said she was impressed with Konstantinidou’s work ethic after seeing how she handled herself when she could not step on the court.

“She put in a lot of extra time on her own to improve and get better, which was really cool to see,” Kramer said.

This season Konstantinidou has played in all 25 matches and all 89 sets. She has had 507 assists.

The Frogs’ regular season finale is Wednesday, Nov. 23 in the University Recreation Center against the West Virginia Mountaineers. First serve is set for 7 p.m.