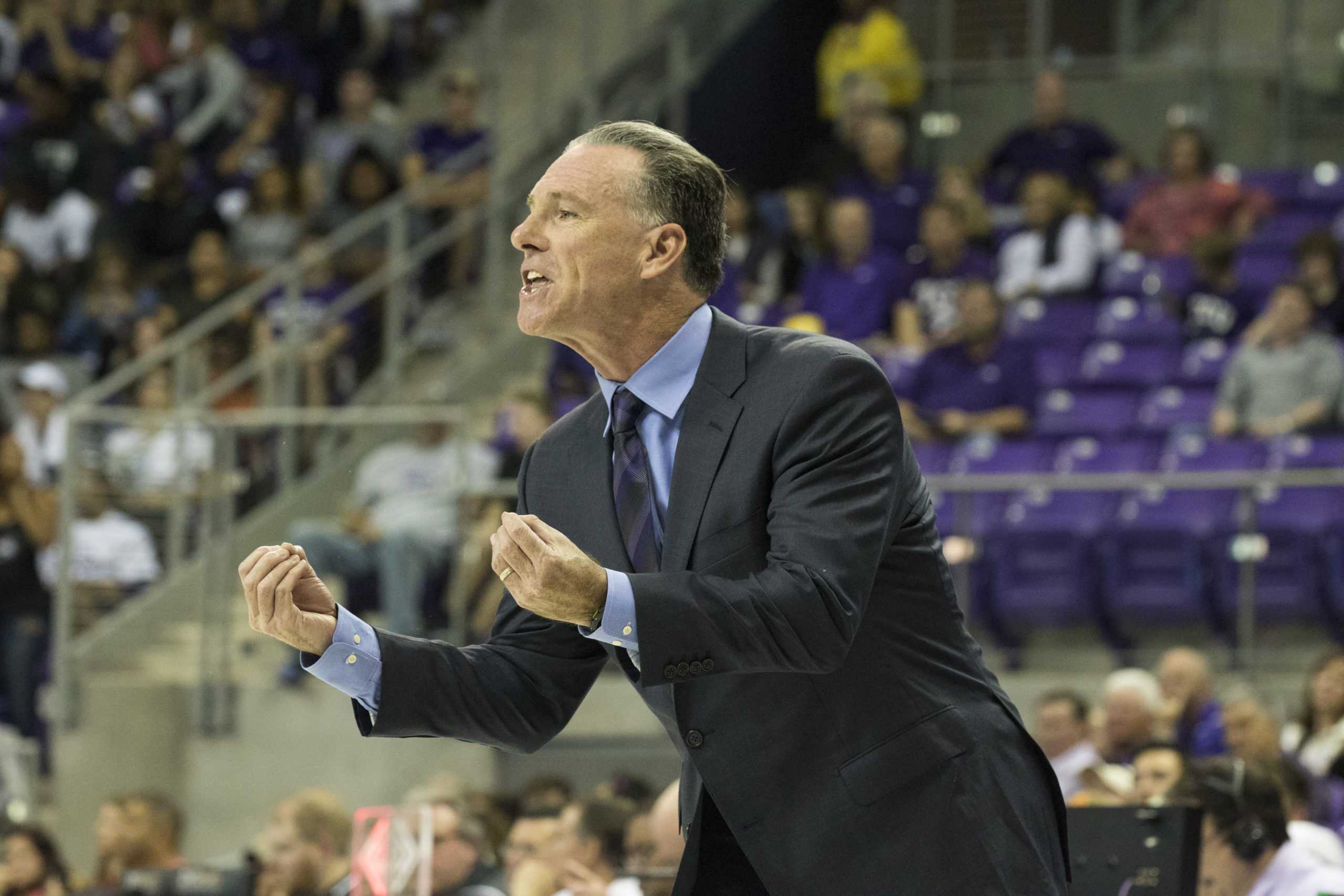 print
The Frogs kicked of their 2016 season with a 82-64 win against St. Thomas on Friday night.

This was the first game under new head coach Jamie Dixon and the team looked strong to start off the season.

The story of the day was the offense as TCU had six players score double-digit points. A&M transfer Alex Robinson lead the team with 16 points while shooting 33 percent from beyond the arc. Freshman Jaylen Fisher was impressive throughout the game. He put up 14 points while having seven assists and four steals. Senior Karviar Shepard contributed as well posting 14 points.

Shepard said the transition to the new coaching staff has been smooth.

“My teammates really looked out for me today giving me open shots and just building our confidence up,” Fisher said.

Dixon said that he had a lot of fun coaching in his first game back at TCU.

“It was fun, weird, strange, different, obviously but sometimes you have to pinch yourself out there getting ready.” Dixon said. “It was fun to get our guys out there they needed to play in front of some people.”

Dixon also said that he was happy with the way Fisher performed.

“Jaylen was terrific.” Dixon said. “I think he improved defensively from the first two scrimmages. Still has a long way to go as you would expect from all freshman, but his toughness, his conditioning, his physicality along with his quickness, all things that make him what I think is going to be a real good point guard for us.”

The Frogs continue their season Monday, Nov. 14 when they take on Alabama State at the Ed and Rae Schollmaier Arena. Tip-off is set for 8 p.m.