TCU 360All TCU. All the time.
74.9 F
Fort Worth
Facebook
Instagram
Twitter
TCU 360All TCU. All the time.
News Campus News Students of Color Coalition “speaks out” against discrimination
Facebook
Twitter
Linkedin
ReddIt
print
The Students of Color Coalition organization held its first “Speak Out” event in front of Sadler Hall to allow students, faculty and staff to discuss discriminatory topics taking place on and off campus.

People shared their stories and experiences of racism, islamophobia, homophobia and many more instances of discrimination Wednesday morning.

The Students of Color Coalition is an organization started by Shanel Alexander and Diona Willis, senior political science majors, and Emily Laff, senior journalism major and managing editor of TCU360.

Alexander, the president of SOCC, said this event was needed on TCU’s campus in response to the divisive rhetoric that pervades the culture.

“This is such an important time for people to have conversations with the recent election and the tension on campus and in the nation,” she said. “We felt like now would be a perfect time to express how we are feeling in terms of all the phobias: homophobia, xenophobia, islamophobia and racism, and just use this as a platform to speak our peace.”

Alexander said her main goal of “Speak Out” was to encourage students, faculty and staff to listen and try to understand how others may feel.

“One goal I was sharing with people is I wanted people to be forced to listen, to take it in and to realize this really happens. It’s not a ‘leftist myth,’” she said.

She also said it was important to allow students, faculty and staff to have an event where individuals could have a platform to speak their voice.

“We basically wanted to give people a safe space,” Alexander said. “A lot of people were very upset about the election and didn’t have a way to show it.”

Alexander was one of many students who spoke about her experience of being a minority at TCU.

Alexander said one of her first experiences at TCU as a transfer student from Los Angeles, California, was being called the N-word.

She said she experienced culture shock transferring to TCU and felt the need to initiate change on a campus where she does not always feel welcomed.

Dr. Max Krochmal, an assistant professor in the department of history, said he participated in the speak out to show students, staff and faculty of color they have allies.

“I share in their outrage toward hate speech, racism, xenophobia, sexism, homophobia and other forms of oppression in our society,” Krochmal said.

Krochmal also said he wanted to encourage others on campus to continue the fight for justice regardless of one’s background.

“I wanted people to know that I also feel targeted and repressed by intolerance and that all of us who want freedom and democracy, including white people, must take a stand in support of justice for all,” he said.

Alexander said she is unsure if SOCC will have any future “Speak Out” events. 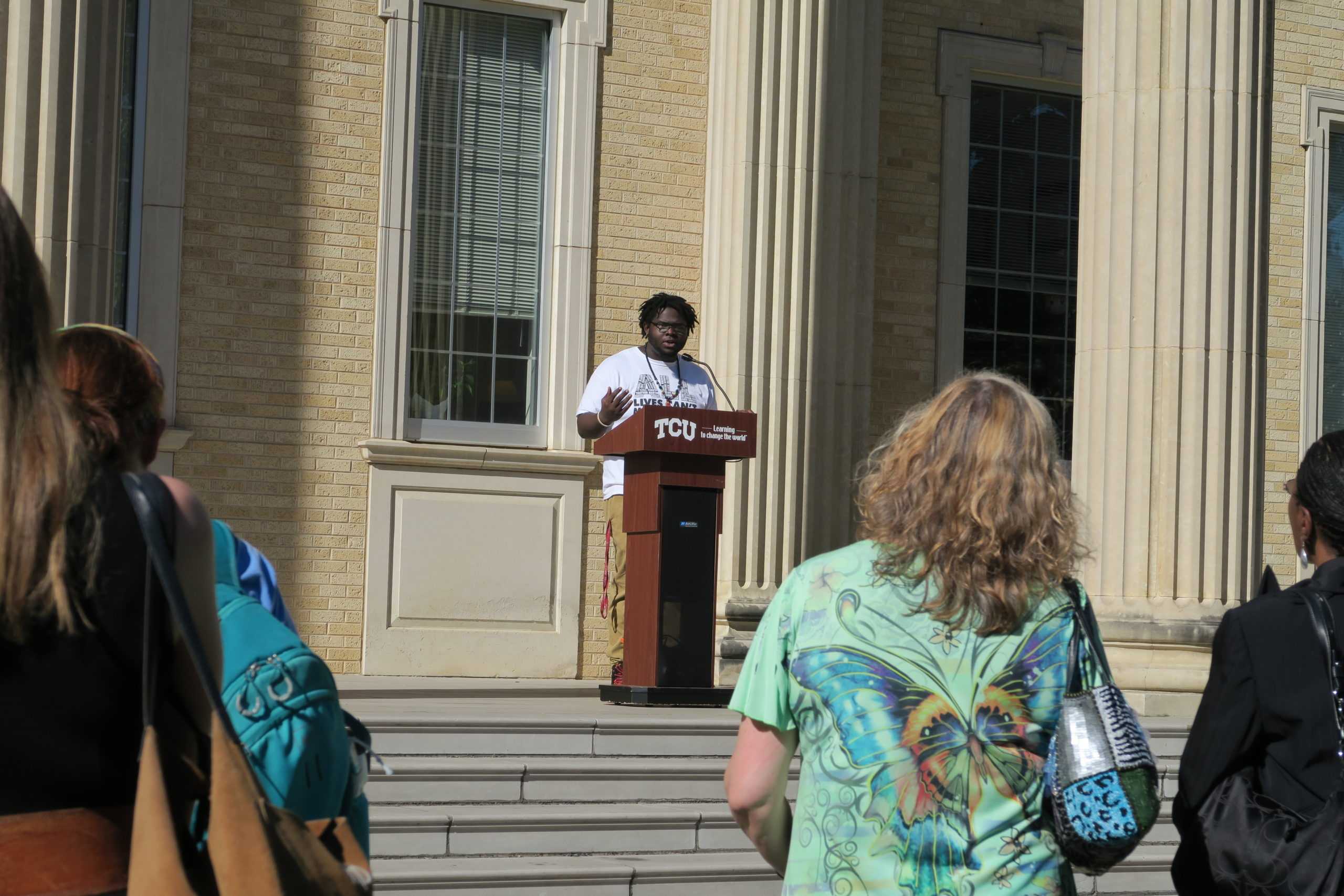 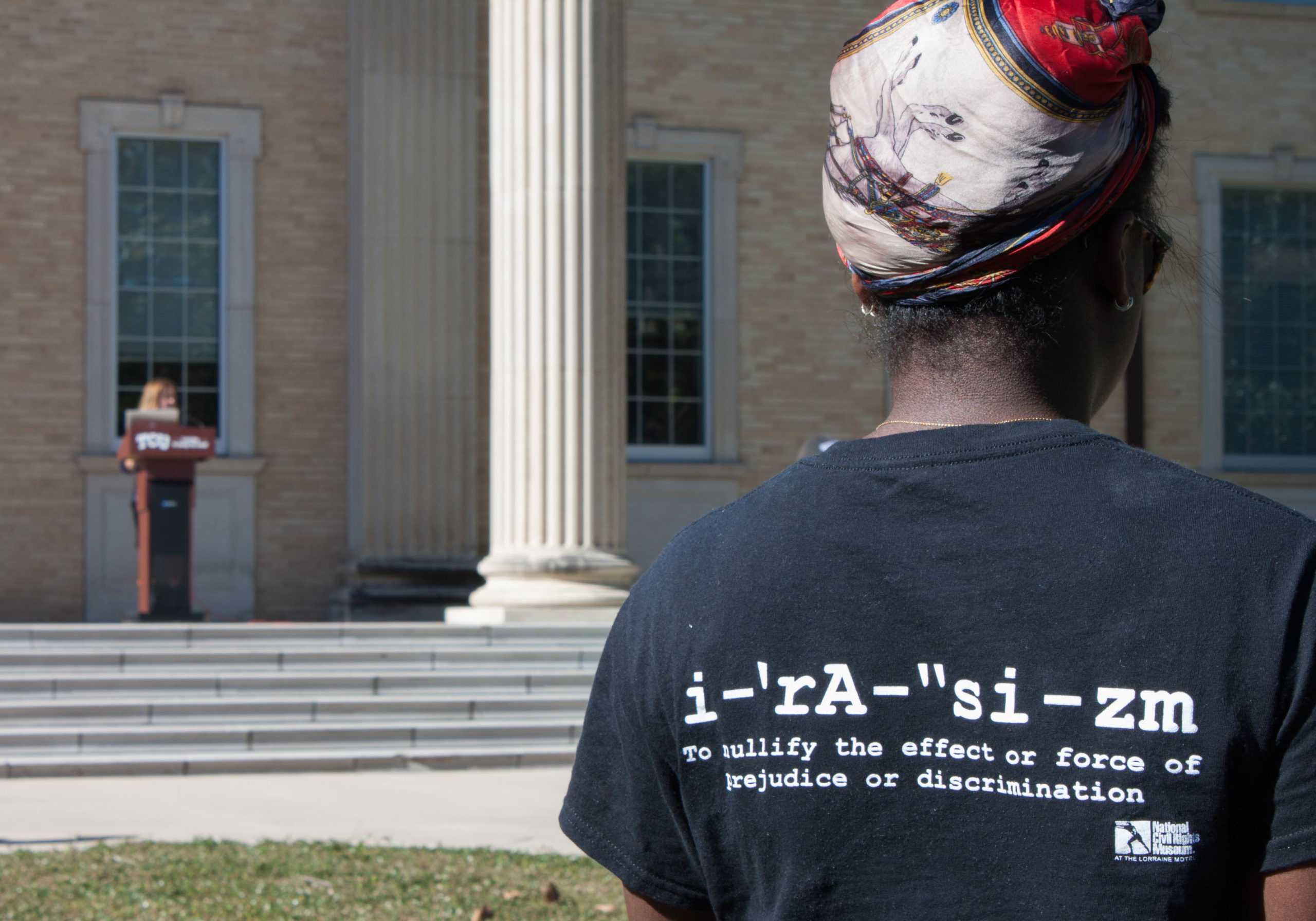 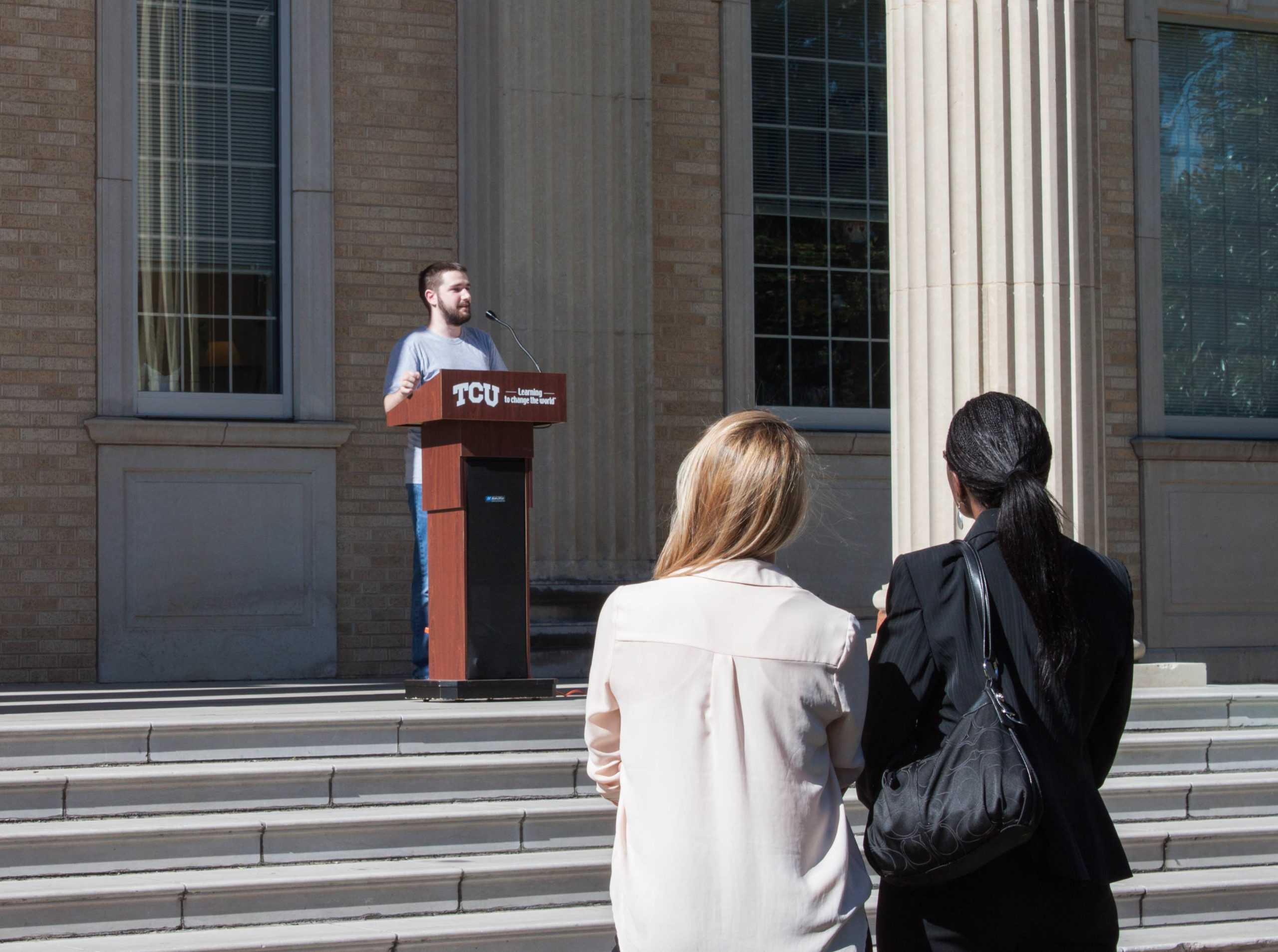 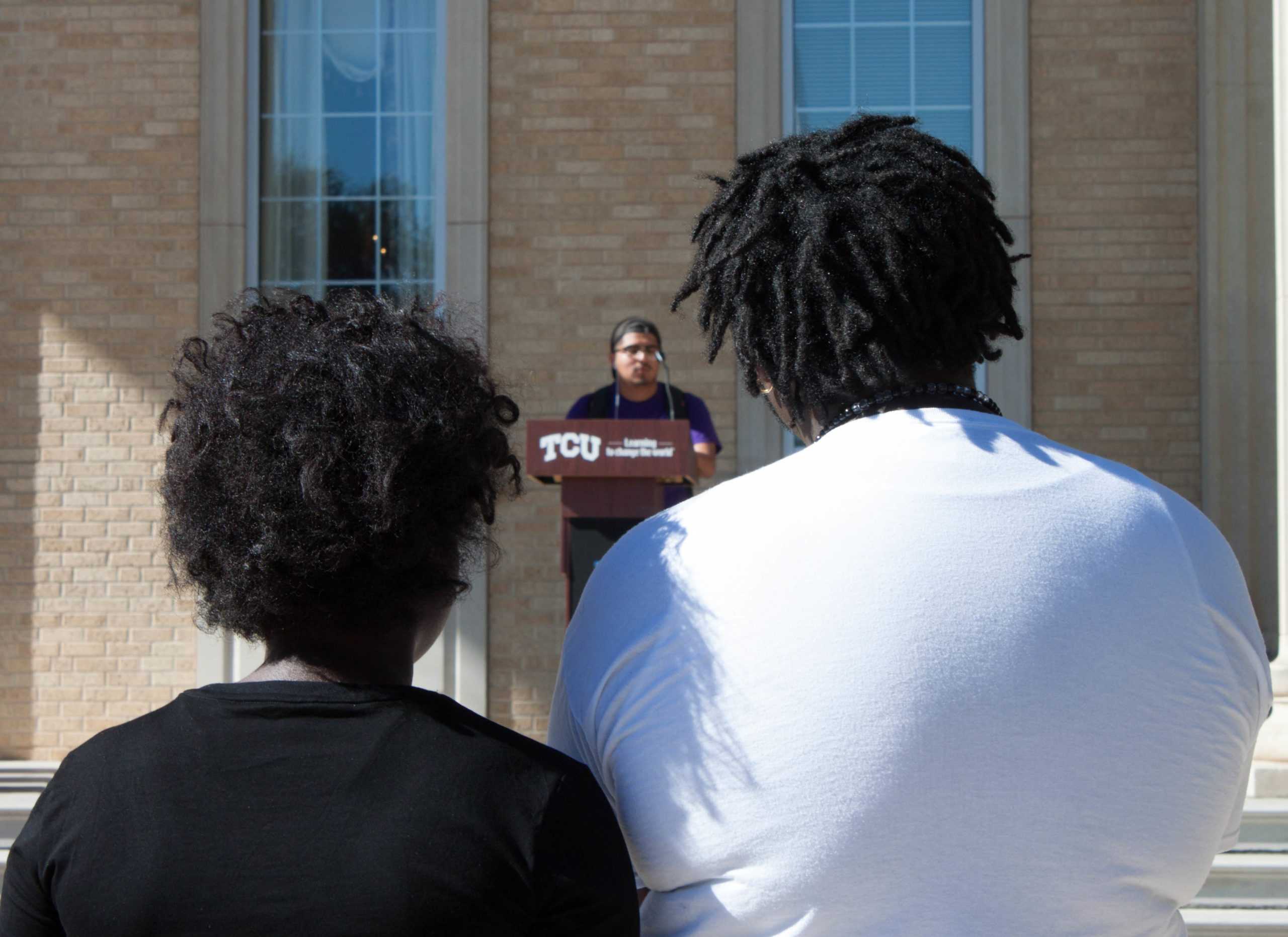