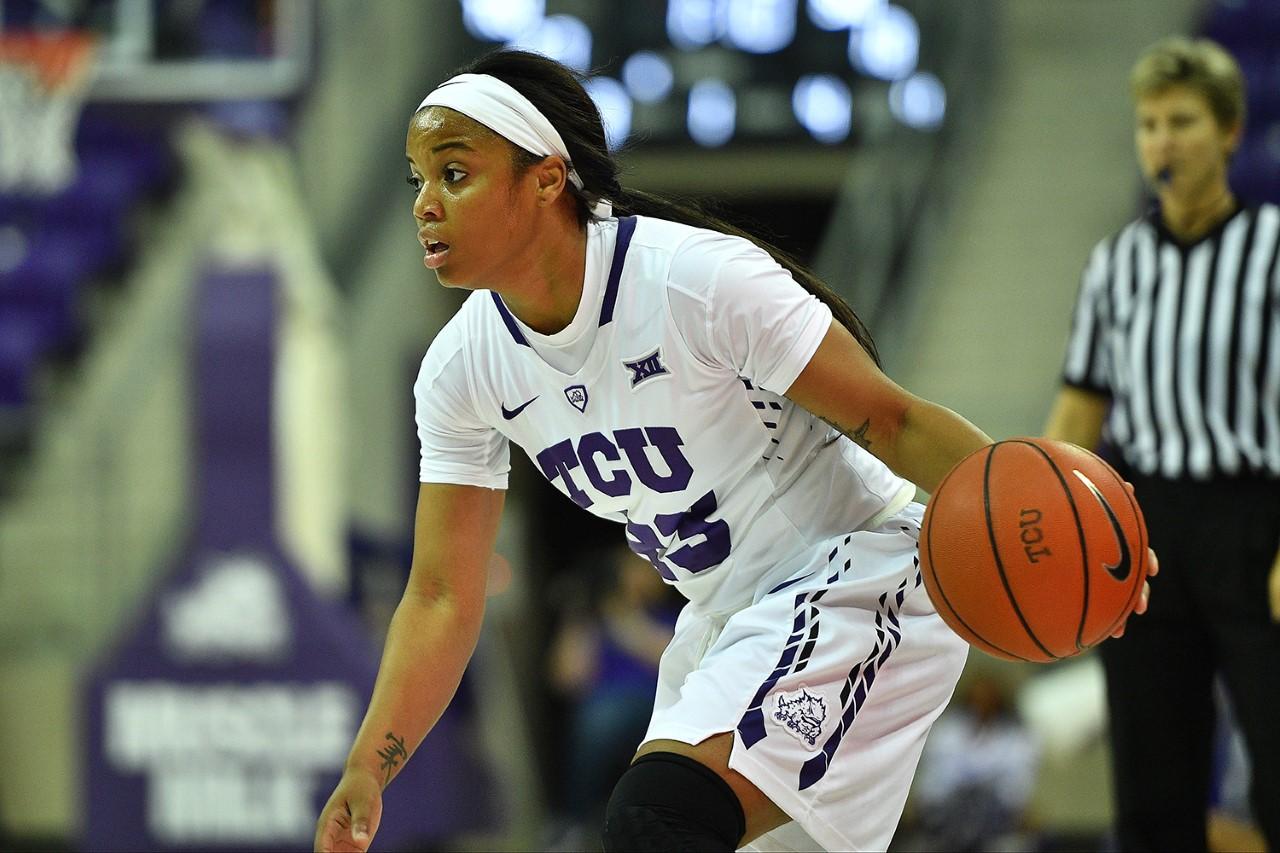 print
A strong defensive second half by the Frogs and a strong performance by AJ Alix pushed the Horned Frogs past an undefeated SMU. The Frogs defeated the Mustangs, 76-67.

Alix was a key factor for the Frogs on Sunday night. She finished with 20 points on 7-14 shooting, including 5-7 from behind the three-point arc, playing her best game of the early season. She also made herself known on the defensive end of the court, finishing with three steals in 32 total minutes played.

Alix said her teammates have built her confidence up after two subpar games to start the season.

Jada Butts, a senior guard who finished as TCU’s second leading scorer with 14 points and 7 assists, responded to their defensive pressure in the second half.

“[At halftime] Coach really put an emphasis on ‘amping up’ [on defense], getting multiple stops in a row, and shutting down their hot player,” Butts said. “They were working too hard on offense [in the first half] and should have let our defense fuel our offense.”

Coach Pebley said that the Frogs did a great job of defensive rebounding in the game, which was their best statistic of the game, in her opinion.

“We limited them to 8 offensive rebounds,” Pebley said. “That is one of their big strengths, and they have the length to rebound very well.”

The Frogs limited SMU to four-second chance points, outscoring the Mustangs by 11 in that area of the scoresheet.

TCU started the game perfect from behind the three-point line, hitting their first nine, and not missing until 5:53 was remaining in the second quarter. The Frogs were only two three-pointers shy of tying a twenty-year-old NCAA record, a record that TCU holds when they hit 11 three-pointers in a row against Lamar in 1996.

“It’s helping her play stronger in the most physical element of the game,” Pebley said. “She is doing some really good things defensively and preventing people from getting touches deep in the paint.”

This win has moved TCU to 3-0 on the season.

The Horned Frogs will close their four-game homestand on Tuesday night, Nov. 22, when they take on Grambling State at Ed and Rae Schollmaier Arena at 6:30 p.m.