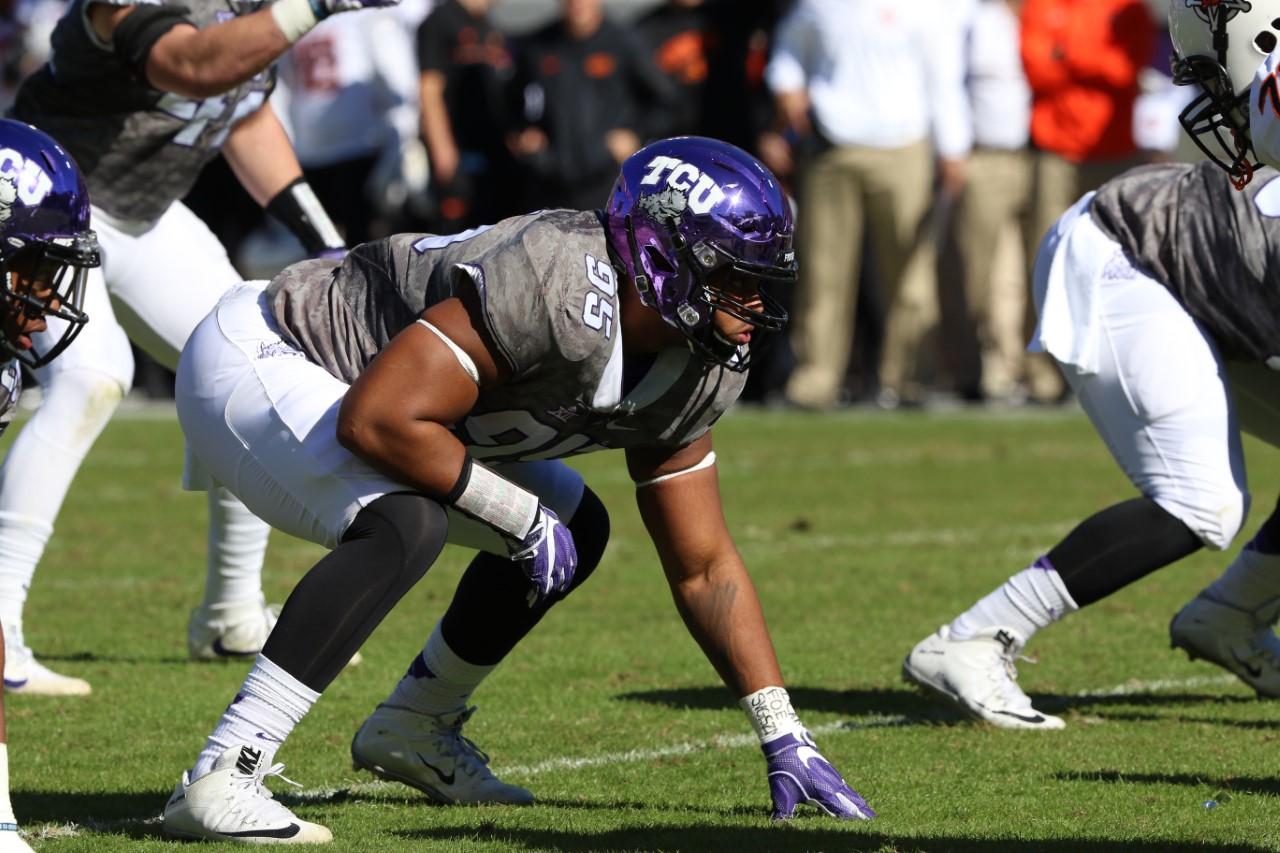 print
TCU won’t just be playing for a win in Austin on Friday, the Frogs are also trying to become bowl-eligible.

Despite a 5-6 record, the Longhorns are expected to be a challenge. Running back D’Onta Foreman leads the country with 1,863 rushing yards. He tops all running backs in yards per game with 186.3.

“He’s one of those guys where you need multiple defenders to tackle him because he keeps coming at you,” Patterson said.

Foreman will face three of the top-five tacklers in the Big 12. TCU linebackers Travin Howard and Ty Summers are the conference’s top two tacklers. Howard averages 10.8 per game and Summers 9.1 per game. Safety Denzel Johnson is the Big 12’s fourth-best tackler, averaging 8.0 tackles per game.

Patterson has confidence in his defense heading into Austin.

“We’ve played better defensively on the road than at home this year,” Patterson said.“Why that is, I don’t know.”

Offensively, Patterson hinted that backup quarterback Foster Sawyer could see some action if the offensive continues to struggle.

“We could see Foster, but that depends on how the game goes and how Sonnie feels,” Patterson said. “Obviously we want to win ball games, so whatever it takes to win.”

Patterson is focused on the game, not the speculation on the future of Texas head coach Charlie Strong, whose job may be in jeopardy.

“I think Charlie is a good man and good football coach,” Patterson said. “I can’t worry about it.”

He did say the uncertainty could rally an emotionally-charged Texas team.

TCU is looking for a third straight win over the Longhorns for the first time since they had four straight victories from 1935-1938.