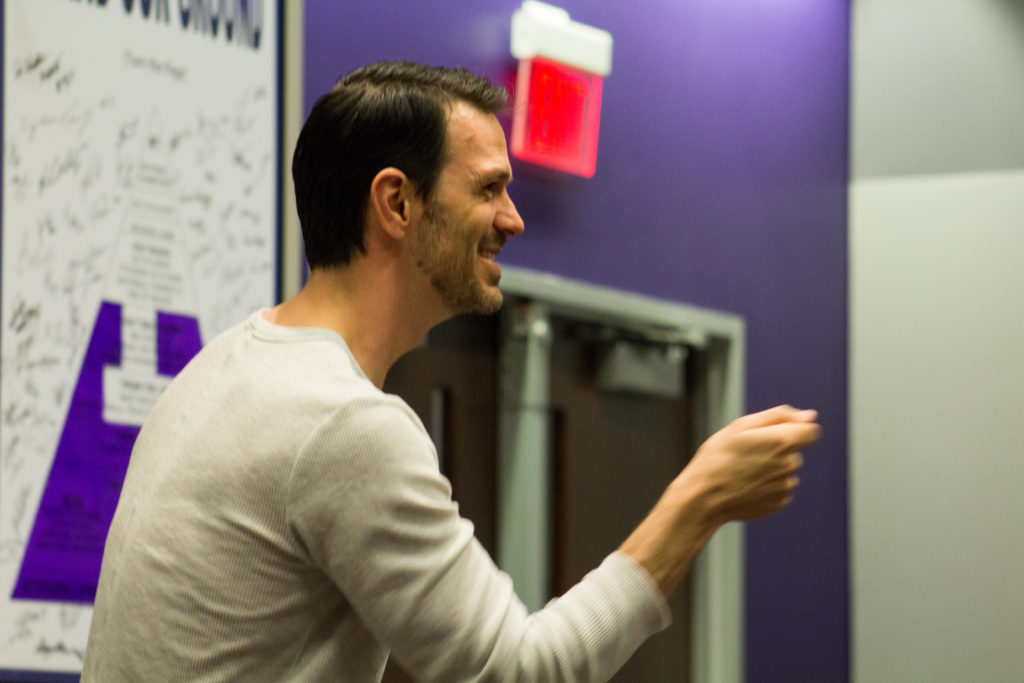 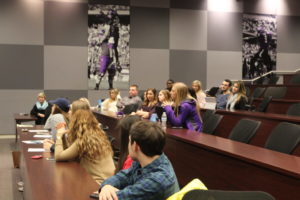 The cream doesn’t always rise to the top, sometimes it takes hard work and long hours. This was the advice of a TCU alum who worked his way up to the NFL Network.

Marc Istook, sportscaster for NFL Now, has worked in entertainment, news, studio and sports for 15 years.

“The people who stay the longest, work the hardest, and keep going are the ones who get the job,” Istook said.

Istook spoke to journalism, sports broadcasting, and FTDM majors Thursday about how much work it takes to land a dream job.

“Whoever is willing to get up early, work the extra hours and work harder than everyone else is going to get a job,”Istook said. 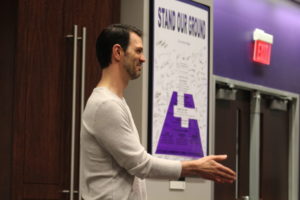 Istook asked students to introduce themselves and explain their dream job. Then, he gave specific advice to every student’s career path.

“After college, your job is a weed out experience,” Istook said. “You have to decide to go 100 percent in, or call it quits. And I went 100 percent in.”

Istook began his career at TCU studying Pre-Medicine. After a year of wanting to watch the news rather than read his textbooks, he decided to pursue a career in broadcasting.

“In college, I wish I had developed more discipline for time management,” he said. “Take advantage of internships and opportunities you have at TCU, and be strategic with your time.”

Istook, who got his first job one year after graduating, worked as the weekend sportscaster for the NBC affiliate, KTEN, in Denison, Texas. He said he sent out hundreds of VHS tapes to different news stations.

“It was a hard first couple of years,” Istook said. “It was a turning point of: Do I want this, and how bad do I want it?”

Over the past 15 years, Istook has seen many changes in the sports industry. Istook talked to the the mainly female crowd about the role of women in sports coverage.

“It is a great time to be a woman in sports,” Istook said. “You can find rosters on the sports networks of women who have battled the stereotypes and are good at what they do.”