Facebook
Twitter
Print Article
Dallas-Fort Worth native and TCU sophomore guard Alex Robinson Jr. was named the Big 12 Newcomer of the Week on Monday after leading the Horned Frogs to wins over Kansas State and Texas last week.

The Timberview High School alum averaged 14.5 points, eight assists and four rebounds in wins over Kansas State and Texas. Robinson Jr. totaled 12 points, eight assists, four rebounds, two blocks and two steals while playing all 45 minutes in TCU’s 86-80 overtime win against the Wildcats on Feb. 1, which was the Frogs’ first win in Manhattan since joining the Big 12 in 2012.

Robinson scored 17 points and had eight assists, four rebounds and two steals in TCU’s 78-63 win over Texas to give the Frogs their first sweep over the Longhorns since 1987. The win gave TCU its fifth Big 12 win, the most of any season since joining the conference.

TCU head coach Jamie Dixon recruited Robinson Jr. in high school while coaching at Pittsburgh, and he came away impressed with the young point guard.

“I knew him pretty well in high school, and I’ve had a pretty good idea of what he could be and what he could become,” Dixon said.”He has knack for getting by people and getting to the lane, and he’s a penetrator that can pass and also score.”

The Horned Frogs also entrust Robinson Jr. with a bulk of the defensive responsibilities as well as his role as one of the two primary ball handlers.

“Often times, we put him on the other team’s leading scorer,” Dixon said.”We’re confident in him and we believe in him.”

Robinson Jr. relishes the opportunity to play in the metroplex for his mother’s alma mater.

“Being close to home and playing for my mom’s alma mater was pretty big for me, and getting this oppurunity to wear her number at her school, I just thought it was great opportunity for me,” Robinson Jr. said.

Dixon and his mom are two of Robinson Jr.’s biggest basketball confidants.

“My mom played point guard and with him [Dixon] being a point guard, my ears are always open,” Robinson Jr. said. “It’s hard to argue with him because he’s always right and you see it on film.”

Robinson and the Horned Frogs get back to action tonight when they host Texas Tech at the Schollmaier Arena. Tipoff is set for 8 p.m. 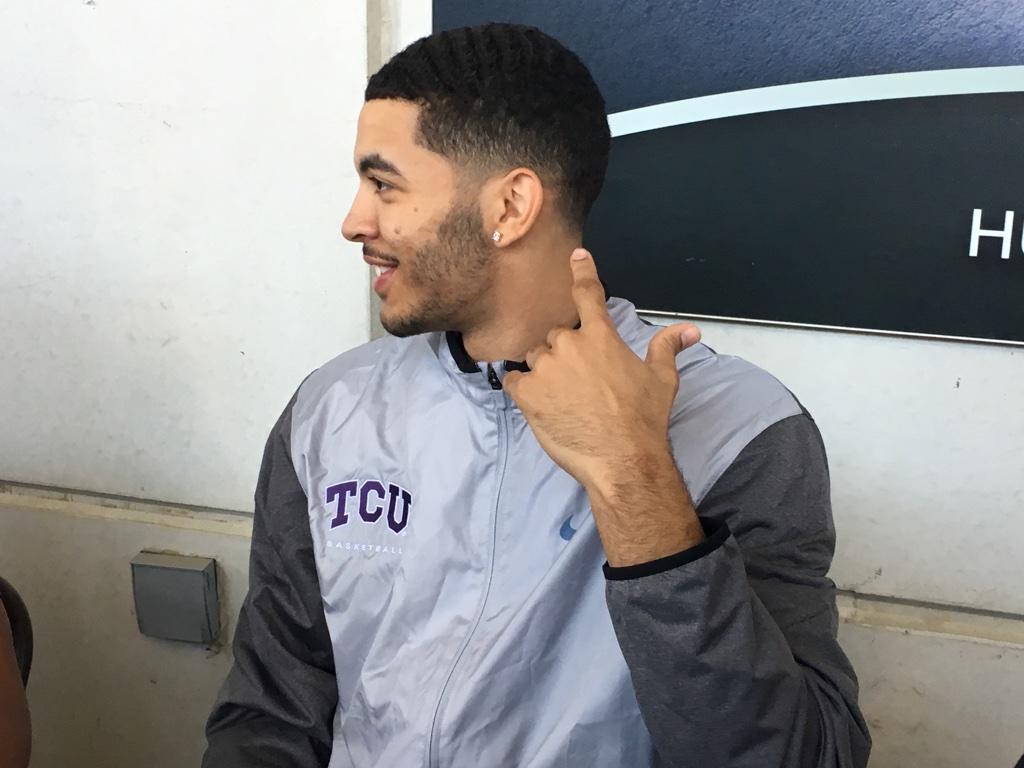