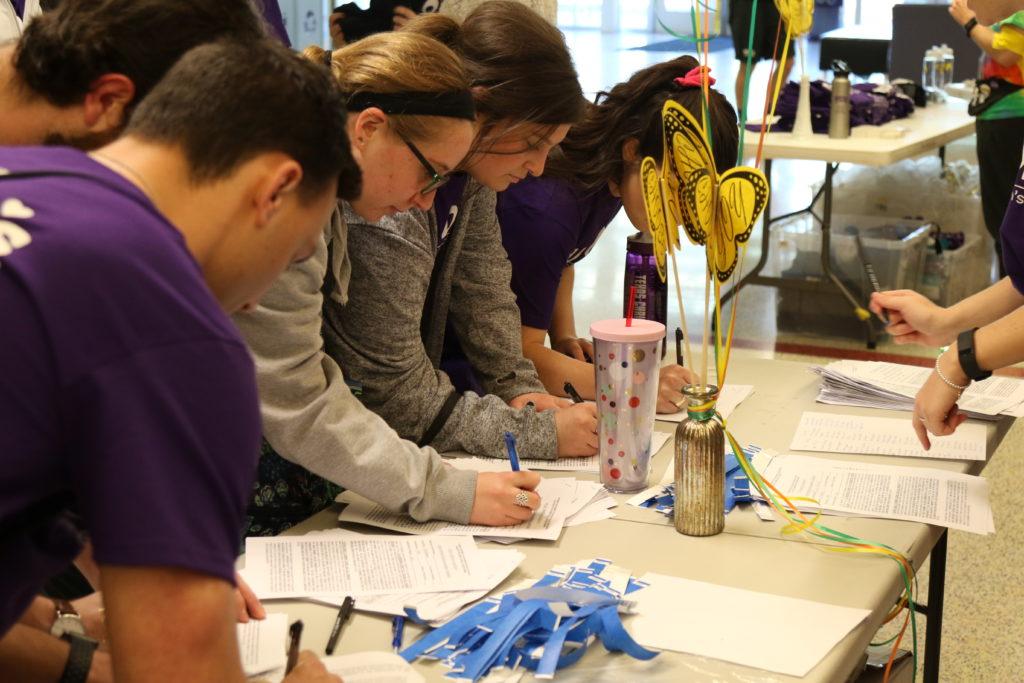 print
A couple hundred students spent 12 hours of their Saturday at TCU’s Third Annual Dance Marathon. The students kept a steady beat as they were on their feet dancing, playing with volleyballs and basketballs, and raising funds for Cook Children’s Medical Center.

The benefit for Cook Children’s took over the special events gymnasium in the University Recreation Center this past weekend. This year, the event raised over $90,000.

Lexie Perez, TCU Dance Marathon founder and president, said the event was also hosted in memory of Taylor Helland, a Dance Marathon committee member and TCU student. Helland had cancer for five years and was treated at Cook Children’s Medical Center. She died on the day of the 2016 dance marathon.

“It’s about making sure that the people that are going to be freshmen next year know who she is,” Perez said.

Students are encouraged to dance and spend time with “superhero” visitors – patients being treated at Cook Children’s.

The superheroes told their personal stories and the role Cook Children’s has played in their lives, which were enlightening to many.

“It’s made me appreciate the little things in life that I take for granted,” Perez said.

The energy level was constant on and off the dance floor. The morale committee sponsored dodgeball games and karaoke as well as guest singers, such as the Horned Tones A Capella.

There was also an inflatable obstacle course, a photo area, a virtual reality simulator and lots of food. DM made sure to have activities for participants to do to keep them on their feet for the full 12 hours.

This year Taylor’s sister, Shara Helland; and boyfriend, Chris Messer, spoke of her memory before a video tribute.

The two talked about choosing joy and urged dancers to push through the hard days and be themselves.

Perez, who founded the Dance Marathon three years ago, said it is amazing to see how something that started as a small idea has grown.

“I started it because it looked like something fun and now it has become so much more,” said Perez. “And that’s really cool.” 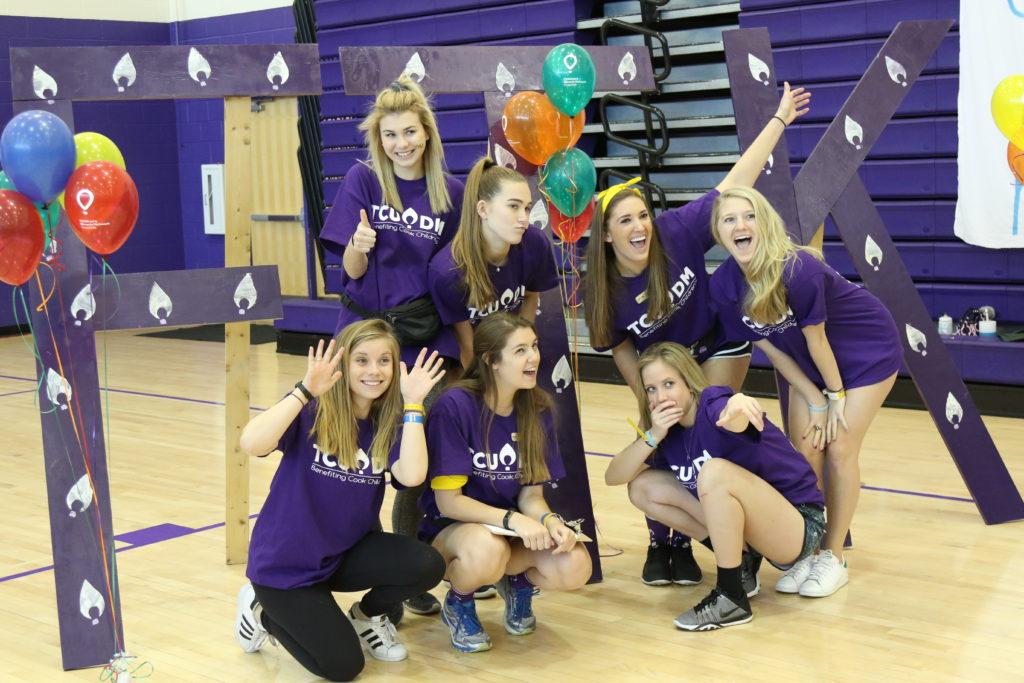 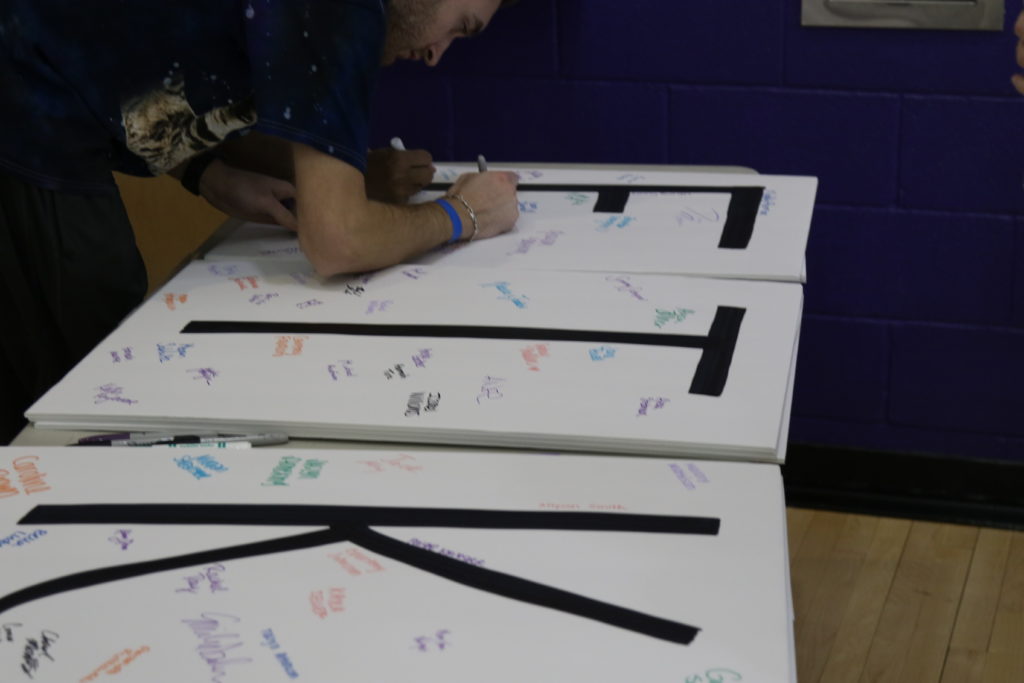 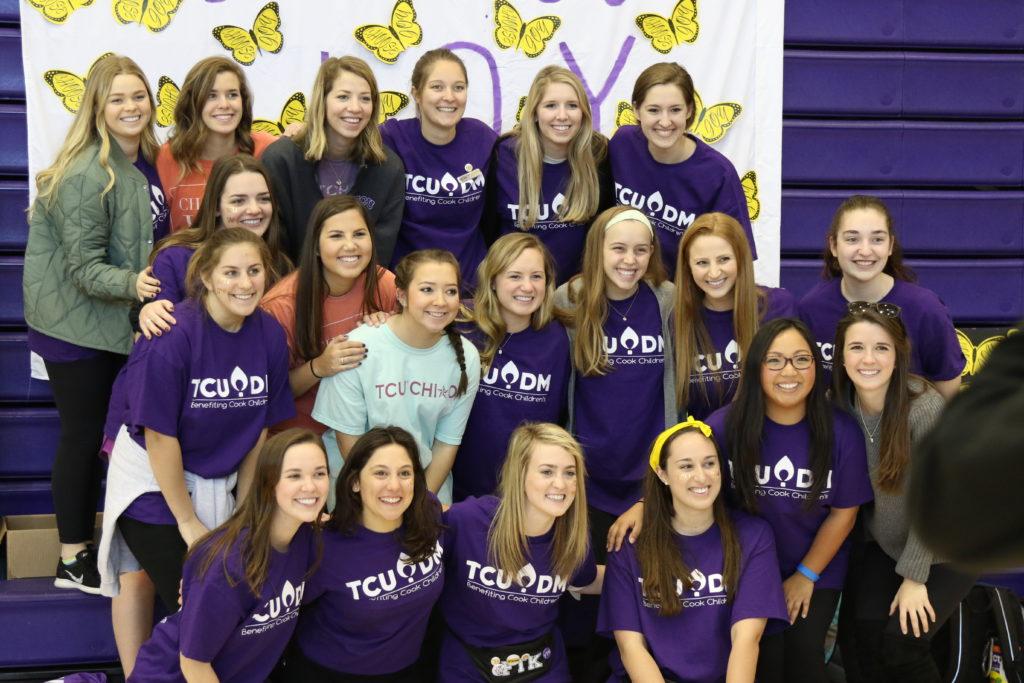 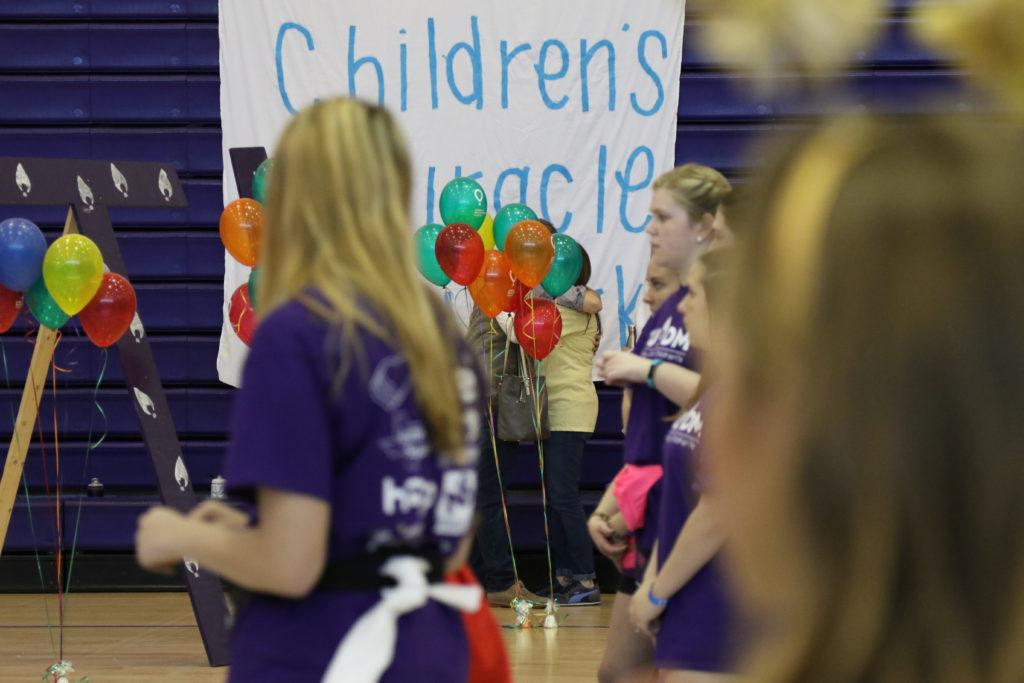 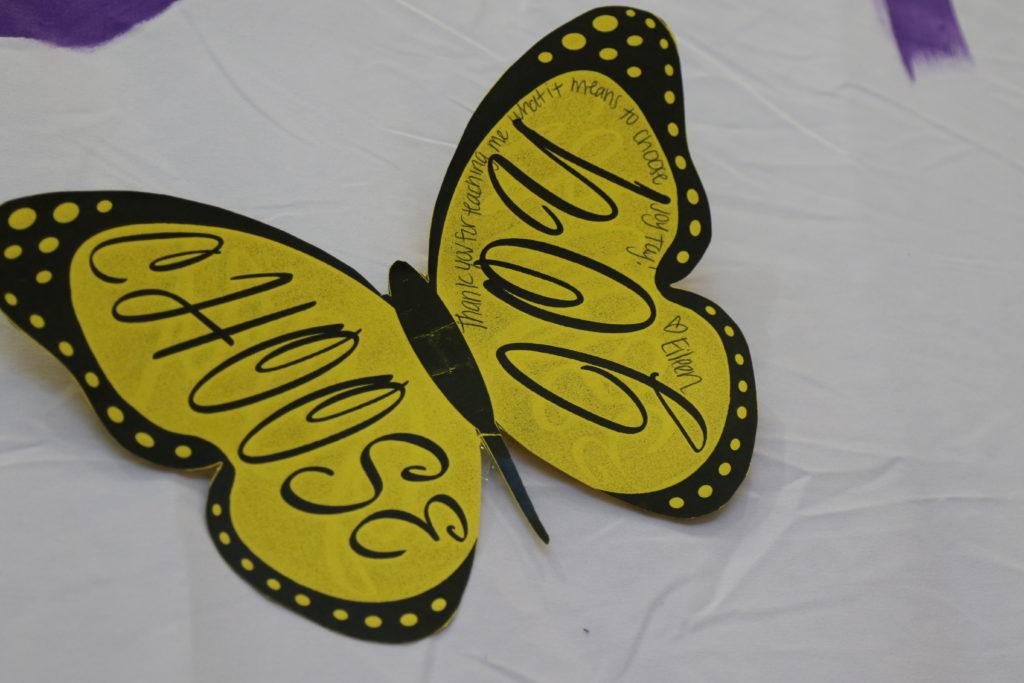 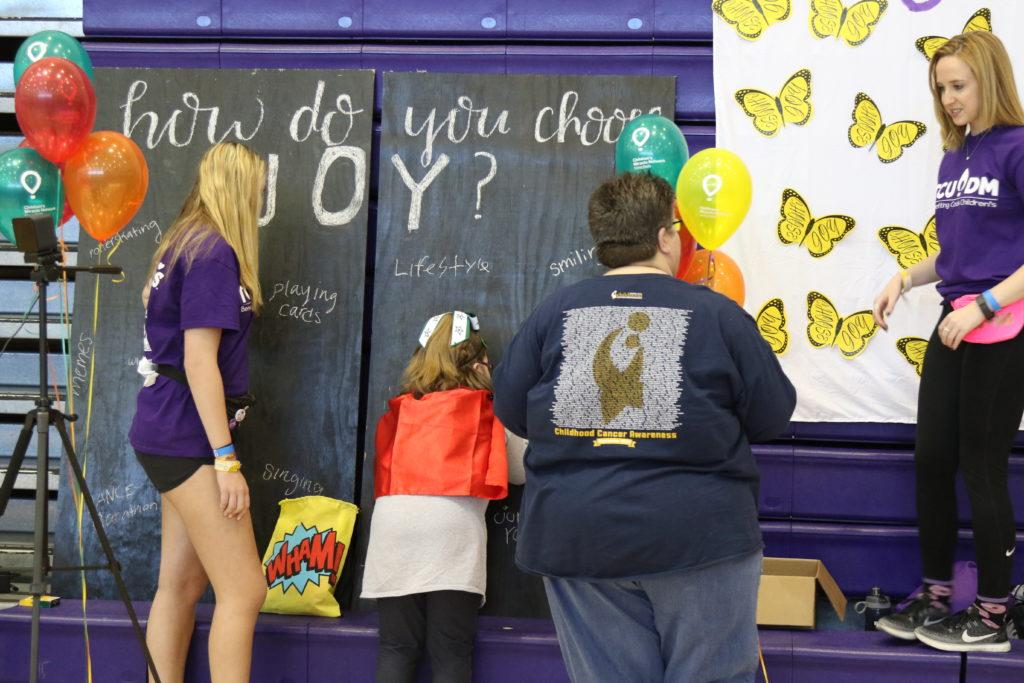 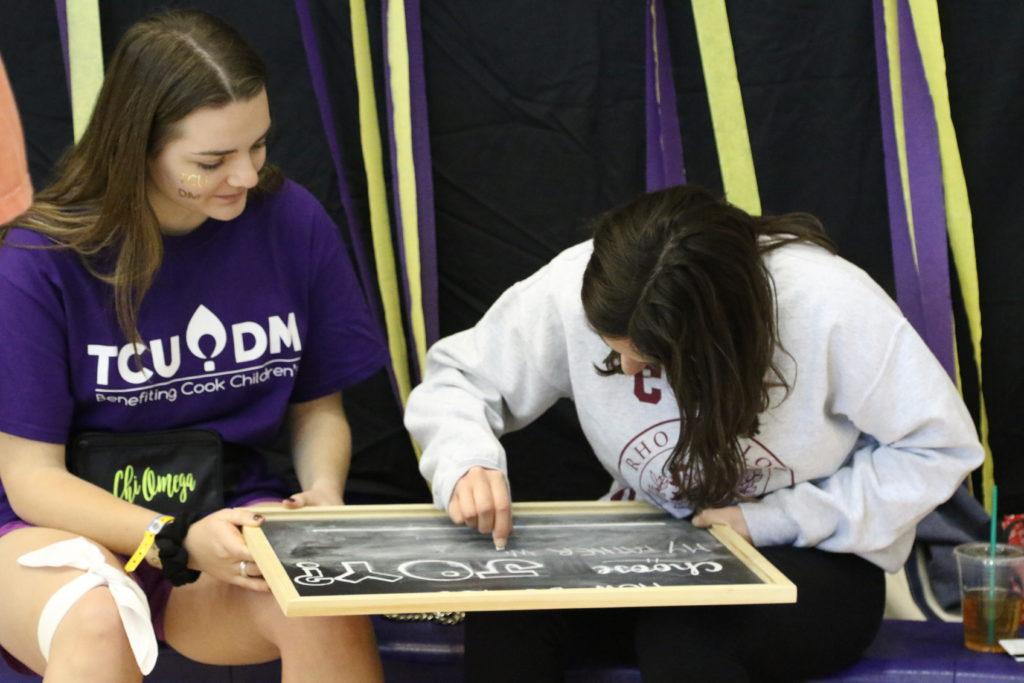 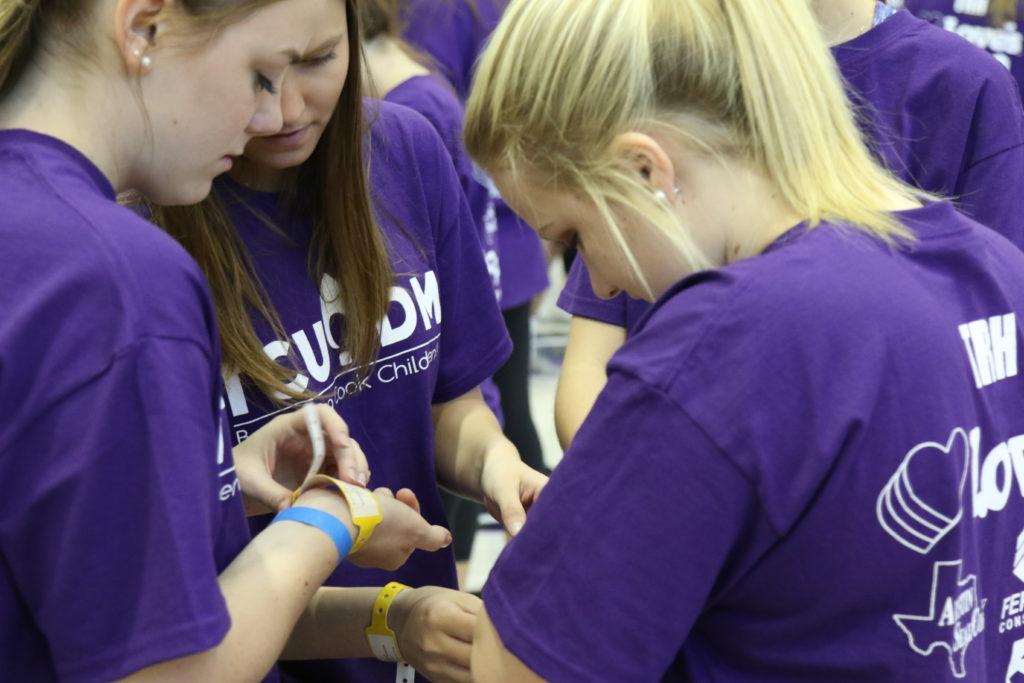 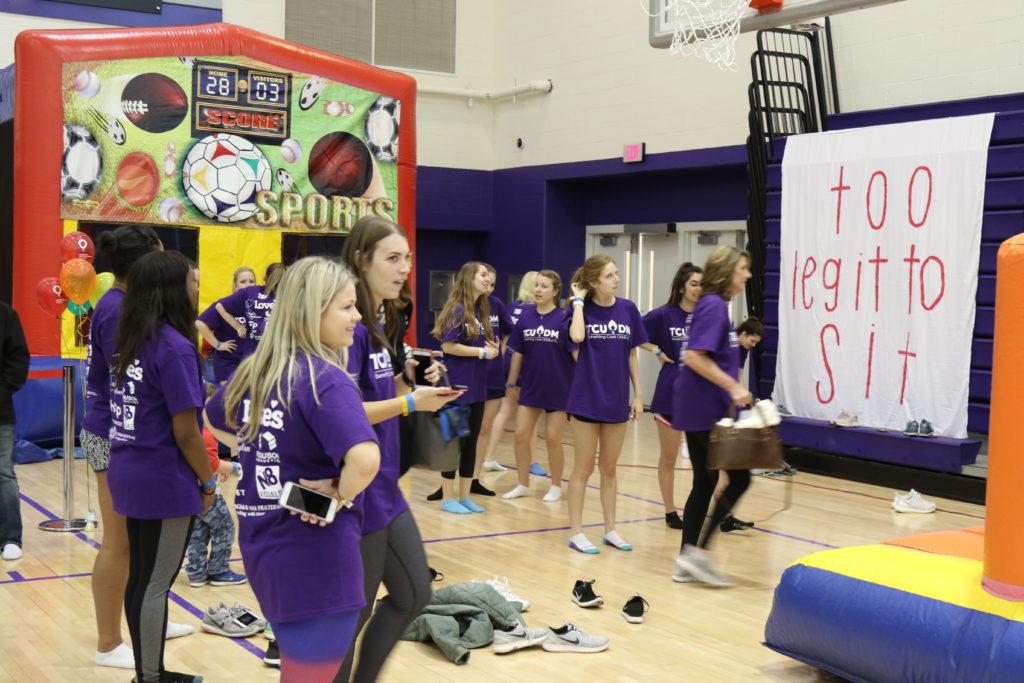 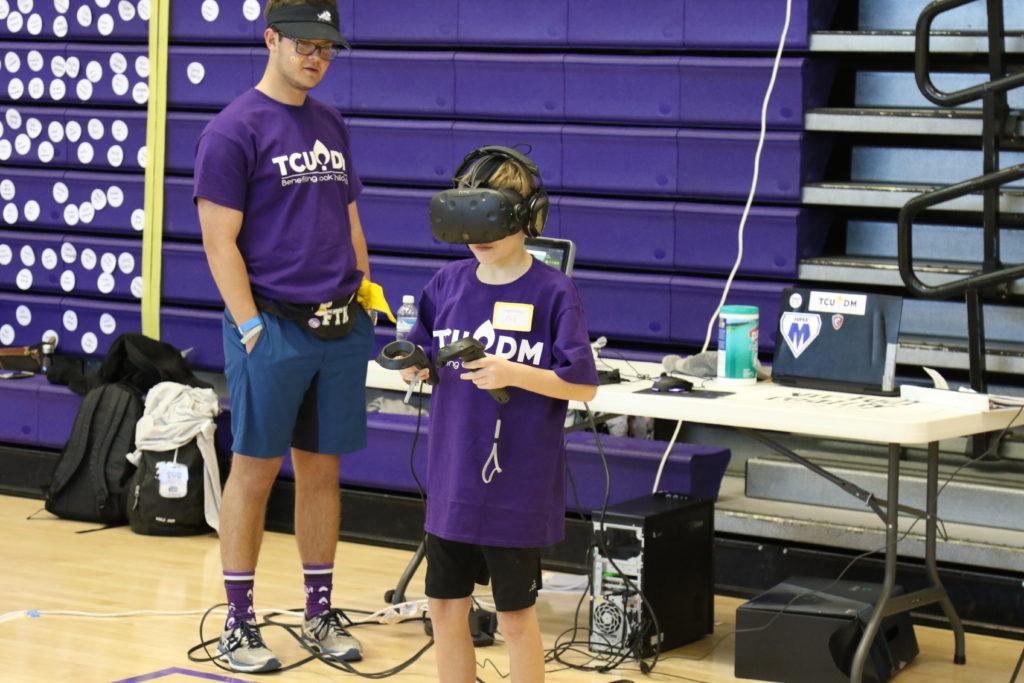 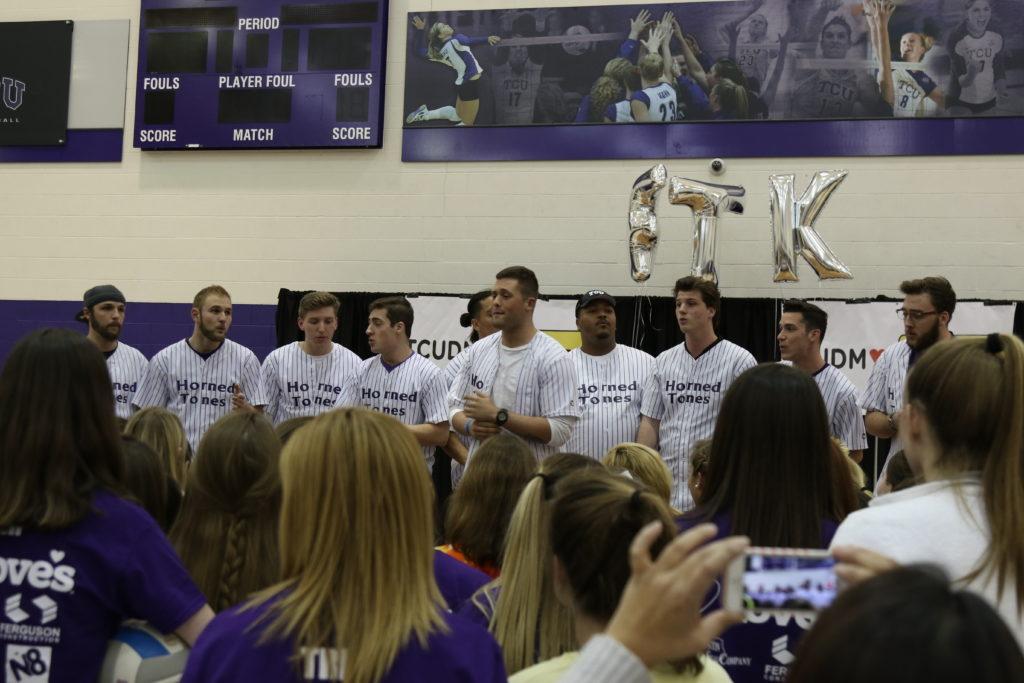