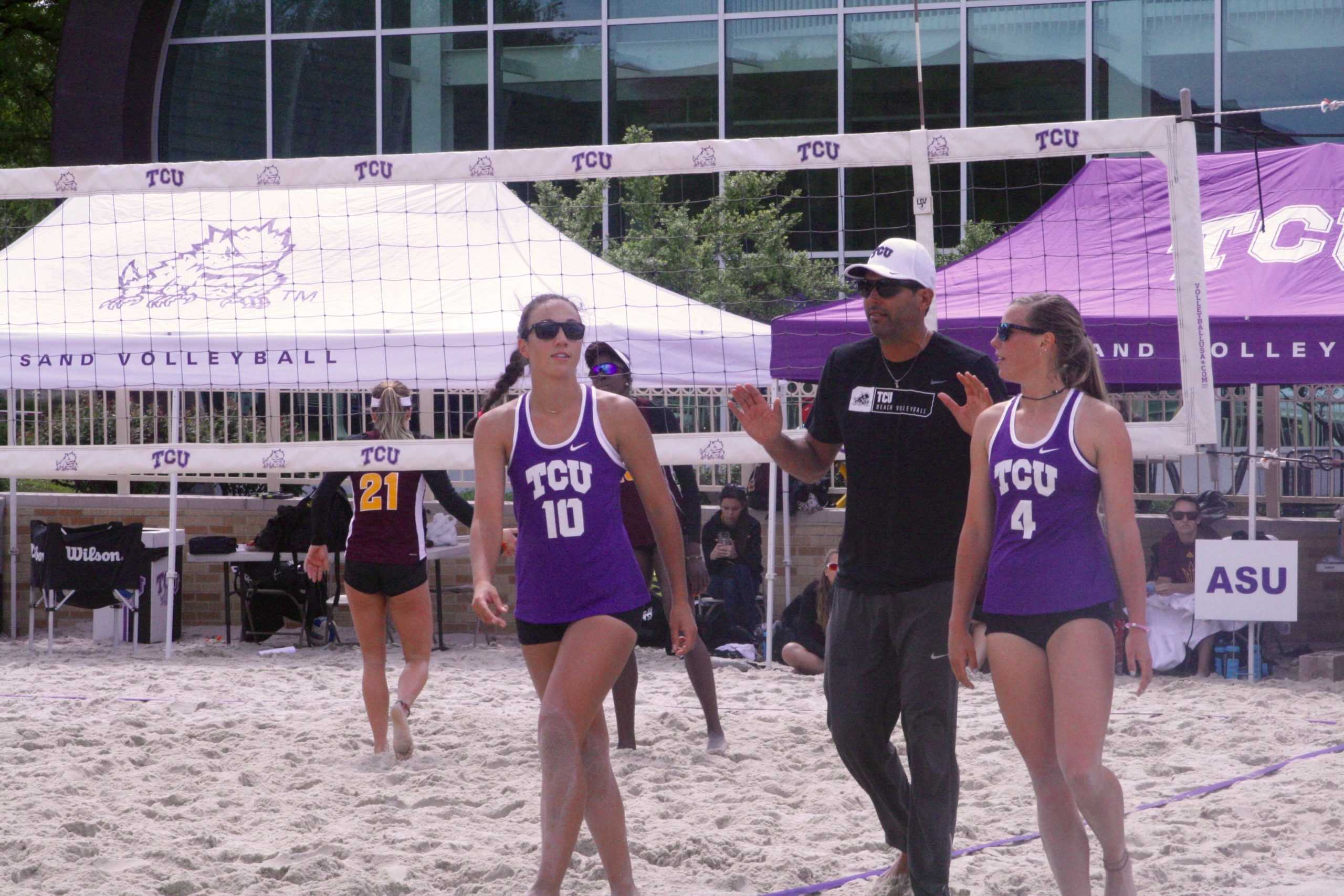 print
The TCU beach volleyball team clenched the Bayou Beach Bash championship Saturday after a 4-1 win over Central Arkansas and a 4-1 win over host Louisiana Monroe.

The Horned Frogs also beat Texas A&M Corpus Christi 5-0 and Houston Baptist 4-1 on Friday which allowed them to go undefeated for the weekend and make their claim to fame as victors in Louisiana.

“We are on a pretty good roll,” TCU head coach Hector Gutierrez said. “We are a little tired, but that’s part of the game. The girls are handling it really well.”

TCU has played 10 matches in the last eight days. They might be fatigued, but their record doesn’t show it. The team is steadily improving (13-7) after a five game win streak that started with a 4-0 win against Irvine Valley College in California.

“Everyone is really concentrating and everyone is ready to play,” Gutierrez said. “That is one of the good things about our team.”

Although the team has been forced to make lineup changes due to injuries, Gutierrez is confident in all of his players to step into a role in the top five competing teams.

Shane Peters and Jillian Bergeson played together for the first time as the No. 2 pair and went 3-1 on the weekend, along with the fresh No. 4 duo of Bridget Odmark and Claire Doyle. Jordan Terrell and Avery Arellano also paired up in the N0. 3 position for the match against ULM, which they won in quick sets 21-10, 21-15.

Jaelyn Greene and Amy Neal also extended their win streak as a pair to seven consecutive matches after sweeping up all the wins against their weekend opponents on the No. 1 court.