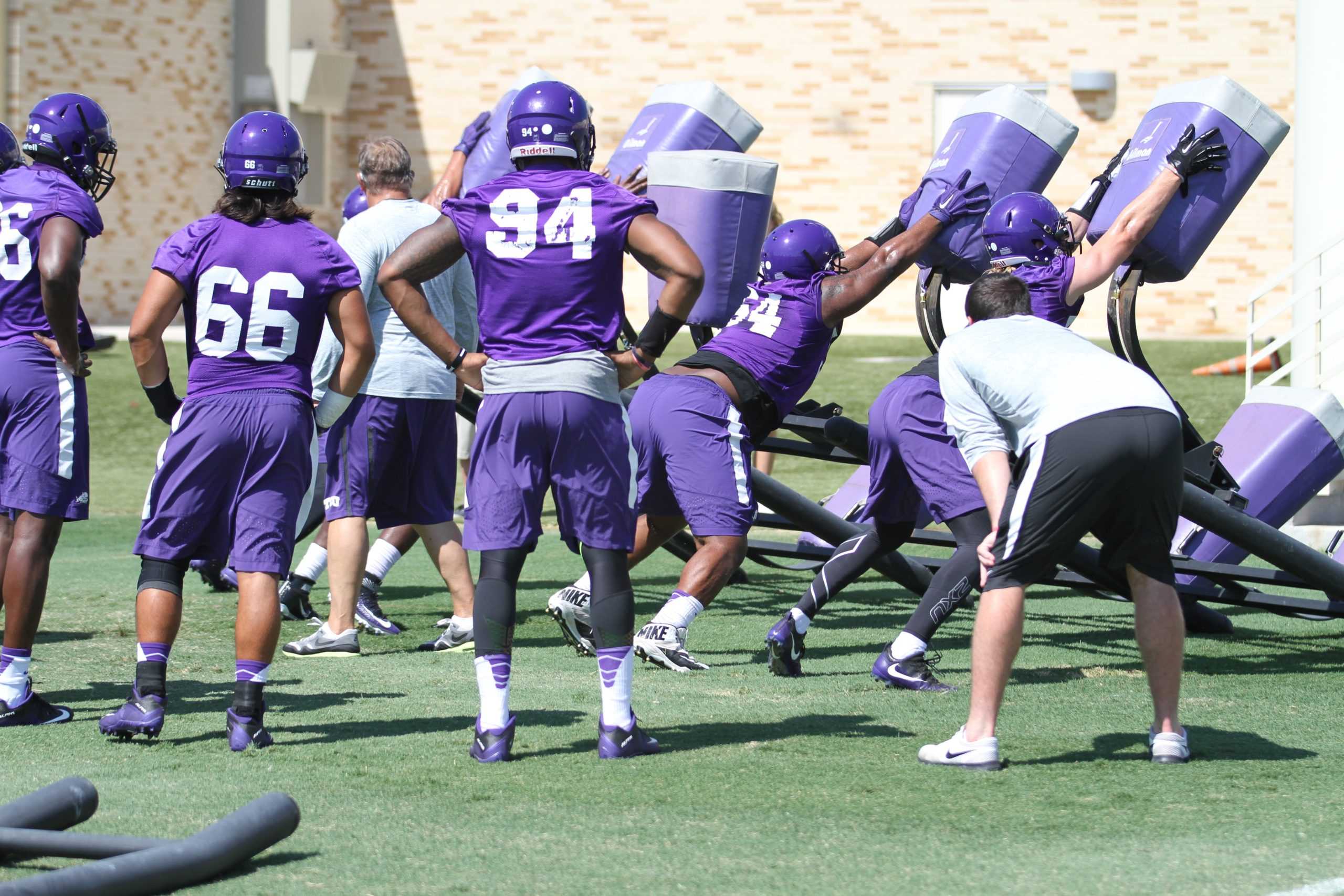 print
In the seventh and final round of the 2017 NFL Draft, the Tennessee Titans selected former TCU defensive end Josh Carraway, making him the first Horned Frog to come off the board. He was picked 227th overall with the ninth selection in the seventh round.

Carraway was a first-team All-Big 12 and Academic All-Big 12 player his senior season in Fort Worth, leading the team with eight sacks, which made him the first player to lead TCU in sacks in consecutive seasons since Jerry Hughes in 2008 and 2009. Carraway’s 19 career sacks rank seventh in TCU history. He tied for the TCU lead with 11 tackles for loss as a senior. He totaled 49 stops.

The Titans could receive instant impact from the former Frog immediately, as Carraway could fit into Tennessee’s defensive line and linebacker rotation in their 3-4 defensive front.

“I think overall I showed that I can move in space, and that I can be a 3-4 outside linebacker,” Josh Carraway said after TCU’s Pro Day workouts on April 7. “Some people work better without the attention, being under the radar, and I feel like a lot of edge rusher guys in this draft have been talked about, and I feel like that’s nothing new to me.”

Carraway is the first Horned Frog drafted by the Titans since Bo Schobel in 2004.

TCU head coach Gary Patterson has now had 42 players drafted with a total of 94 in NFL camps in 16 seasons. ESPN.com has previously ranked TCU No. 1 in the nation for developing NFL talent.

To hear Carraway’s pre-draft conversation on the Podell and Pickell Show click here.