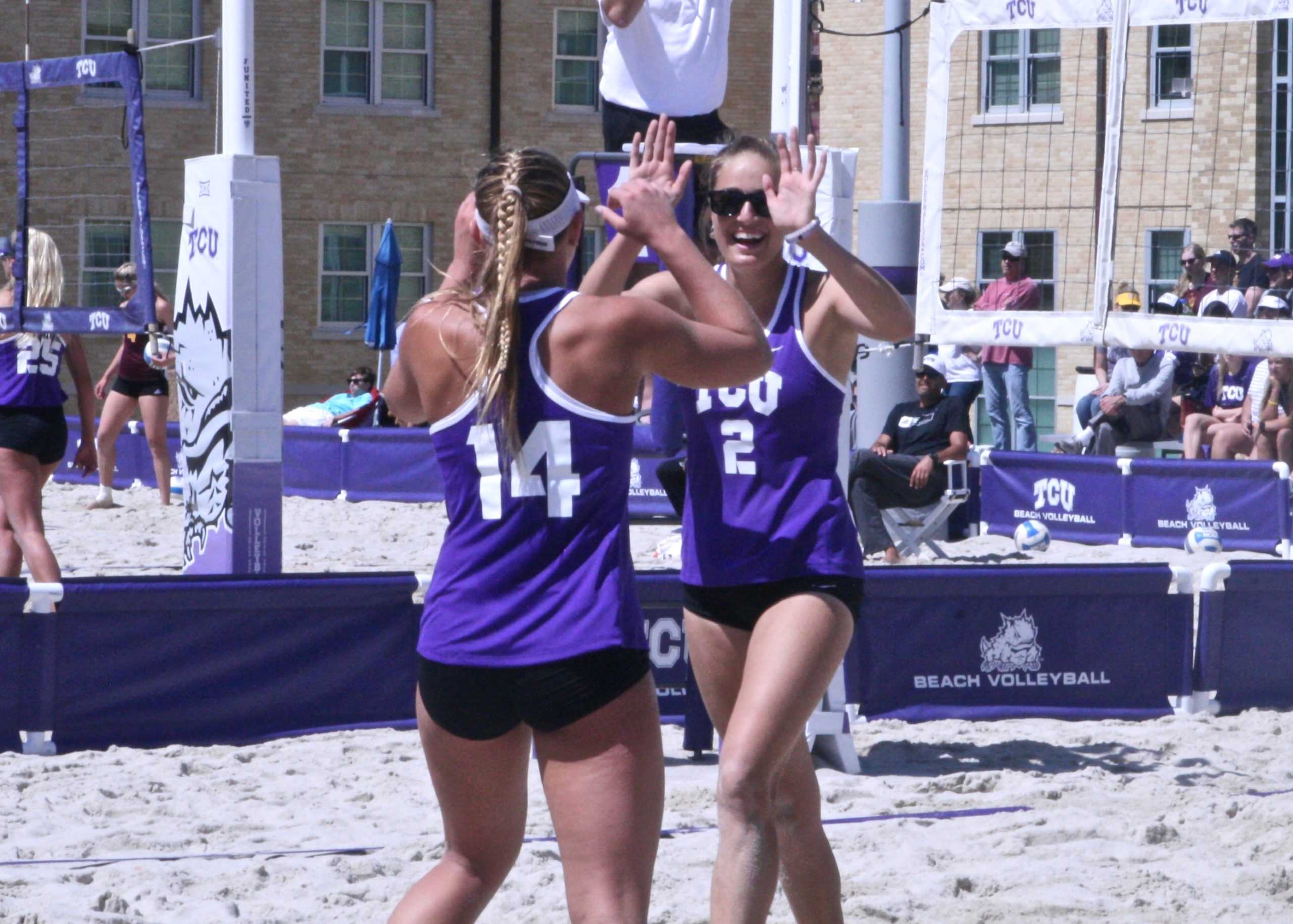 print
The American Volleyball Coaches Association (AVCA) poll ranked the Horned Frogs (16-8) at No. 13 for the first time in program history on Monday.

“We’re really excited and happy about the ranking, and it is good for our program,” said head coach Hector Gutierrez. “At the end of the day, I am happy for the girls because they have been working hard and playing hard to get to this point.”

The Frogs paved their way into the top 15 after upsetting three ranked teams at the Staybridge Suites Invitational in Tallahassee, Florida this past weekend. They squeezed past No. 10 Georgia State (3-2), No. 13 Florida International (3-2) and No. 14 Florida Atlantic (3-2) to catch the AVCA’s attention. The team gave up their lone loss to Florida State, who has been fixed at No. 4 since week two of the 2017 polls.

“The girls were mentally and physically ready to play,” Gutierrez said. “It was great for us to show that we can compete against some of the best teams in the country.”

The Frogs now have a total of five wins over ranked teams this season. In March, they beat Arizona State and Cal Poly, who were 10th and 15th at the time, respectively.

TCU looks to continue its rhythm in the last regular season match-ups against Texas A&M-Corpus Christi and Texas A&M-Kingsville on Apr. 22 in Corpus Christi.