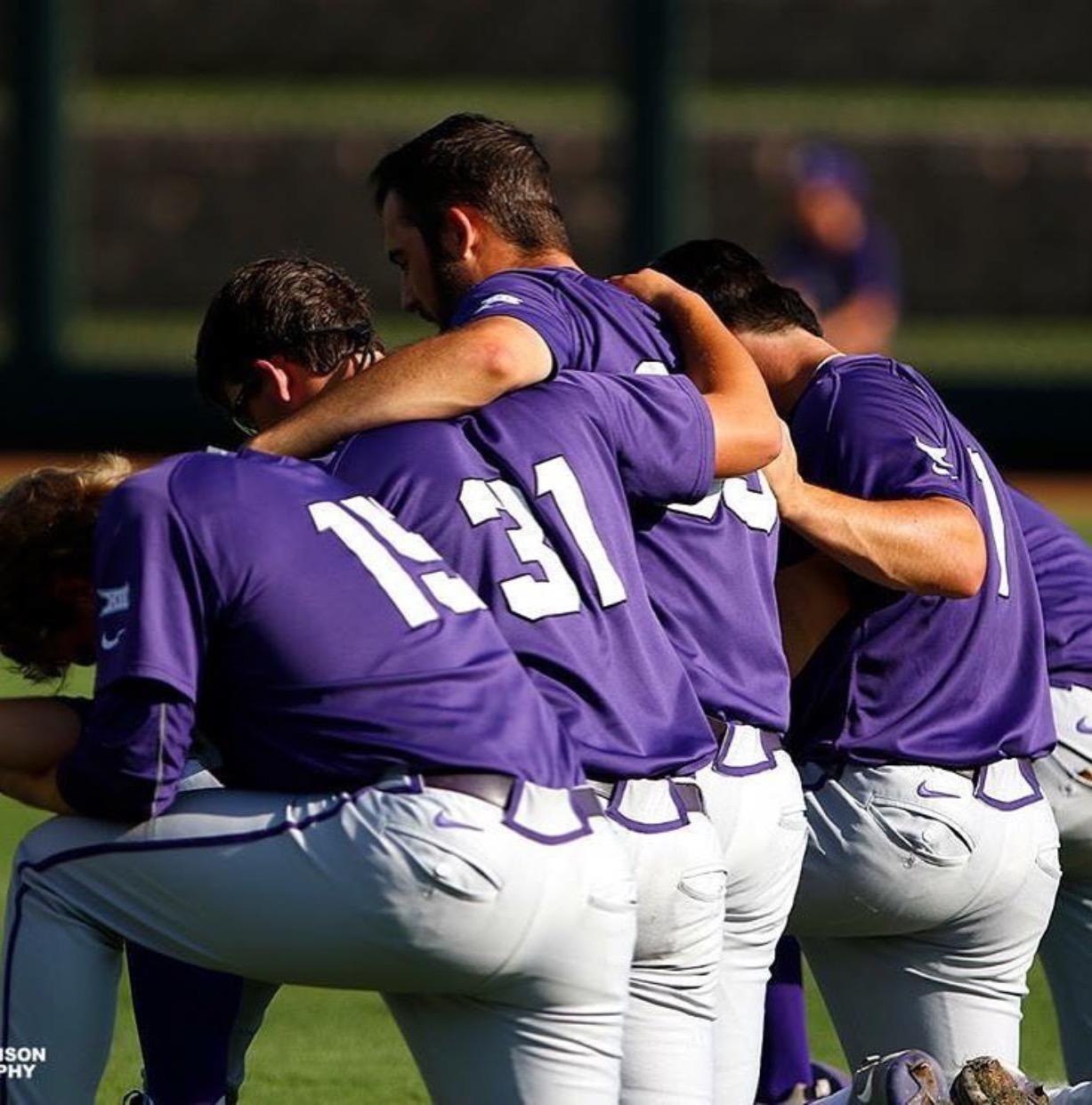 As “Christian” is the central element in the TCU logo on the fronts of their jerseys, so some baseball players are finding their faith front and center when faced with adversity.

TCU pitcher Mitchell Traver said he practices resiliency by putting, “Jesus at the center of [his] life and trusting in His plan to help keep things in perspective.”

Last year, Traver suffered a from a back muscle strain that caused him to miss the first two months of the 2016 season. This year, he won the William Koehler Academic Achievement Award.

The award honors a student-athlete who demonstrates immense determination and accomplishment amid conquering an uncommon obstacle. Traver said the award came as a surprise and there are still many things left that he wants to accomplish. He said he saw it as the Lord showing him that he was used more than he thought, even if he was not on the field as much as he would have liked.

Another player who was forced off the field due to injury is second-year relief pitcher Dalton Brown. Brown said he uses prayer to thank God for the opportunity to glorify Him on the amazing platform of collegiate baseball.

“The older you get the more you realize that the reason you play is not because you love it– it’s because you believe in Him,” Brown said.

Brown said injury is one of the greatest hardships an athlete can overcome– something he knows about firsthand following his injury during the preseason game Feb. 11. Brown said it was a “big set back” because he had to start over from square one and fight to get back to where he was. He was cleared March 17 for the game against Kansas University.

In instances like these Brown said contemplating the word of God is helpful because He “speaks to a lot of instances in the Bible on the subject of hardships and lost faith.”

During the recovery process, Bown spent time with Traver and found comfort in his advice as Traver told him to, “reflect back to God’s character and understand that He loves him more than anyone ever has and ever could.”

At the age of nine Brown said he started to lose his faith after his father, a former baseball player at the University of Texas and member of the 1983 College World Series championship team, lost his leg in 2006 because of a life-threatening blood clot. As a child, Brown believed, “moms and dads were supposed to be invincible.” This made it difficult for him to grasp why God would hurt his father and his hero.

Athletes’ faith may be tested many times throughout their careers; however, with prayer, their mindsets are not focused on their production but on how hard they play, said Brown.

“It’s not about suppressing the butterflies,” Brown said. “It’s about making them fly in formation.”

He said that the team’s mission is to honor its core covenants: Selfless, energy and excellence. The players achieve the theme of the year, “Root vs. Fruit,” by focusing on the little details with the belief that big things will take care of themselves.

“You can’t do it alone,” said Traver.

The Fellowship of Christian Athletes challenges coaches and student-athletes to use their powerful influence to make an impression on the world through Christ’s eyes. As a member of FCA, Traver said mentor Chauncey Franks helps push him through when things get tough, and other athletes– along with the organization– guide his growth as a young man.

Earlier this school year, Traver spoke at Ignite, a weekly gathering of individuals at TCU that unite to worship God, teaching Psalm 73, which says God will not make everything perfect, but will change your heart.

This message is one Traver said he took to heart when deciding his future. He said he received calls early in the draft but he knew undoubtedly that the Lord was calling him back to TCU.