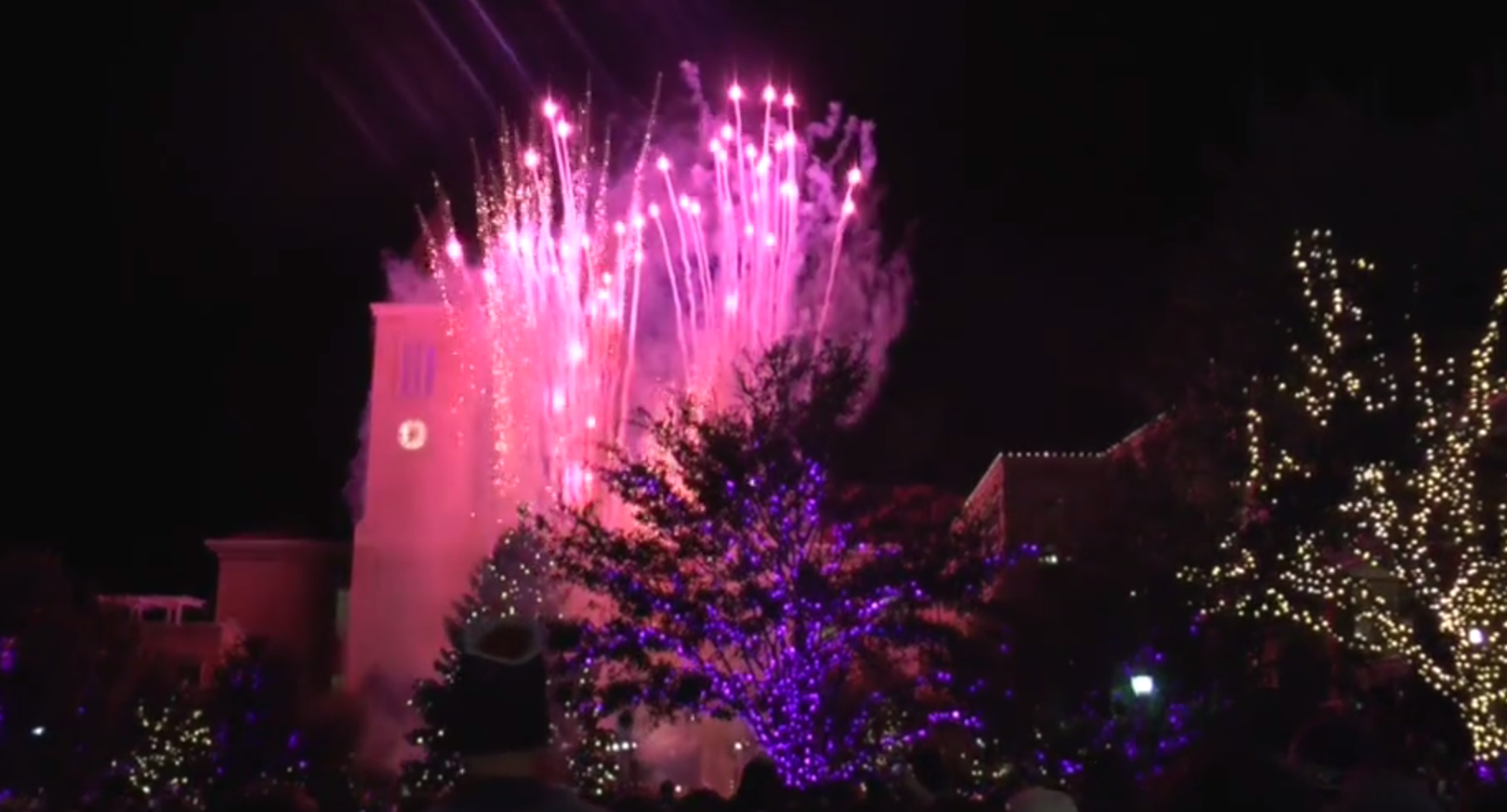 Graduation is almost here, and like any major Texas Christian University celebration, a firework show will be part of the celebration.

TCU  regularly uses fireworks at football games, Frogs First and the Christmas Tree Lighting. It has certainly become part of the school’s culture–something both students and Chancellor Victor Boschini enjoy.

“I am a big firework nut,” Boschini said.

Sarah Riley, a sophomore business major, likes them too.

“I think the people like them, students really enjoy them,” Riley said. “They spruce up any of the entertainment we do.”

According to Evelyn Richardson, the assistant budget director, different departments across campus have their own budgets for fireworks.

The athletic department was tight-lipped about how much they spend on fireworks, but Richardson said the Christmas Tree Lighting fireworks were $7,747.18. Kim Turner, the director of student activities, said Frogs First cost about $7,000.

Margaret Kelly, the executive director of community projects, said the graduation firework show will cost about $5,000 this year.

In total, the school will spend about $70,000 on fireworks during the 2017 fiscal year, Richardson said.

Boschini said he doesn’t think he is the sole reason TCU uses so many fireworks.

“I don’t think it’s because of me, but I’m sure it doesn’t hurt,” Boschini said.

However, according to Boschini, firework usage increased after he became chancellor.

“I would have to say we did more and more every year,” he said.

George Timson, a sophomore finance major, said he has split feelings about the fireworks.

“I think it’s really cool to see them all explode, but part of me feels that’s our tuition money exploding in the air,” Timson said.

Boschini said he realizes some people might question the cost of the fireworks, but that they are worth the price.

“I think the joy they bring people, especially younger people in the crowd–I just don’t think you can buy that,” he said.

Soon-to-be graduates will be able to attend their last Horned Frog firework show Friday, May 12 following the commencement reception at the Campus Commons.