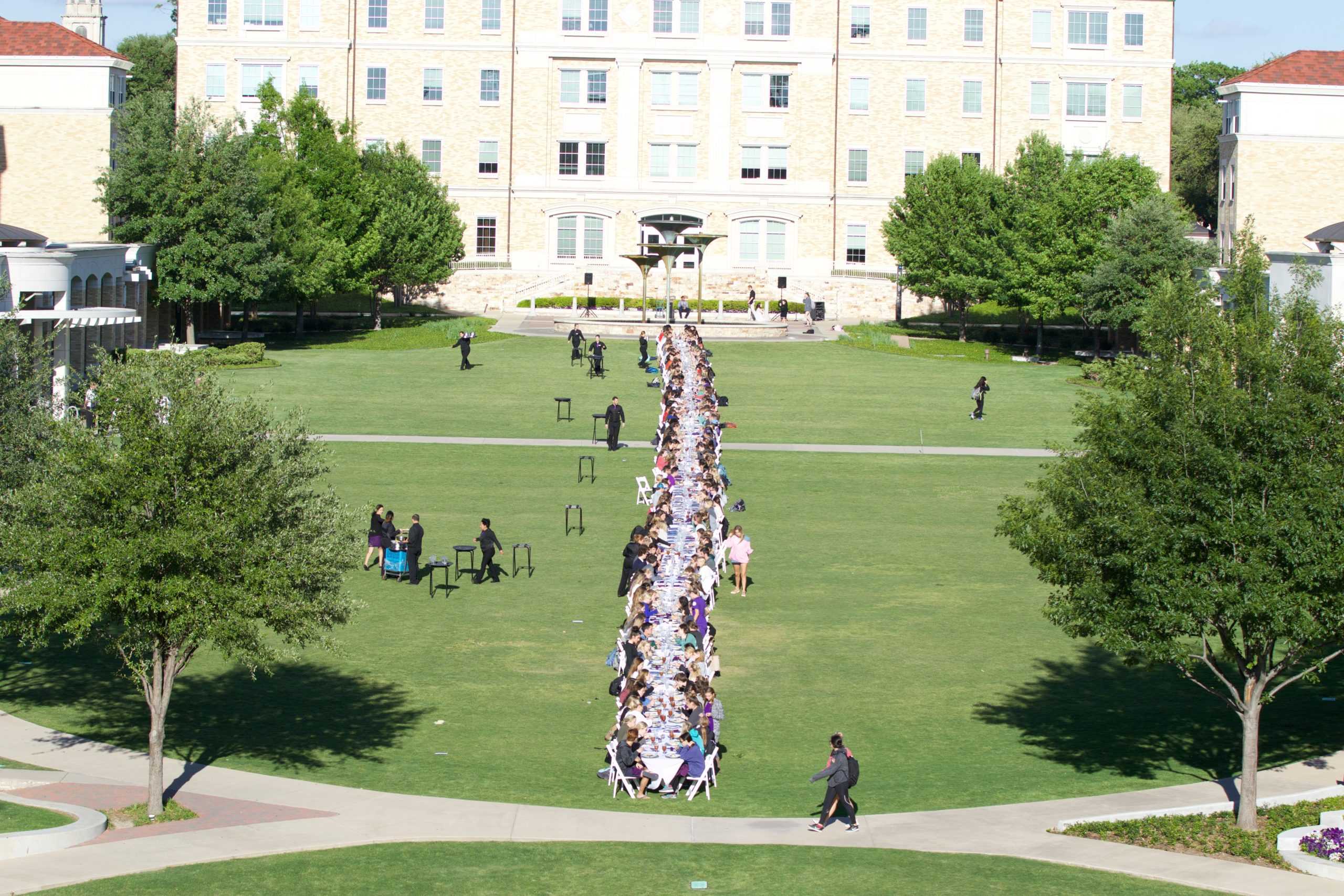 It takes 48 tables and 384 chairs to span the length of the Campus Commons.

They stood in a straight line as students, faculty and staff came together for the first Frogs Family Dinner.

The dinner, which was sponsored by the Student Government Association, had three main objectives: community, inclusiveness and diversity, said Will Jezek, the Class of 2019 representative and SGA deputy chief of staff who organized the event.

“This dinner is a way to unite the student body and bring them together to share in a meal as well as for students to get to know each other and get to know someone new,” said Jezek, an sophomore entrepreneurial management and accounting double major.

The dinner was the first of its kind on campus. Jezek said the dinner was held in the Commons because it’s recognized as the center of the campus.

First-year political science major Kalin Bruton said she appreciates the ways TCU has events for students to get to know each other. She laughed when she talked about helping Jezek use a tape measure to measure the Commons when she walked by and saw that he couldn’t do it by himself.

Chancellor Victor Boschini said he enjoyed the event. He said it was one of the most unique he has seen in his 14 years at TCU.

Boschini said he spoke with Jezek and they could imagine this dinner could grow even larger next time.

“We would love to block off University or Stadium Drive and do it down there,” Boschini said. “Or if we can’t, do two rows [in the Commons].”