College is the time of your life – but for two brothers it’s a time to share their life.

Mitchell and Spencer Traver have grown up in a Christian home and are now marketing majors at TCU together with hopes to share their faith with others.

“Our testimony is that grace is the same for everyone — and we all need it,” Spencer said. “Just because we were raised in a Christian home doesn’t make us better than anyone on the left or right of us.”

The Traver brothers didn’t originally start with their blog together.

“Spencer started in high school after a mission trip to Africa because he had a gift for writing early,” Mitchell said. “He even has a book that was published in February 2016 called “21 Promises.”

Originally, Mitchell said he never planned on writing. He spent the majority of his time in college playing baseball for TCU. However, during his freshman season, he was injured and had to undergo Tommy John surgery, a common surgery for baseball players.

“I began writing because I needed an outlet,” he said. “I think God helped me get through some of my struggles.”

Soon after Mitchell began blogging, he wanted to start sharing it with others. The brothers decided to combine their blogs because they had a common goal.

“We think similarly, we are close, we both follow the Lord and it just clicked,” Spencer said. “It was more efficient to come together and use the gift God has given us as being brothers and our rootedness in Christ that God can use as a platform.”

The brothers are both graduating this May and plan to continue the website.

“We are experimenting with some new ideas for it, but are planning to keep sharing our faith and using the website as our platform for now,” Spencer said. 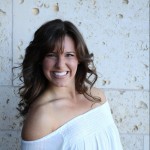