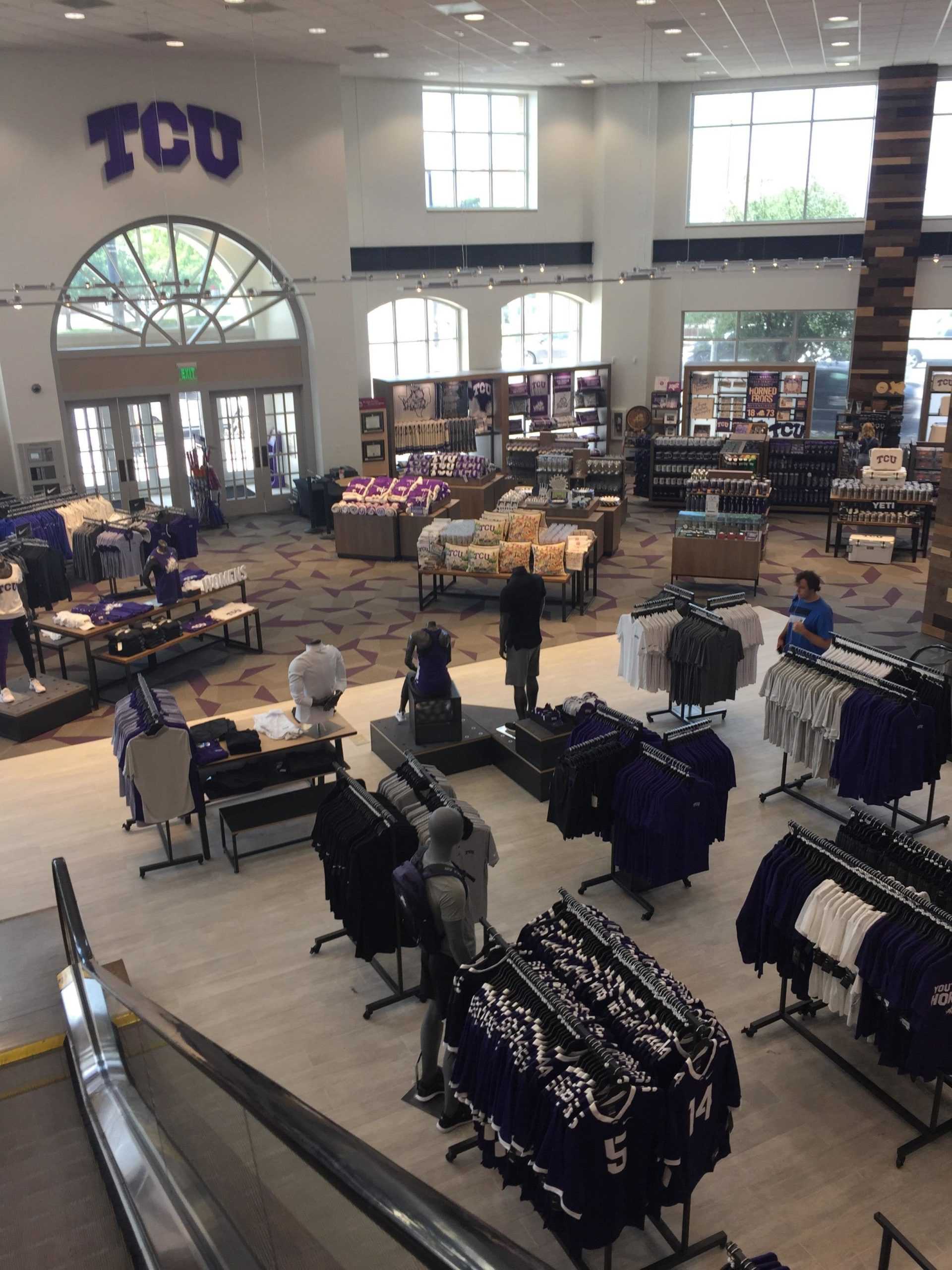 print
If you enter the TCU Campus Store this semester, things may look a bit different than you remember.

Follett Higher Education Group Acquired the store last year and renovated the architecture, the layout  and what is being sold.

“It just has a more modern feel,” said the store’s operations manager Sarah Wright. “We kind of wanted to put our touch on it since we took over a year ago.”

There is new flooring on both levels, new fixtures, a fresh coat of paint and a redesigned entry to better fit the style of architecture elsewhere on campus. They also updated the store’s layout and purpose.

“I think we have a much stronger Nike presence in the new remodel, which was something that we were going for,” said Wright.

Wright said they added dressing rooms, expanded the information desk on the upper level and added three checkout registers, taking the total from five registers to eight. Wright said she believes all three additions will greatly enhance the in-store experience for students.

The TCU Campus Store is located at 2950 West Berry Street, on the corner of Berry and University. The store is open seven days a week, with slightly shortened hours Saturday and Sunday.

Nick is a senior journalism student from Cleveland, Ohio. He covers the TCU soccer team for TCU 360. Nick is an honors student and is minoring in music.