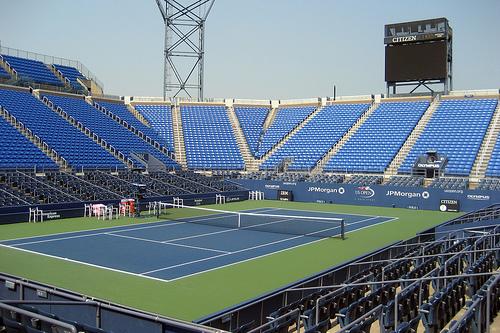 print
Men’s tennis junior Alex Rybakov is one of the eight collegiate men’s tennis players to be competing at the American Collegiate Invitational at the 2017 U.S. Open from Sept. 7-9.

The tournament brings together some of the best college tennis athletes as they compete under the big lights of the U.S. open for a chance to win a wild card spot into the U.S. Open itself.

Rybakov had a strong sophomore season moving up in the singles rankings from No. 20 to No. 19 with a 23-2 overall record. The Florida native lost his first match of the season but redeemed himself with a 23-match winning streak.

This solid performance matched that of the whole TCU men’s team which saw an overall record of 22-5 in their 2016-2017 season.

The athletes will compete in single-elimination singles tournaments. Champions will have to be ranked No. 120 or better by the U.S. Open entry deadline next summer to receive a main draw wild card into the 2018 U.S. Open, otherwise they will receive a qualifying wild card. Additionally, champions will receive wild cards into three USTA Pro Circuit events.

The 2017 All-Americans will be competing in the Arthur Ashe Stadium which seats more than 23,000 fans, making it the largest tennis-only stadium in the world. Rain delays should no longer be a problem because of the new retractable roof that ensures for smooth, exciting matches.