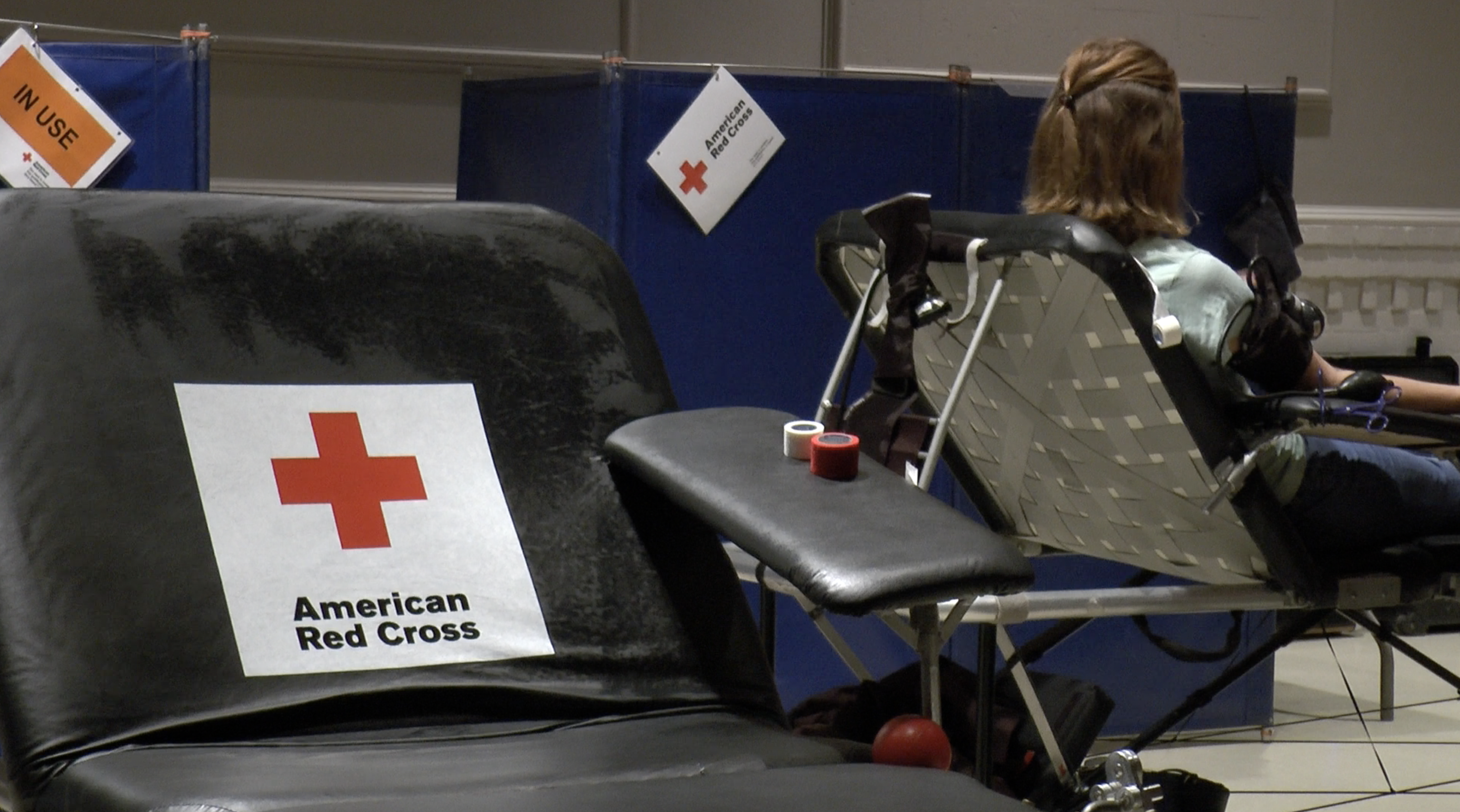 print
This semester’s Alpha Phi Omega (APO) blood drive took a different focus for some volunteers due to the many natural disasters plaguing the country.

“The main reason for donating was because of Hurricane Harvey,” Jeryd Puetz, a junior Movement Science major, said. “I can’t go down there myself so I decided to come here and this is the best I could do to help out the people down there.”

Several types of assistance offered by the American Red Cross, who co-sponsored the blood drive, have been in high demand due to Hurricane Harvey according to their website. In addition to blood donations, the charity also offers finical aid, shelter and food.

This desire to help those affected by Harvey is something APO Service Vice-President Bethany Pierce said she has seen recently on campus.

“TCU has really taken a huge step trying to do as much as they can for those affected by Harvey, especially since we had so many students who have friends and family in south Texas,” Pierce said. “The university has really encouraged all students to sort of step up and do what they can to help out. We’re just happy to be a part of that.”

Pierce said the organization is hoping for around 50 reservations – which is equivalent to 50 individual donations.

“We just hope that we can meet those needs of those being affected by those tragedies across the country,” Pierce said. “We’re glad that we have this opportunity available for students who are looking for ways to give back.”

For others, their motives were more the usual for a blood drive and less about a specific event. For senior psychology major on the pre-med track Daniela Monsalve, witnessing people desperately in need of a blood transfusion inspired her.

“I’m an emergency room scribe and at work I always see people whenever they’re in critical conditions where they need blood and I see them struggling,” she said. “I know that I can help out those people by donating blood, so I figure, hey TCU has the donation center today so why not go?”

The first student in line to donate blood for the day was first year student Caitlin Verhoeff. She said this is her second time donating blood, but since she found out she carries a protein that is beneficial to those with sickle cell, she wants to help.

And standing right behind her in line, sophomore Clayton Dana-Bashain.

Dana-Bashain said that donating blood has always been a tradition in his family. His father has donated almost 10 gallons of blood. And that’s why he is here today – his dad.

“Unfortunately my father was diagnosed with blood cancer three years ago,” Dana-Bashain said. “I’ve never missed a donation since.”

According to the American Red Cross, every two seconds someone in the United States needs blood. That means approximately 36,000 units of red blood cells are needed every day.

Before donating blood, volunteers had to answer a series of questions about their health and lifestyle to limit the chances of disease being spread from the donated blood. After the needle and donation, volunteers were rewarded with their choice of Oreos, Nutter Butters or Cheez-its, along with a drink.

After donating blood, the American Red Cross requires volunteers to wait at least 56 days before donating again – which gives volunteers enough time to rest before APO’s next blood drive in the spring semester, which they’ve already started planning. It’s all part of the tradition of hosting the drive which began years ago.

“It’s something that we’re proud to work with the Red Cross on every year,” Pierce said. “We’re glad we have this opportunity available for students who are looking for ways to give back.”