TCU 360All TCU. All the time.
74.6 F
Fort Worth
Facebook
Instagram
Twitter
TCU 360All TCU. All the time.
Multimedia Move to end DACA is met with protest
Facebook
Twitter
Linkedin
ReddIt
print
A TCU student organized a “Defend DACA” protest Wednesday afternoon in response to President Donald Trump’s decision to issue a six-month deadline on Deferred Action for Childhood Arrivals.

Implemented by President Barack Obama in 2012, DACA offered immigrants who meet certain eligibility requirements to receive a renewable two-year deferral on being considered for deportation, as well as a work permits. Eligibility requirements included being under the age of 31 as of June 15, 2012; brought to the U.S. Before age 16 and residing here continuously since; currently in school or have completed high school, a member of the Coast Guard or the armed forces and never convicted of a felony or significant misdemeanor.

Trump’s decision puts a time limit on DACA, six months and prevents any new applications from being started. However, any DACA application that was filed before Sept. 5, 2017 is still taken into consideration. Trump said the six-month window is meant to give Congress time to figure out a permanent legislative solution.

Congress now has 6 months to legalize DACA (something the Obama Administration was unable to do). If they can’t, I will revisit this issue!

Mayra Guardiola, a graduate student in the English department, said she organized this protest because her family is affected by Trump’s decision.

“I mostly just wanted to let people know, in our TCU community especially, that someone is there for them,” she said, “They belong here and that I won’t stop fighting for them because they’re my family.”

The protest started at the Founders Statue, marched around campus and to the steps of Sadler Hall where participants gave speeches in support of DACA or spoke of their personal experiences. There were about 130 people who joined the march. Some people carried signs and chanted ‘Si Se Puede’ as well as other chants during the march.

Guardiola said she was not expecting such a big turnout for the protest.

“Much is yet to be learned about the full impact of this announcement, and TCU’s goal, as always, is to act with the best interests of our campus community in mind,” Boschini wrote. “We will also continue to provide support staff and other resources to DACA students during this ambiguous time. We recognize the value of this population in bringing the noble aspirations of our campus, and our nation, to life.” 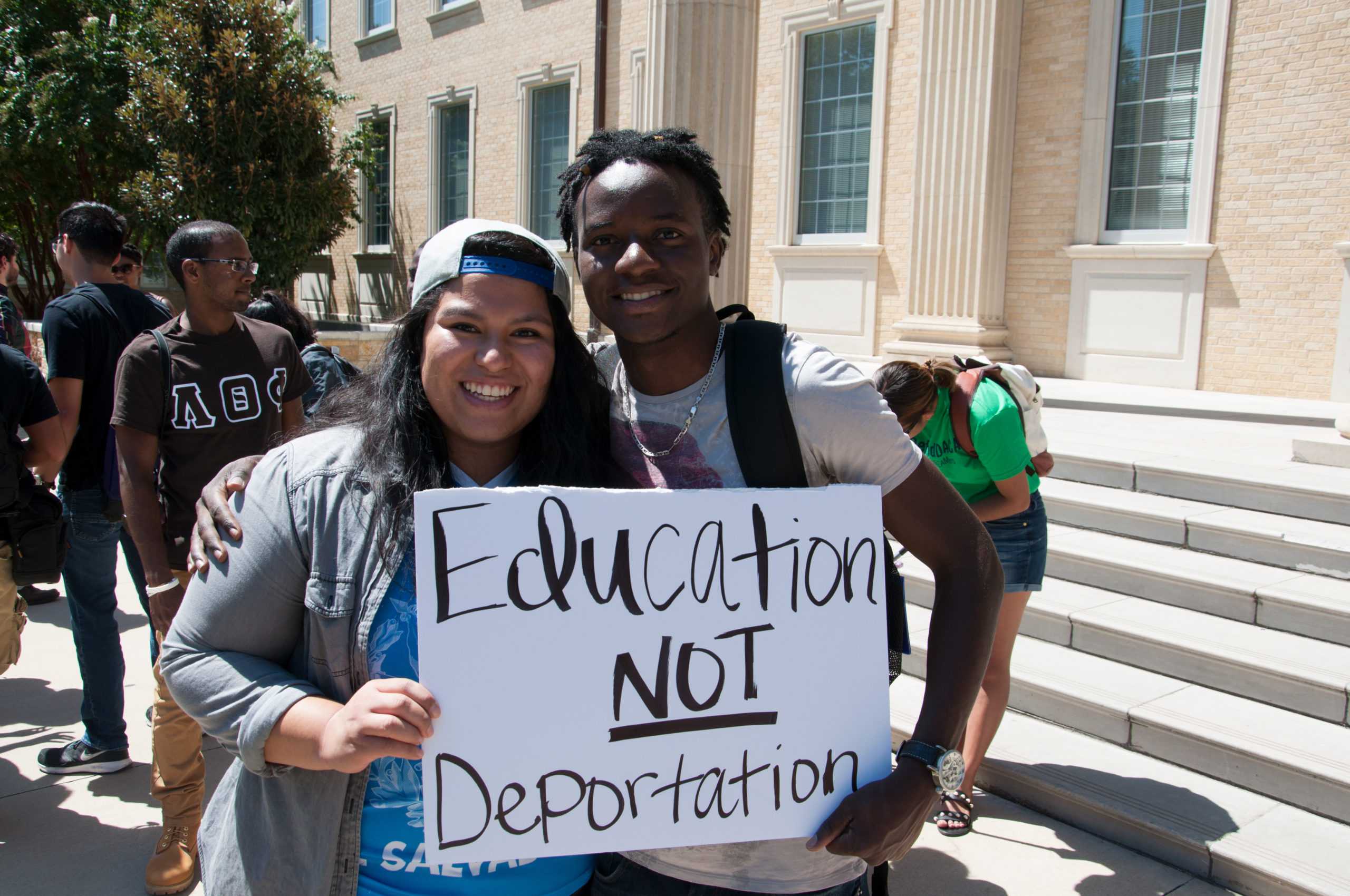 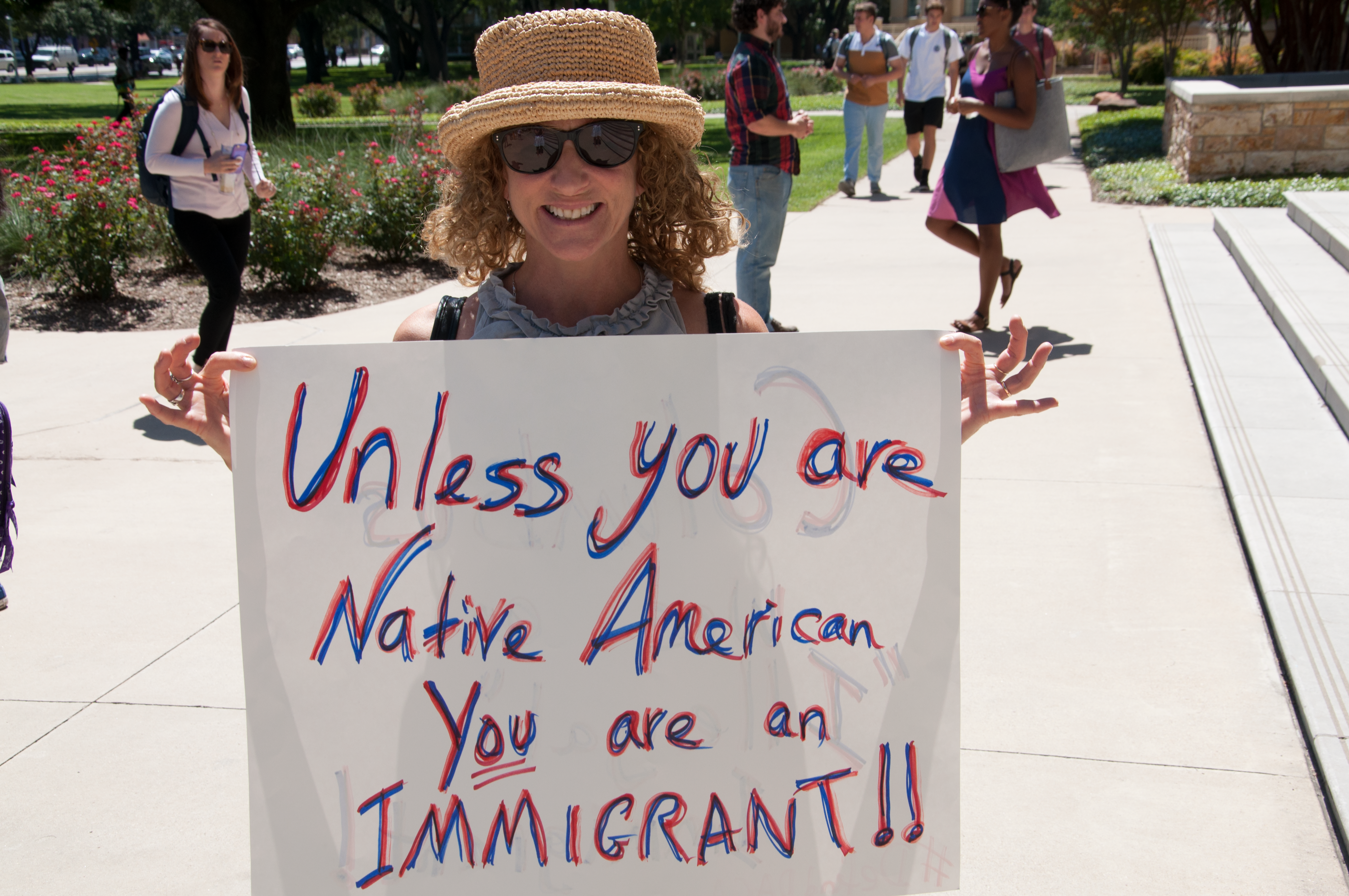 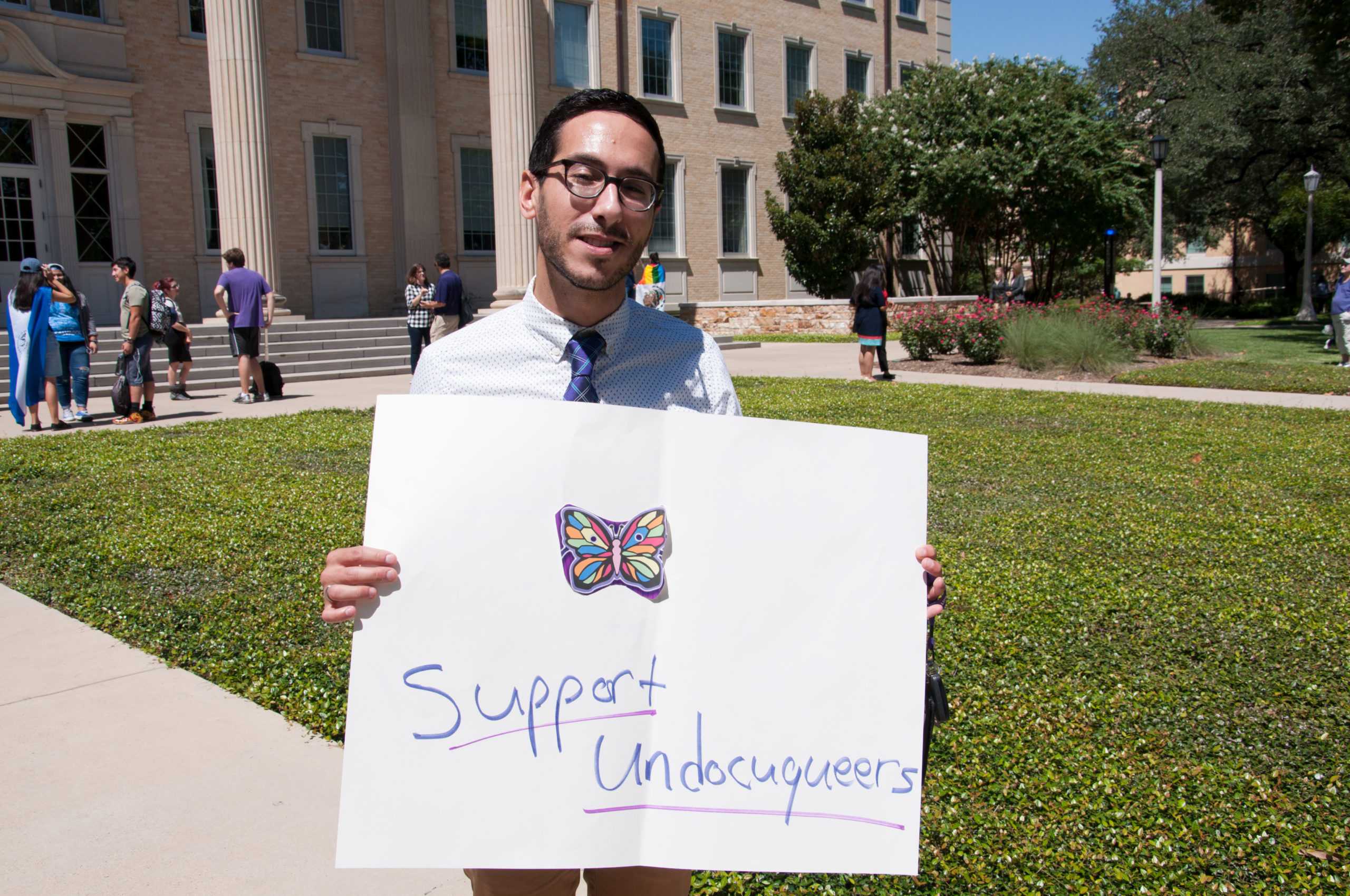 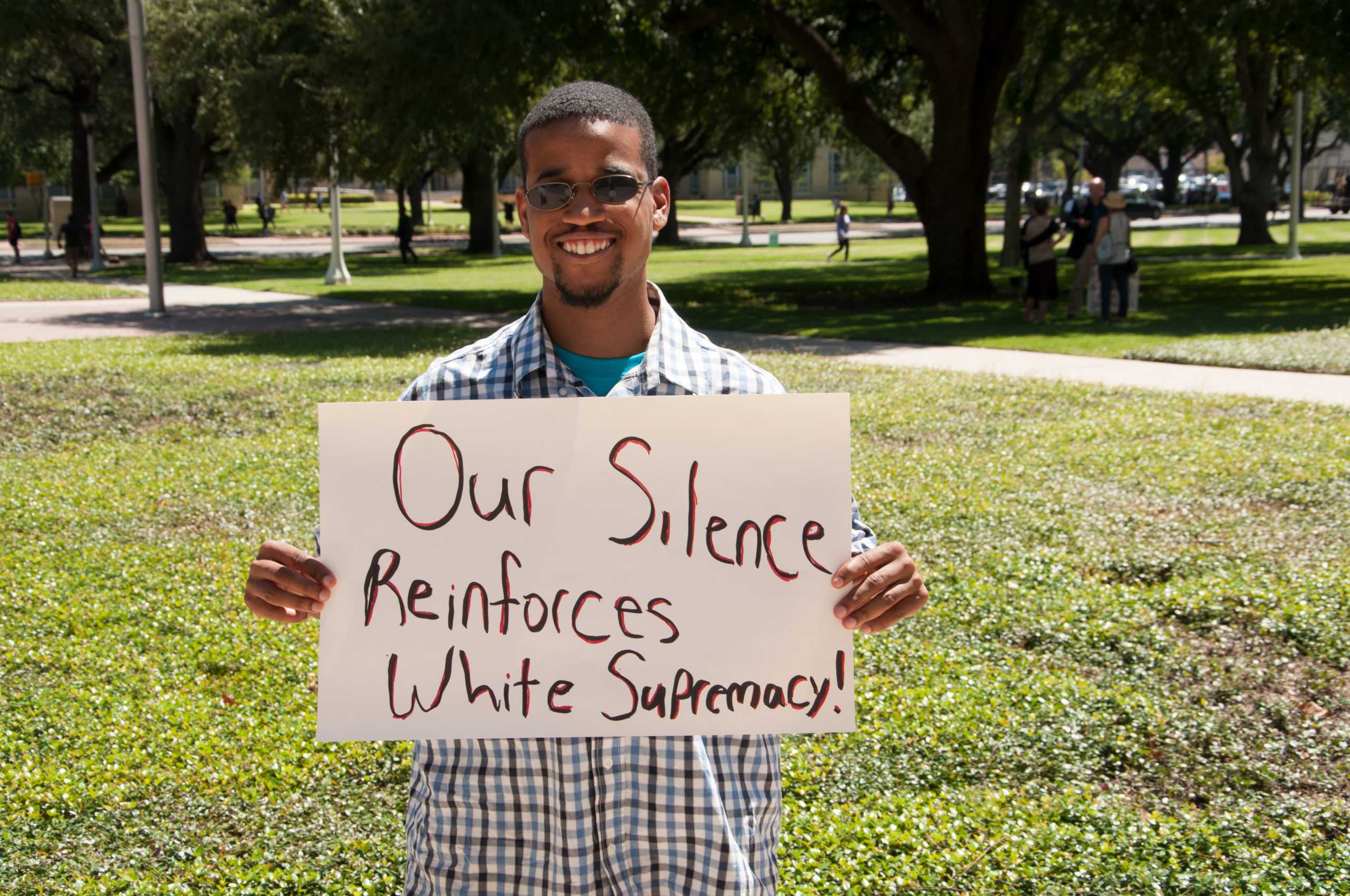 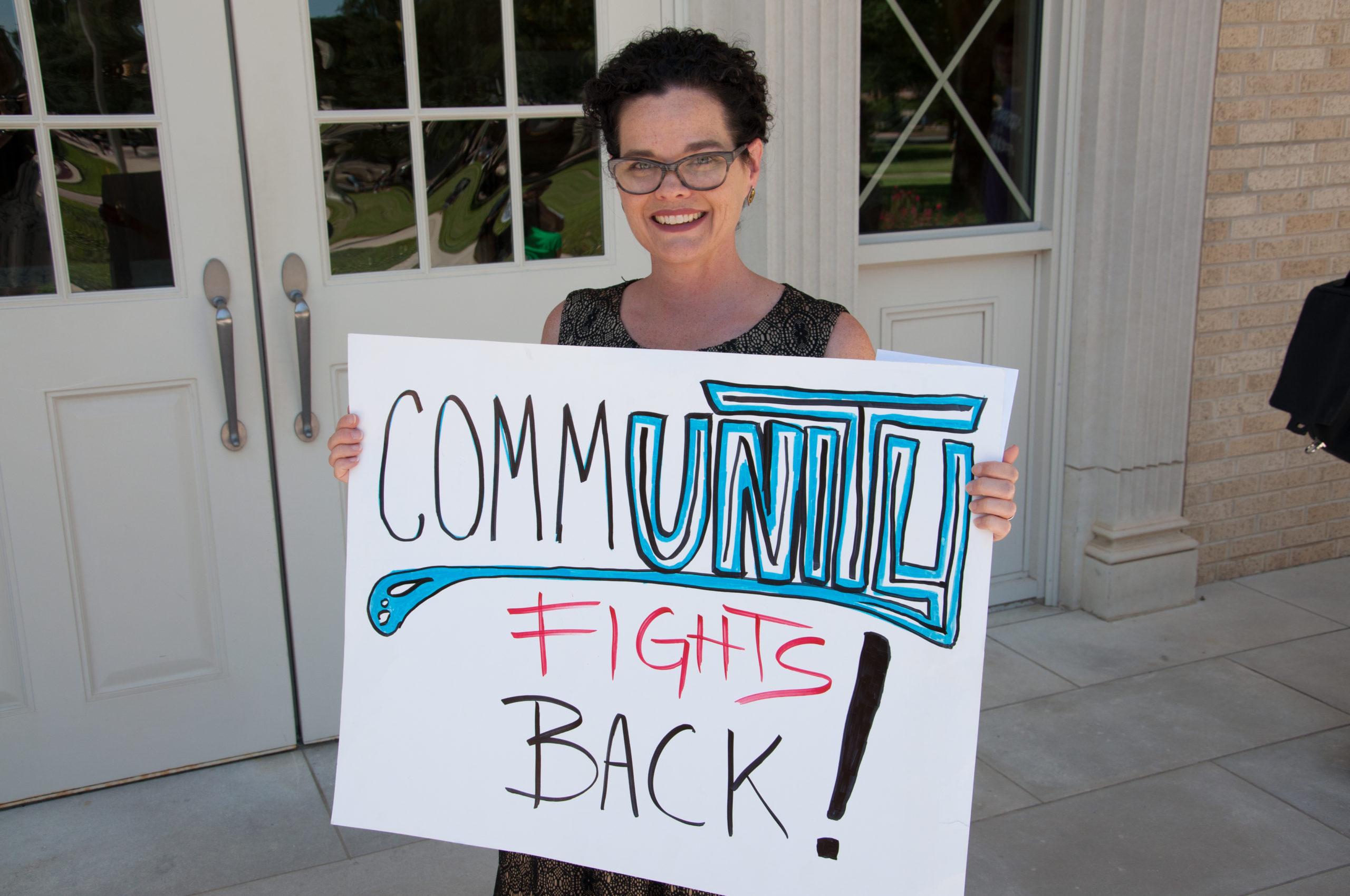 Some faculty and staff members said they felt frustrated over the lack of a stronger response in support of DACA, citing a list of more than 600 university chancellors and presidents who signed a letter in specific support of DACA. Boschini responded that it is his practice to never sign any open letters calling for policy action. He said that he personally finds them ineffective and will instead work with legislators he knows to make sure the process is handled with “respect and dignity.” He encouraged all members of the TCU community to do the same.

“Moving forward, TCU will continue to adhere to all applicable laws and university policies and guidelines, including the Family Educational Rights and Privacy Act, which applies to all students, regardless of immigration status,” Boschini said. “We will continue to keep our campus community apprised of further developments as they are known.”

Guardiola said that moving forward she plans to continue to take a stand against the DACA decision.

“My main purpose is for the university to take an official stand to make all students here feel welcome and not vulnerable and in fear of getting their education,” she said.

However, not everyone who turned out Wednesday morning was there in support of keeping DACA. Some students who supported the ending of DACA observed the protest from along the march route.

Others took to social media to voice their displeasure at the march. Several people commented on the TCU 360 Facebook Live video of the protest, for both sides. A collection of those comments is found below.