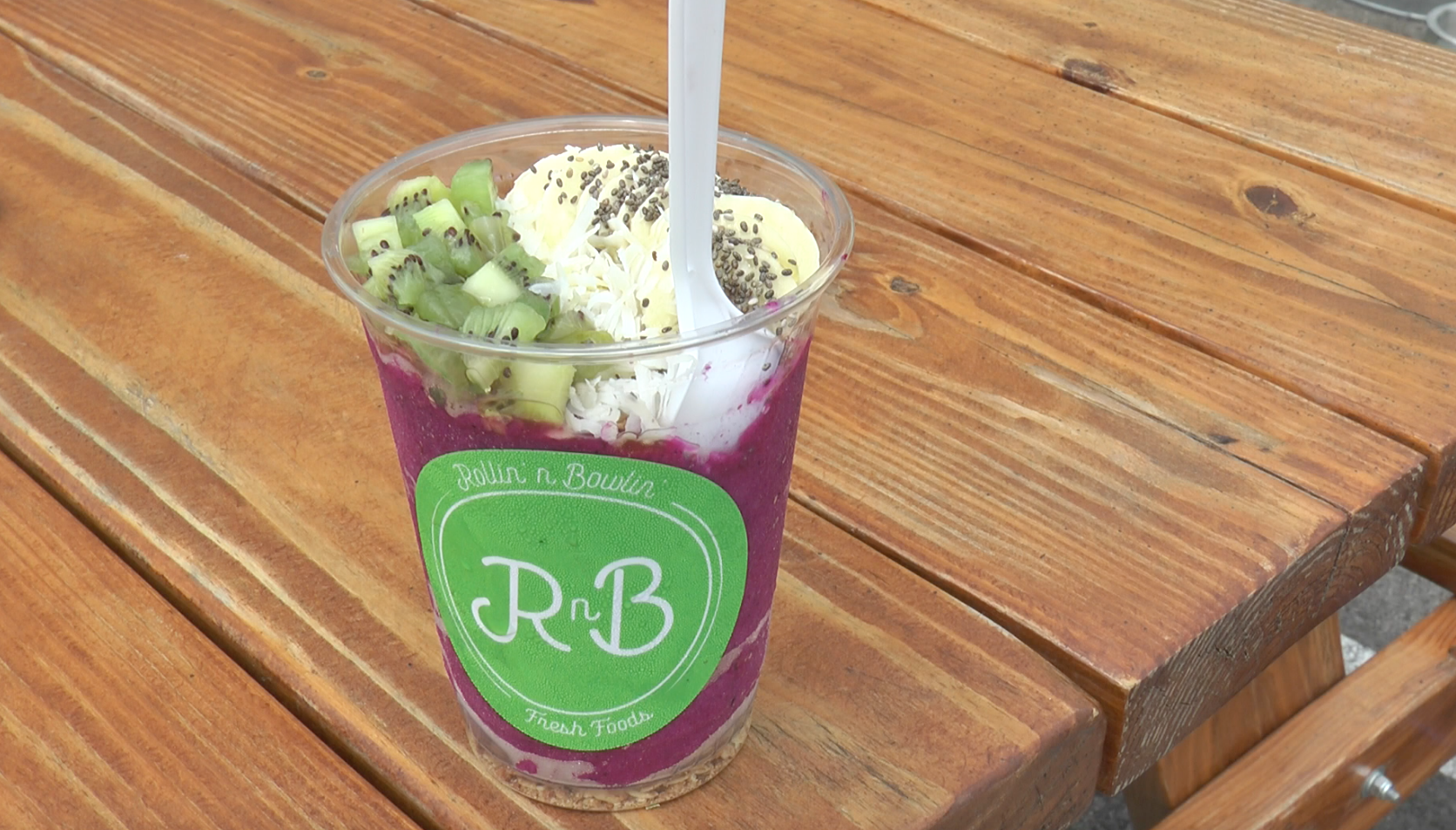 Two TCU alumni have moved their açaí bowl business out of the kitchen and into a food truck.

Sophia Karbowski and Austin Patry, both class of 2017, are the co-founders of Rollin’ n Bowlin’, Fort Worth’s first food truck and catering company that serves açaí bowls and smoothies.

The duo run their business out of a food truck located in the parking lot of Pop’s Gym at 3212 Collinsworth St. Since their launch in July, they’ve sold over 3,000 bowls – each priced between five and nine dollars.

“It’s been amazing,” said Patry. “Just knowing that our success is solely determined on how hard we work, it’s really motivating.”

Karbowski said it’s been really validating that after being open for only two months to have over a hundred returning customers. Customers like TCU student Kristin Mullins.

“I get the same thing every time, and it’s consistently delicious,” Mullins said. “I go every Tuesday and Thursday for breakfast.”

Although they officially opened their doors to the public July 22, the pair were in business months before making the bowls out of  Karbowski’s kitchen. It was just last May that the duo was trying to balance classes and graduation with their growing business.

“It was crazy because Sophia was in 21 hours and I was in 18,” said Patry. “We’d have maybe an hour in-between classes and we’d be making bowls for people.”

The pair had the idea for their business after being in a class together. Now, they have a new logo, merchandise and eight employees.

Karbowski and Patry said this is just the starting point as they are in the works of opening a restaurant near campus within the next two years. For now though, the pair plans to continue working on building their customer base and brand. Anyone looking to stay up to date on Rollin’ n Bowlin’ events and specials can check out its Instagram account or website.

The opening date of Rollin’ n Bowlin’ was incorrect in earlier versions of this post. The story has also been edited to reflect how Sophia Karbowski and Austin Patry had the idea for the business.