TCU 360All TCU. All the time.
76.2 F
Fort Worth
Facebook
Instagram
Twitter
TCU 360All TCU. All the time.
Multimedia TCU community reflects on suicide prevention at vigil
Facebook
Twitter
Linkedin
ReddIt
print
Frog Fountain was turned off Monday night to reflect on the lives lost to suicide on TCU’s campus in silence. This was part of the candlelight vigil held to encourage students to look out for one another’s mental health as the TCU community discussed the impacts of suicide and prevention methods.

Two TCU students spoke about their own personal experiences with suicide.

Madelon Allen, a senior strategic communication major, reflected on her experience losing her mother to suicide during her sophomore year at TCU.

Izzy Sanchez, a former Marine, felt suicidal after his boyfriend died while serving in the military abroad.

Dr. Linda Wolszon, the director of TCU counseling and mental health center, discussed losing her father to suicide while she was in college. 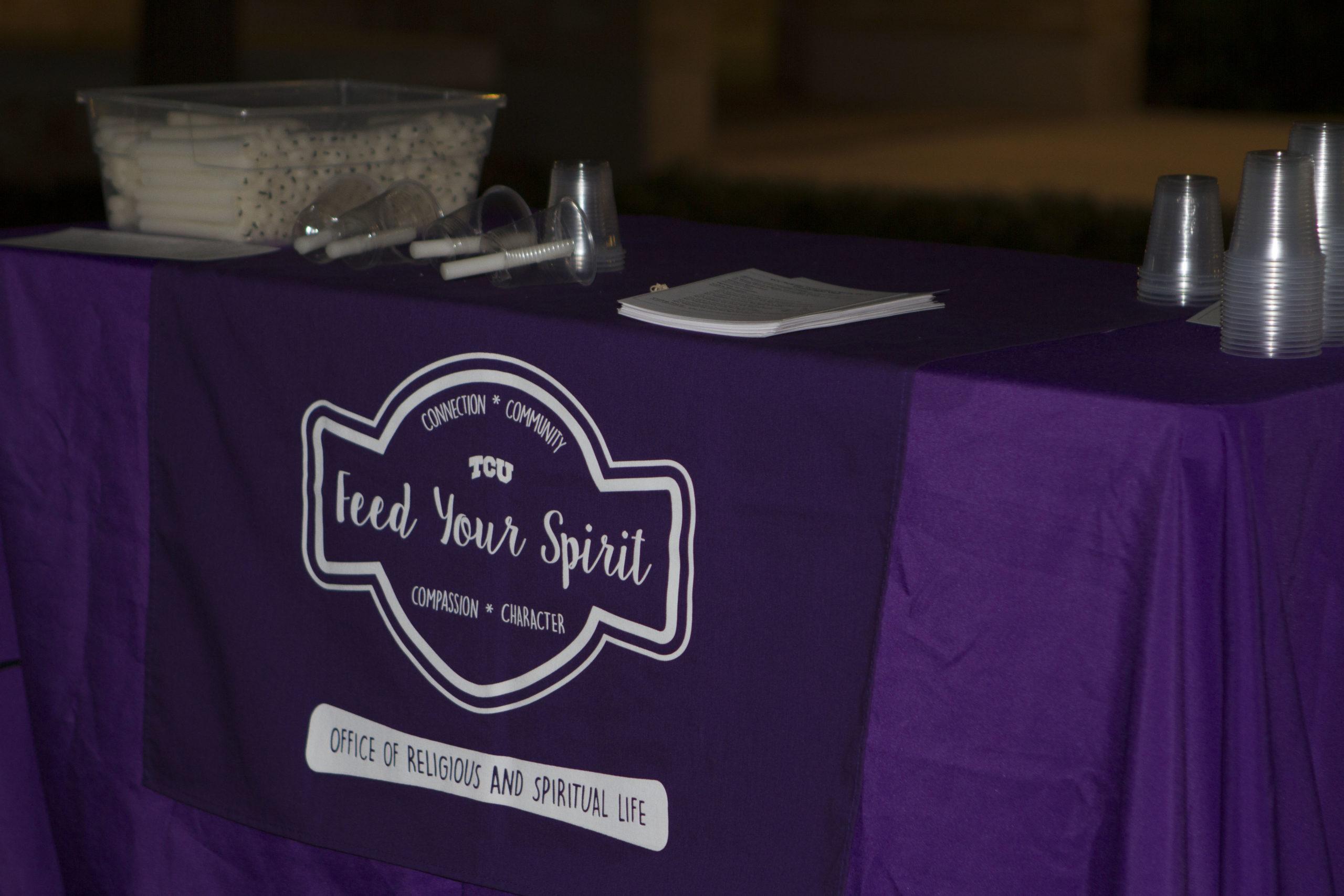 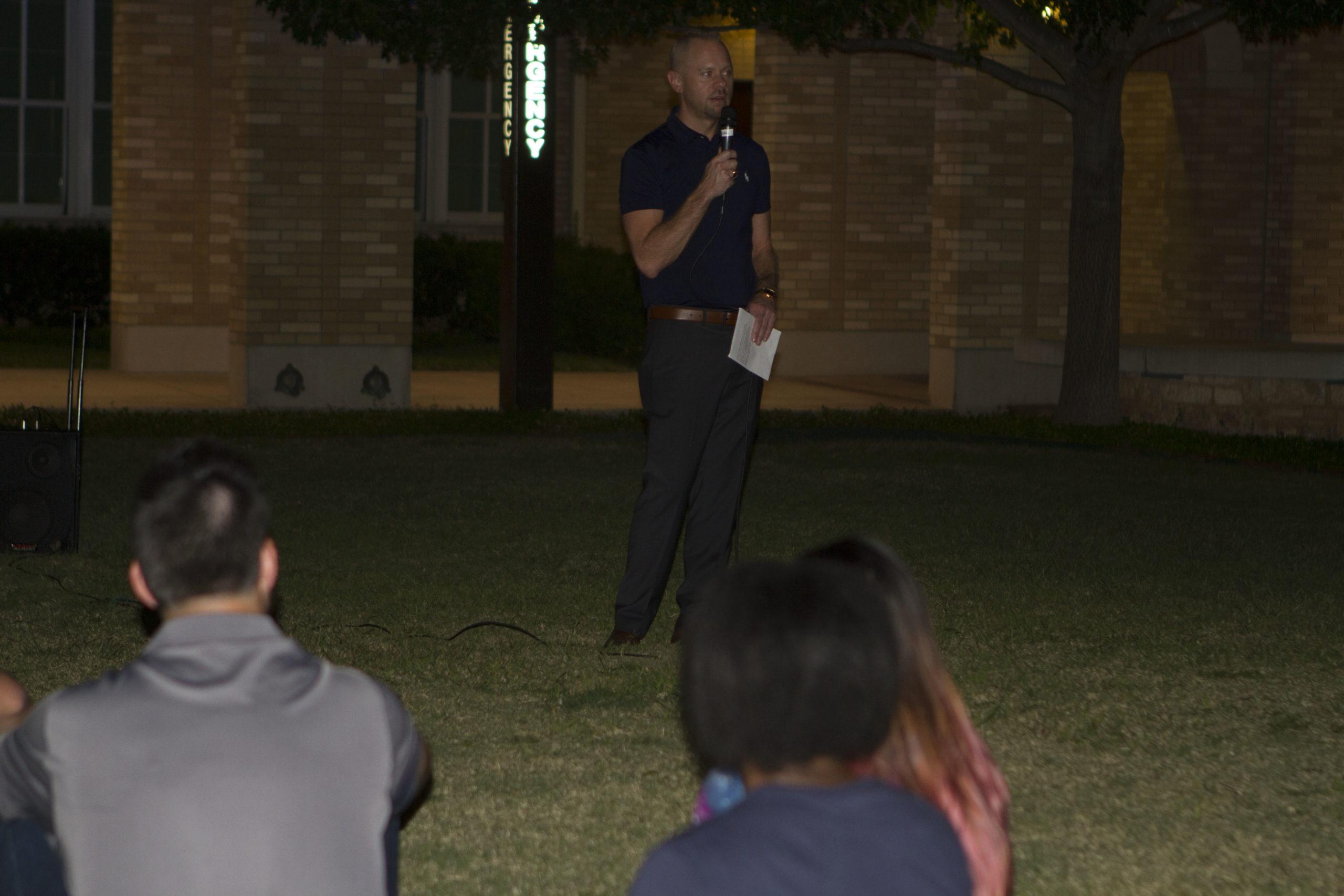 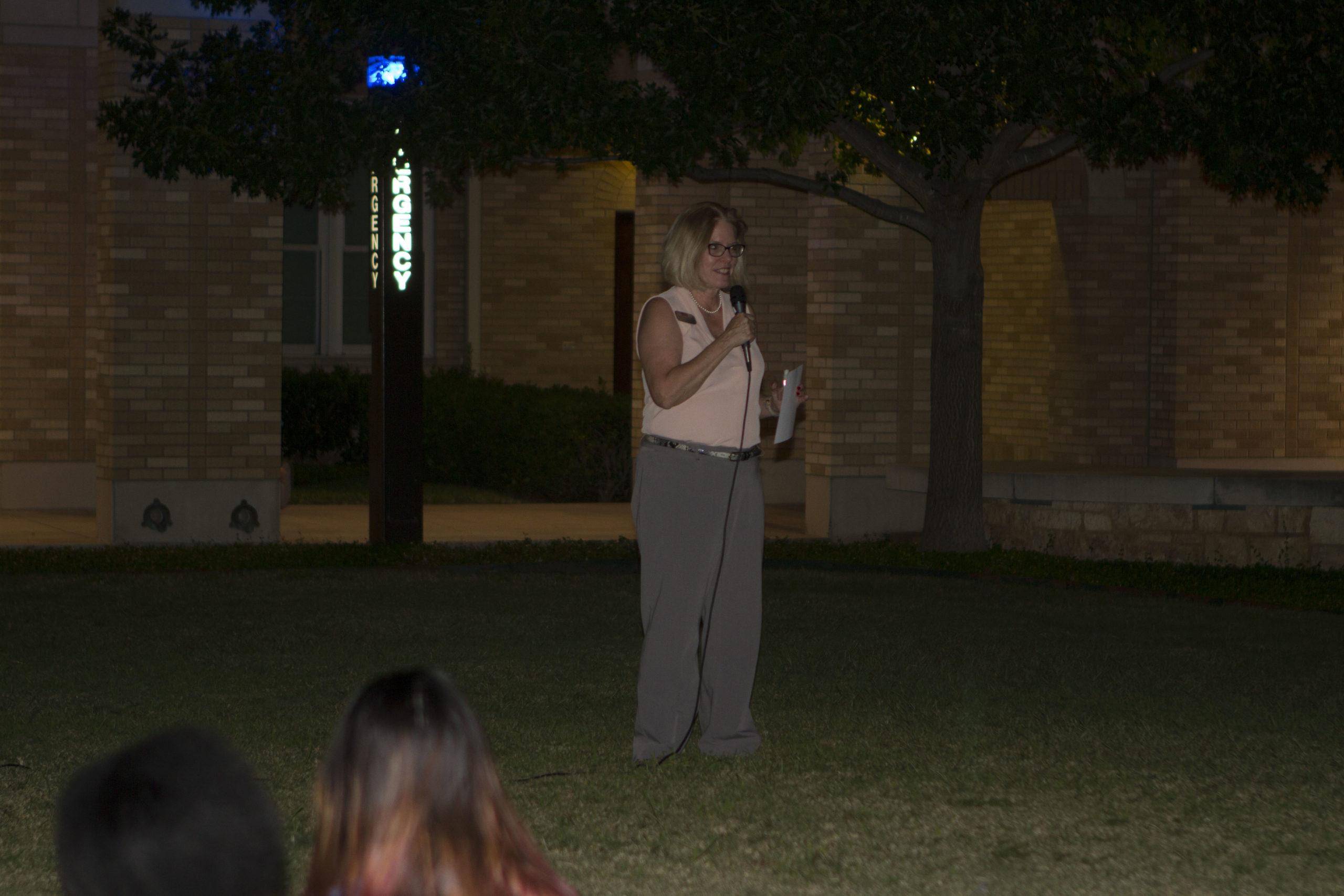 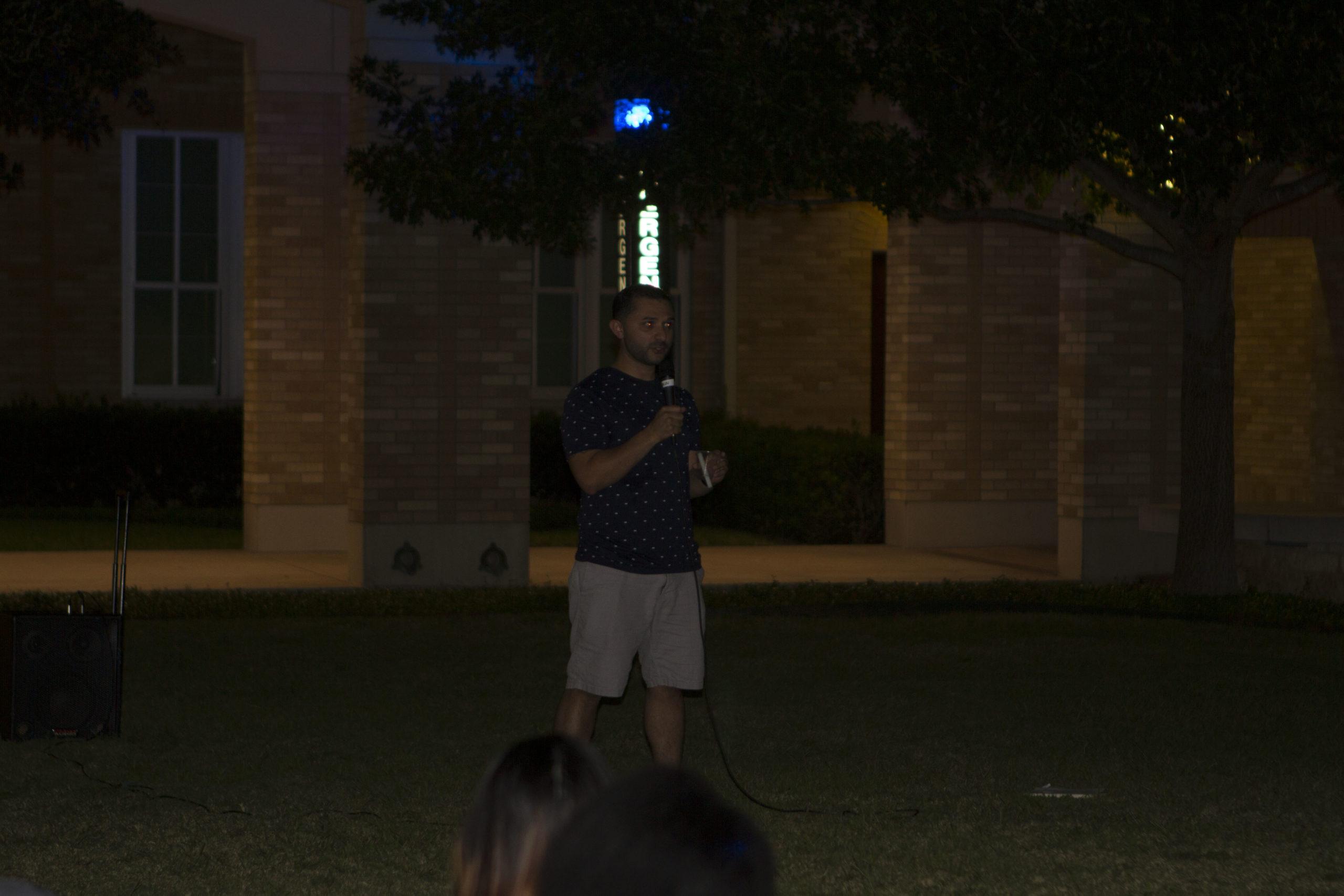 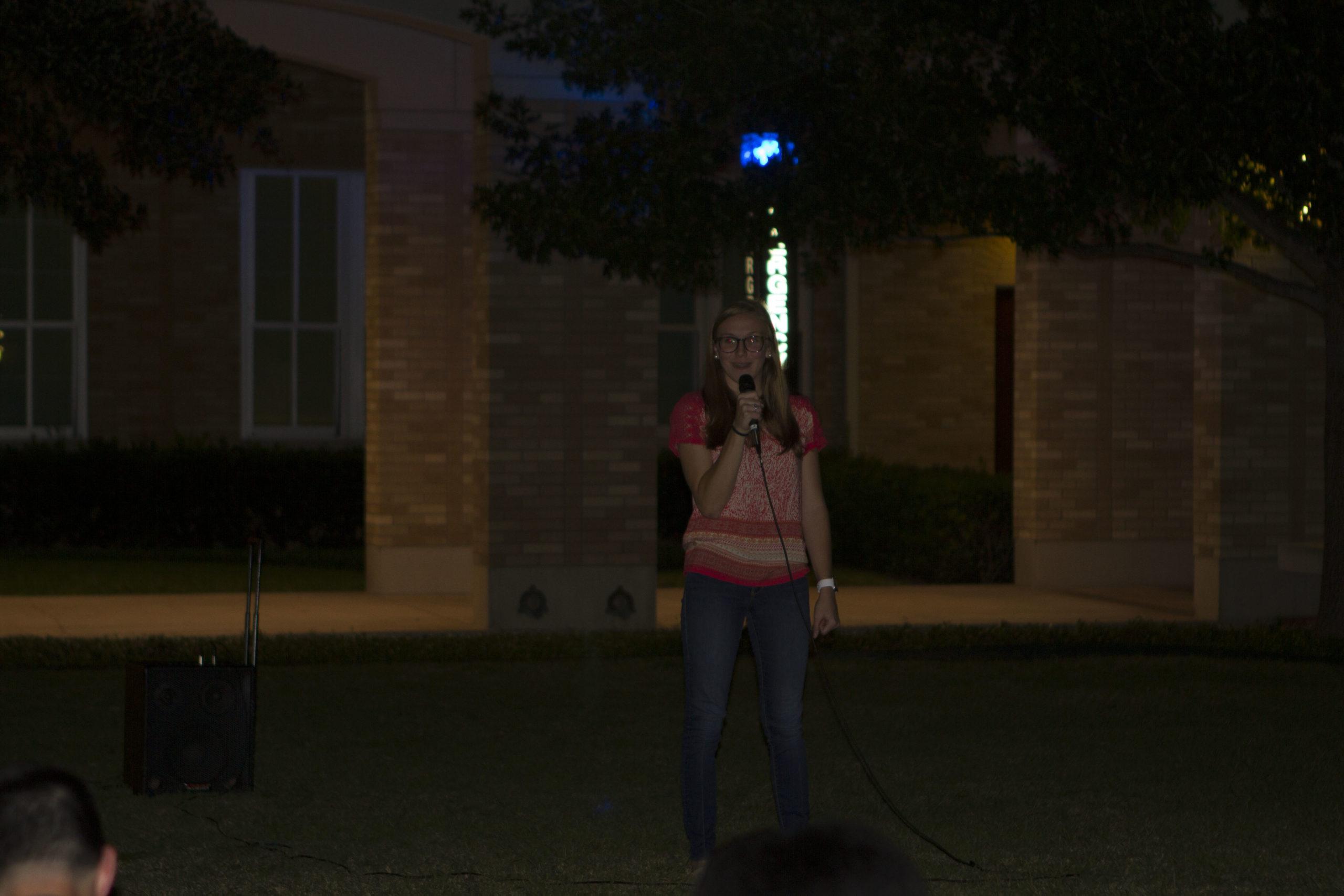 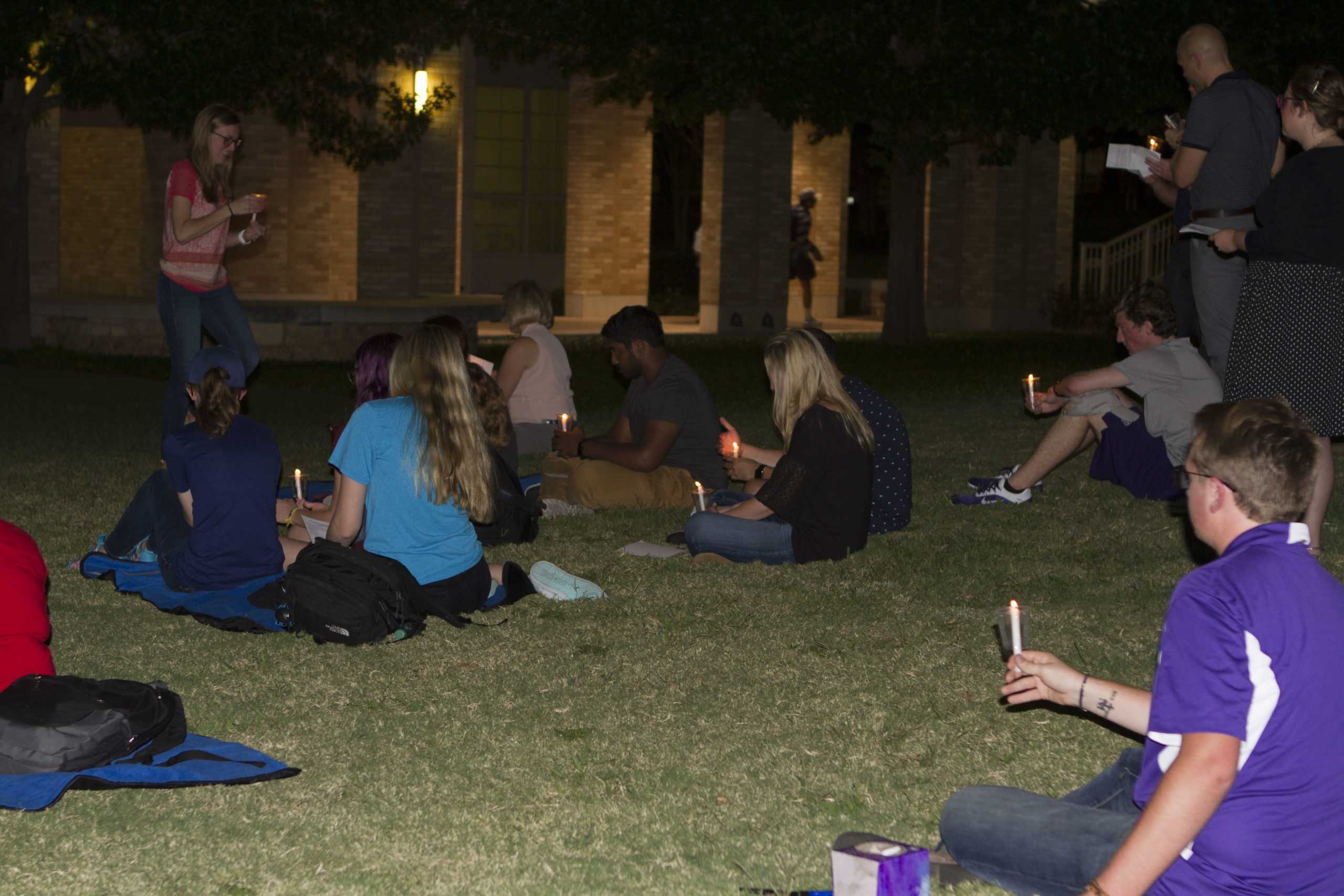 Since 2010, TCU has lost seven students to suicide. Wolszon said the purpose of the vigil is to spread a message of hope.

“We may have lost people to suicide and we’re heartbroken about it,” Wolszon said, “but this campus is a culture connection of people caring about each other.”

Abbey Widick, a junior political science and communication major and the student body vice president of operations for SGA, said it isn’t just the counseling center that cares, but faculty and staff as well.

“Last week when I was feeling extra stressed, one of my old professors, Dr. King, emailed me and said, ‘Just checking on you, you didn’t seem like yourself today,'” Widick said. “I can’t even explain how much these little gestures mean just to know how many different people care.”

“For the last two and a half weeks of school, we’ve had 51 students come into the counseling center just since the first day of class,” she said. “[They] report some thoughts of suicide — whether it’s fleeting or whether it’s more frequent.”

The counseling center also continues to train and educate faculty, staff and students on how to prevent someone from committing suicide and how to recognize the risk factors and warning signs of someone who may be suicidal.

Wolszon said multiple factors contribute to a person becoming suicidal. According to TCU’s suicide awareness campaign R U OK?, some of these risk factors may be feelings of hopelessness, impulsivity, lack of social support, untreated mental illness, alcohol or drug abuse.

“This is our opportunity to be aware of it and to take action,” she said. “It doesn’t take much for someone to have a real conversation and say, ‘How are you doing?’ That can interrupt thoughts of suicide.”

Widick said she continues to encourage students to confide in someone who may be struggling with thoughts of suicide.